In line with the renewed vision of the Commandant General ( CG ), Nigeria Security and Civil Defence Corps ( NSCDC ), CG Ahmed Abubakar Audi, PhD, mni, to rejig, revamp, reposition and re – invigorate the Corps, he has swiftly, charged the Peace and Conflict Resolution Department ( PCRD ), at the NSCDC, National Headquarters ( NHQ ), Abuja, to train Divisional Officers and Peace Desk Officers, in all the State Commands of the Corps, on the timely need to scale up interventions, in the settlements of conflicts and disputes, communal clashes and conflicts between farmers and herders, by embracing Alternative Dispute Resolution ( ADR ) mechanism.

The one ( 1 ) – day capacity building titled, “Sensitization and Evaluation of Peace Desk Officers and Divisional Officers in Lagos State Command,” which was facilitated by Superintendent of Corps ( SC ) Bisi Idoko, from the PCRD, NHQ, was held today, Wednesday, 29th June, 2022, at the Lagos State Command’s Pavilion, in Alausa, Ikeja, Lagos. 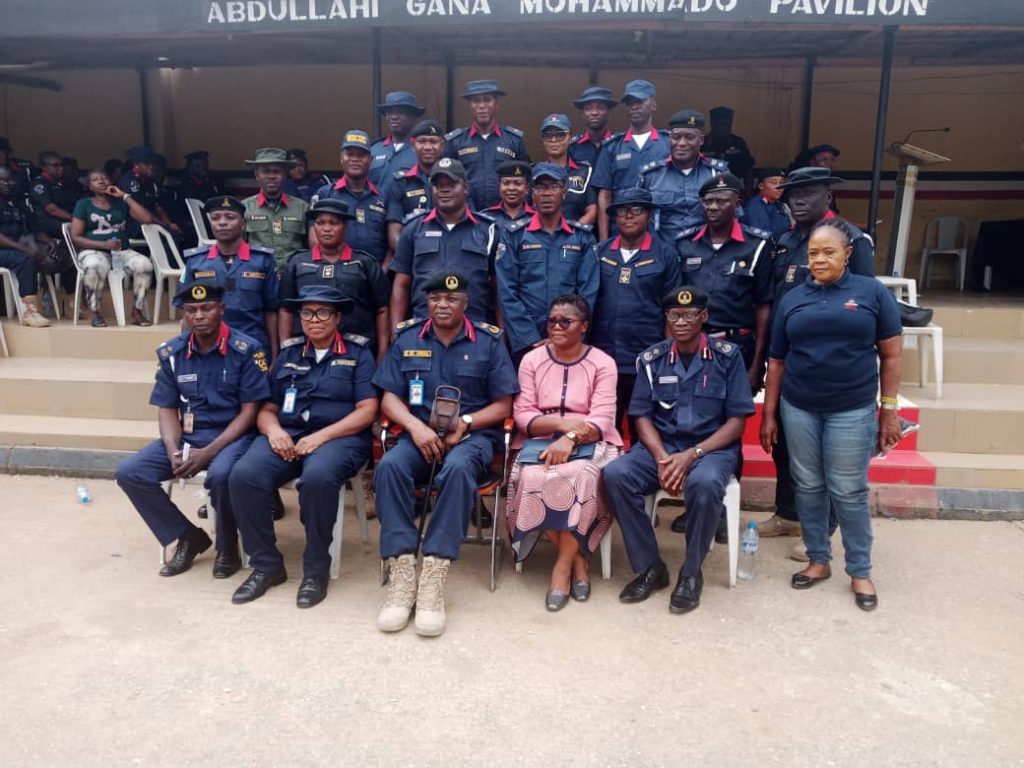 SC Bisi Idoko, the NHQ facilitator, in her lecture, said, “the amended NSCDC Act of 2007; Section 3 Subsection 1, U6, stipulates that the Corps shall “have power to arrange and mediate in the settlement of disputes among willing members of the public.”

The Commandant, NSCDC, Lagos State Command, Commandant Eweka Edenabu Okoro, msc, acma, cna, also seized the event to charge the participants, at the workshop, in Lagos State Command, to key into the vision of the CG, so as to help bring lasting peace and settlements to conflicts and disputes, either in the area of interpersonal conflicts, which include ; marital / family conflict, land dispute, indebtedness, breach of trust, communal clashes and conflicts between farmers and herders, in our larger society.