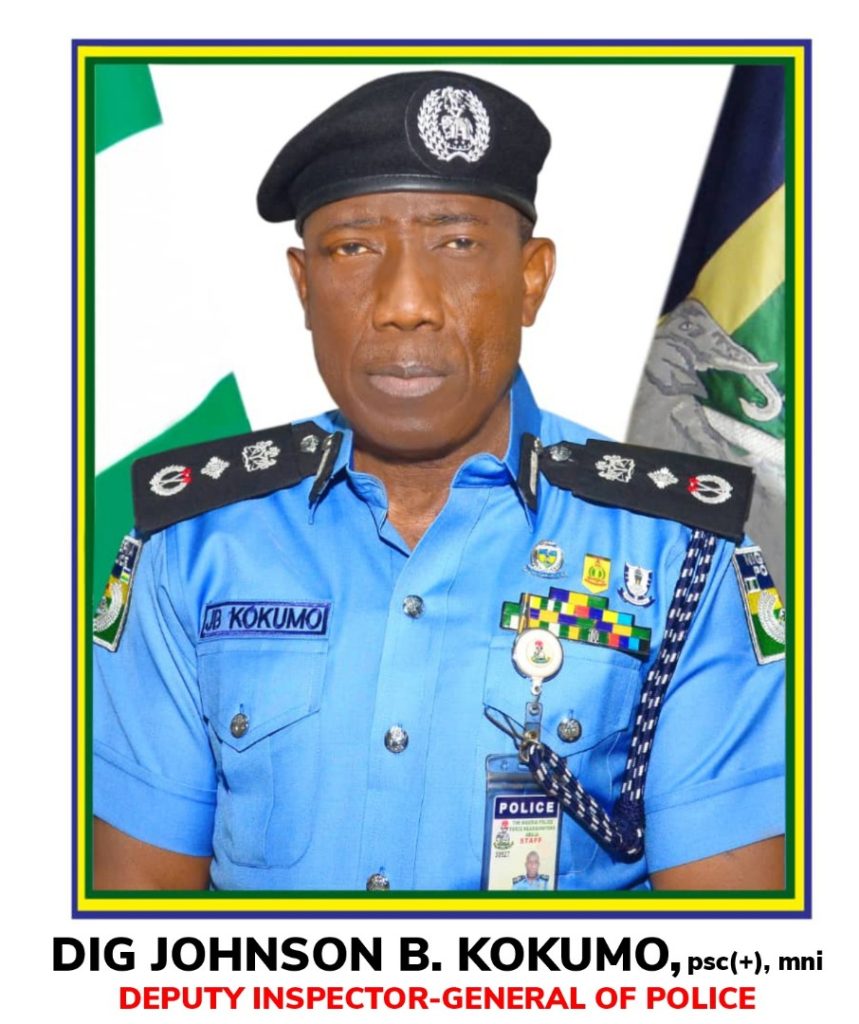 DIG Johnson Babatunde Kokumo, was appointed to the Nigeria Police Force as a Cadet Assistant Superintendent of Police in 1988.

He has attended several specialized and strategic courses within and outside Nigeria including the Forensic Science and Application of Forensic and DNA Skills Course at the University of Benin.

He has equally served in various operational, investigative and administrative capacities within the Force, some of which include Commanding Officer, 16 Police Mobile Force, Abeokuta; Deputy Commissioner of Police, General Investigations, FCID; Commissioner of Police in both Edo and Osun State Commands, and Assistant Inspector-General of Police, Federal Operations, and the Zone 2 Command, Lagos.

Until his recent posting, he was the DIG in charge of the Department of Research and Planning, Force Headquarters, Abuja.

The posting is with immediate effect.