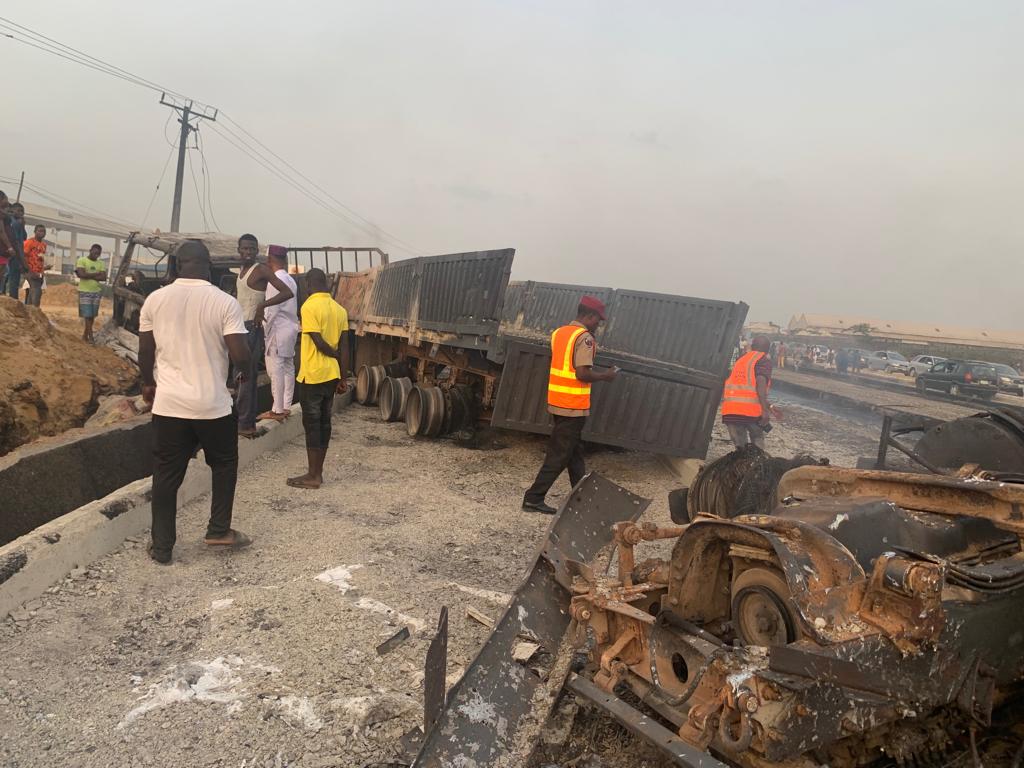 The Federal Road Safety Corps Lagos Sector Command charges motorists who ply the roads especially the Lekki-Epe Expressway to avoid wrongful overtaking and be safety conscious at all times.

He stated this arising from the crash that occurred around 1800hrs infront of Eleganza factory on the Lekki-Epe Expressway on Sunday 27th March, 2022.

The crash which involved a loaded tanker with PMS, a truck and a motorcycle, killing a total of six male.

The six male died in the inferno resulting from the collision of the loaded tanker with PMS and the truck, while the bike rider was caught up in the fire, the corpses had been deposited at the mortuary. 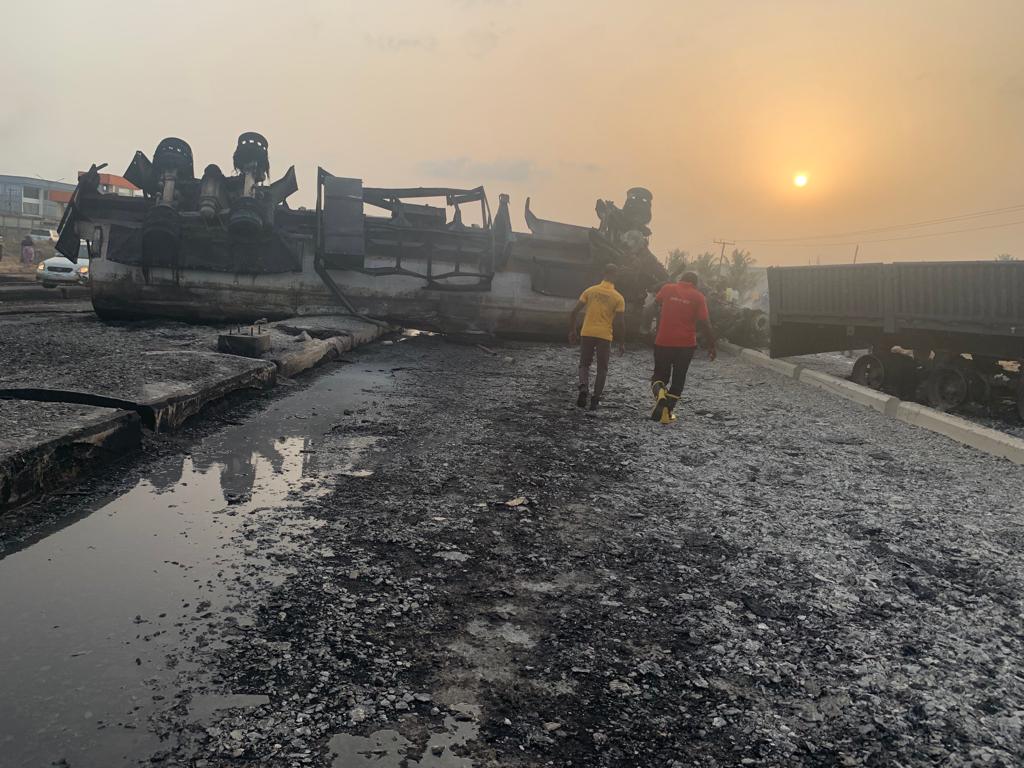 The Sector Commander FRSC Lagos Sector Command Corps Commander Olusegun Ogungbemide said that all the responders which include FRSC, Lagos Fire service, Nigeria Police and other sister agencies are making efforts to remove all the crashed vehicles and bike off the road and to restore normalcy along that axis.

He also advised motorists plying all roads to be careful and drive safe because the crash was as a result of recklessness of the two articulated vehicles while trying to overtake each other.

The Sector Commander pleads with road users to be patient and disciplined to prevent avoidable crashes.

He reiterated that the Command’s war on reckless Articulated drivers and rickety vehicles will continue unabated until desired results is achieved.