IGP BABA TO POLICE OFFICERS: ‘DO YOUR JOB PROFESSIONALLY AND CONSCIENTIOUSLY’, ASSURES OF SALARY INCREMENT, TAX RELIEF, OTHERS 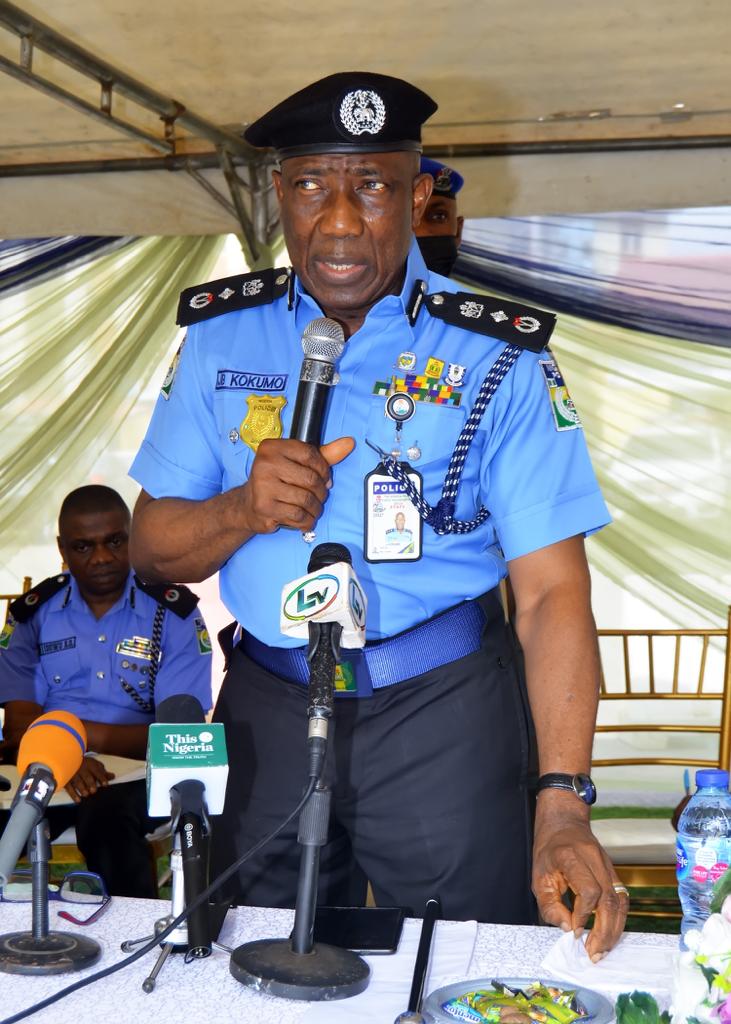 The issues of better welfare and conditions of service of the men and officers of Nigeria Police is a matter of interest for people within and outside the security agency. For about a week, there were concerns that some police officers could embark on a strike or protest. 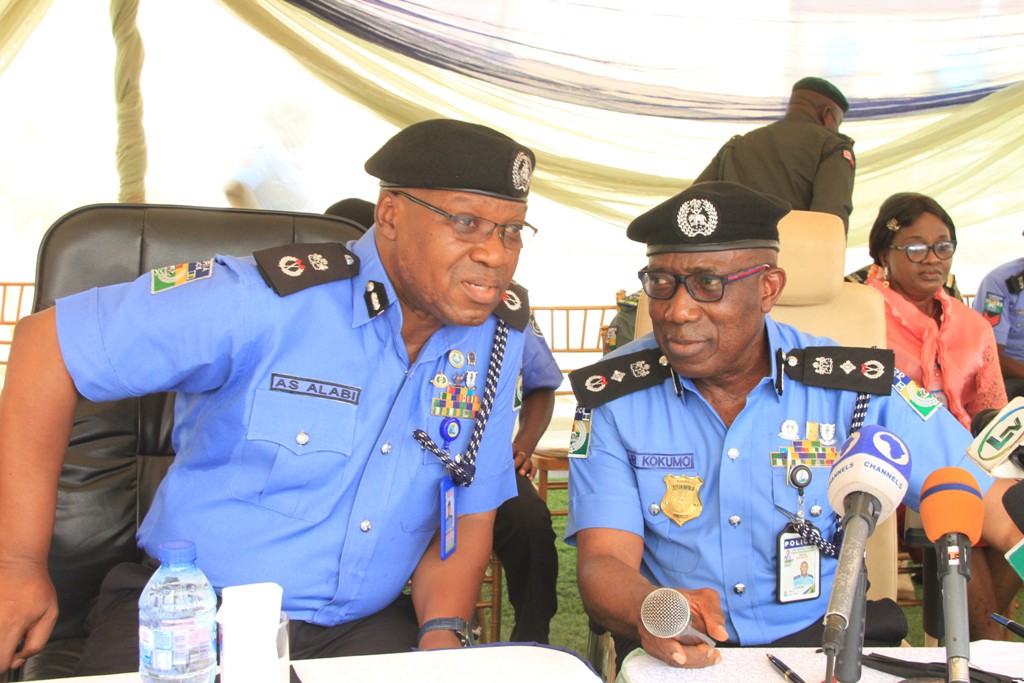 This topped the priority of the discussion when the Deputy Inspector-General of Police in charge of Research and Planning, DIG Johnson Kokumo paid a visit to Lagos yesterday. 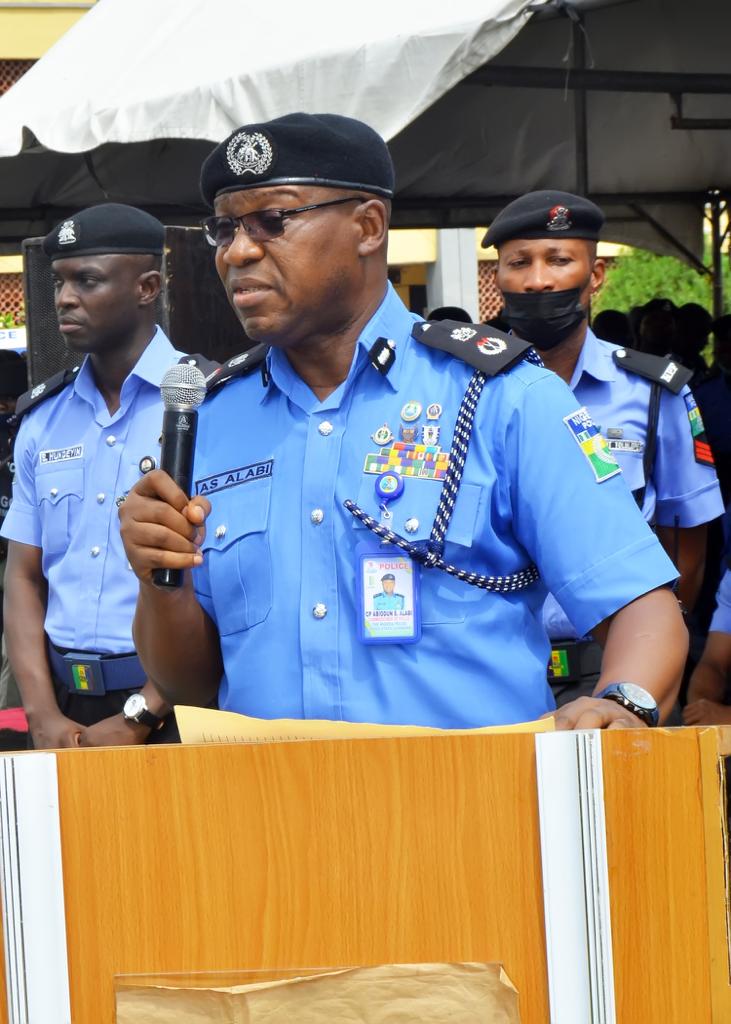 This important visit enabled him to interact and discuss with top officers as well as the rank and file in Lagos State of the South-West geopolitical zone of Nigeria. The meeting had in attendance Assistant Inspector General of Police, Zone 2, AIG Bode Adeyinka Adeleke, AIG in charge of Marine, AIG I.S Kaoje, Commissioner of Police, Lagos Command, CP Sylvester Abiodun Alabi, CP in Charge of Police College, CP Gbenga Asafa, Deputy Commissioners of Police, Area Commanders, DPOs and all other police officers at the Lagos State Command Headquarters in Ikeja, Lagos.

Desist from all forms of unprofessionalism
Serve the Public well by driving in the clear directive to serve to the best of your Ability
He says the President has caused an increase in the Salary and the process is on-going,as it requires inter ministerial proceedings
He enjoins them to Exercise a little patience as the directive ordered by the President  is being implemented
In addition to the Salary increment tax relief package  has been granted to improve welfare of the Personnel
Opinion Poll upholds the fact Police does not embark on strike action,and
continuous service of the entire Personnel
Training on going,and it is
imperative to be Law abiding

The Police kits accoutrements  and Uniforms should be collected in Abuja 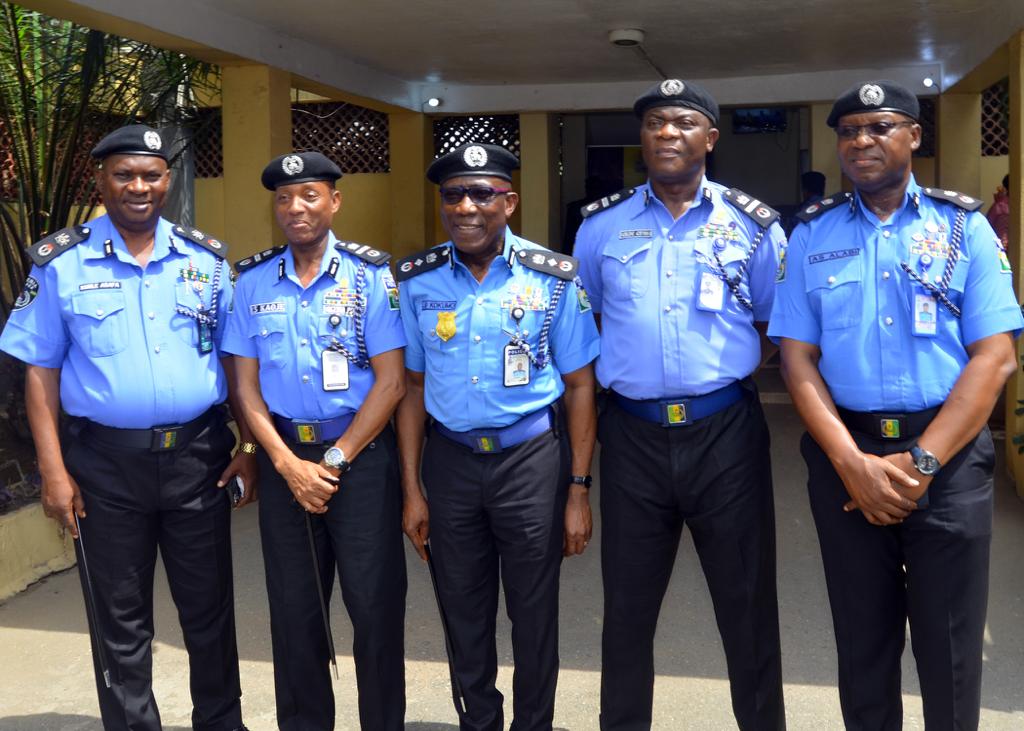 Speaking at the meeting, DIG Johnson Kokumo said: ‘The issue of promotion is being looked into by the IGP. The President has given instructions and approval that more policemen should be employed and training is ongoing in all the training colleges. To facilitate the ongoing training, the refurbishment of facilities are ongoing including Police College Ikeja here.’

‘There are many areas that our IGP is making frantic efforts to improve on our welfare. Actualization is under process. It is not something that will be solved immediately. It will require inter-ministerial efforts involving ministries of Police Affairs, Finance, salaries and wages to put this together. The increment has been ordered by the President, it remains in force, and no one can refuse the order.

The implementation process is ongoing. I want to assure you that in a short while, you will have your salaries with the increment ordered by the President.

Added to that, tax relief has equally been granted to increase the total package that you go home with at the end of the month. It is intended to better your lot and to improve your welfare’, National Association of Online Security News Publishers, NAOSNP can reliably report.

DIG Kokumo then asked the men and officers to do a good job. ‘It is therefore a duty on your part that to be law abiding as a civic responsibility and as law enforcers. It is common knowledge in Nigeria that Police is lead agency in internal security. As lead agency, we should be able to occupy our position effectively and adequately.’

Allowing the police officers, especially the rank and file to freely interact with him, DIG Kokumo answered further questions bothering on promotion, pensions, among others.

One of the questions posed is what is the effort of the Police management team about the contributory pension scheme?
To this, the DIG responded: ‘Welfare is before the National Assembly. I happen to be one of the DIGs that attended the public hearing at the House of Representatives when DIG Sanusi led the Police contingent. We were there with a position paper on the instructions of the IGP.’

‘It will surprise you to know that many people who are not Police officers were there to solidarize with us at the House of Representatives. I want to implore you to exercise a bit more patience to expect the outcome of National Assembly. There is hope it may also impact our salaries.’

Another officer hinted ‘Nigeria Police is blessed with a lot of people that are well-educated. Among them are lawyers, accountants, some of them even get to the extent of having a second degree and PhD. But sometimes through the ranks, some of them are not allowed to display their intellect and education they have acquired to the furtherance of Police. We want you to do something so that they can get to a level where they can use the education they have acquired’

His response, DIG Kokumo said: ‘The IGP is looking into the issue of promotions. Some have spent a long time on a particular rank. Every personnel would have his/her position as when due. You can be very sure that necessary machinery has been put in place. In cases where some have their promotion delayed due to disciplinary matters, once they are exonerated the promotion will be approved.’

Another low-ranked officer asked why the problem of Police is always exposed to the public. ‘Is it only Police that has problems, why is it so?’

To this, DIG Kokumo commented: ‘The issue of Police is of immense interest to the public because we are very important. It is a constitutional matter that the Police has come to stay, that is why we tell you to do your job professionally and conscientiously. If you do it well, you receive commendation, if you don’t, you receive condemnation. Let us work ethically’