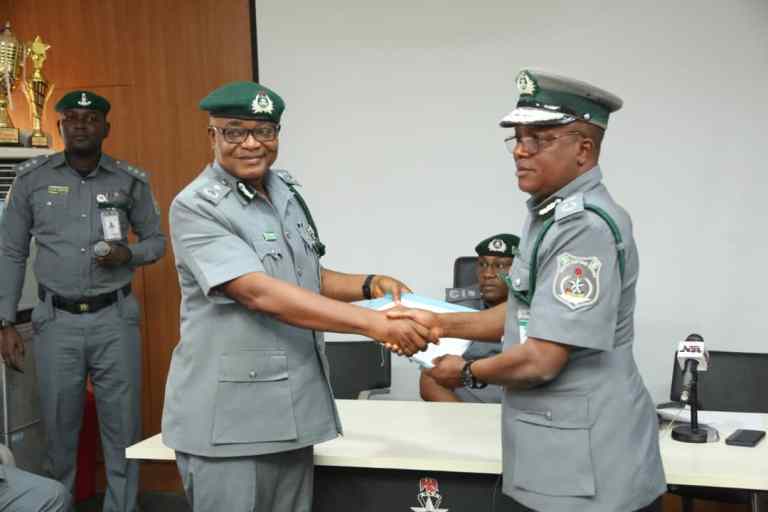 Timi Bomodi, a Deputy Comptroller of Customs has on Friday taken over from Comptroller Joseph Attah, as the National Public Relations Officer of the Nigeria Customs Service.

The handing over took place at the Headquarters of the Nigeria Customs Service in Abuja.

In his farewell remarks, Comptroller Joseph Attah who held the position for over six years appreciated the Comptroller General of Customs, Col Hameed Ali (Rtd) for the appointments and opportunity given to serve as the National Public Relations Officer for the Service.

Attah while highlighting some achievements during his tenure said the talk about the rice pyramid can’t be completed without mentioning the Nigeria Customs Service, who brought rice smugglers to their needs.

“I am happy to say that I am leaving the Unit better than I have met it; restructured and enthroned with achievements that have repositioned the Unit as a very important Unit in Customs operation and have undoubtedly become NCS Barometer.

According to him, his leadership of the PR Unit recorded unprecedented achievements which include; the introduction of PR for basic training for all recruits to help improve their civil relationships, realignment of Zonal and Command PROs under the National PRO, who now recommends their deployment based on professionalism and capabilities, the establishment of Nigeria Customs Broadcasting Network; a radio and Tv station and Merit/Civil Awards” he explained.

He further revealed that the Unit got Golden awards in the profession of public relations and later of commendation which has impacted in revenue generation and anti-smuggling stride of the Nigeria Customs Service.

“More people are aware of the danger of smuggling, more people see these smugglers as enemies of the state and are willing to expose them to our operatives who now make arrest.” He reiterated.

It is my owner to hand over this noble job of the Customs National Public Relations Officer to my worthy successor DC Timi Bomodi today Friday, 11 February 2022. I have no doubt in my mind that he has the capacity to build on the modest achievements of the Unit and take it to a greater height, may God guide and provide him with the necessary wisdom to do so” he said

While appreciating journalists and his colleagues for their support and cooperation, he urged them to extend the same gestures to his successor.

In his remarks, Comptroller DC Bomodi noted that remarkable achievements were made by Attah and he promised to live up to the expectations required of him. 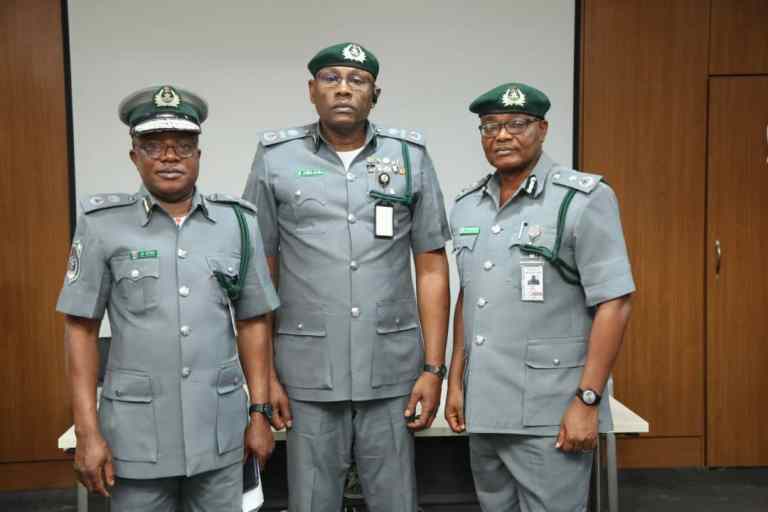 “We will begin to shape the perception of the public to see the Nigeria Customs Services as a leading government agency that is devoted not only to collecting maximum revenue for the government but protecting all Nigerians. He promised to put in his best. He promised to be open and transparent in relationship with the media and the public.” He said.

Meanwhile, the Supervising Officer of the Public Relations Unit, ACG Headquarters, Mohammed Abba-Kura urged Officers and colleagues to support Bomodi and Attah in their various jurisdictions.