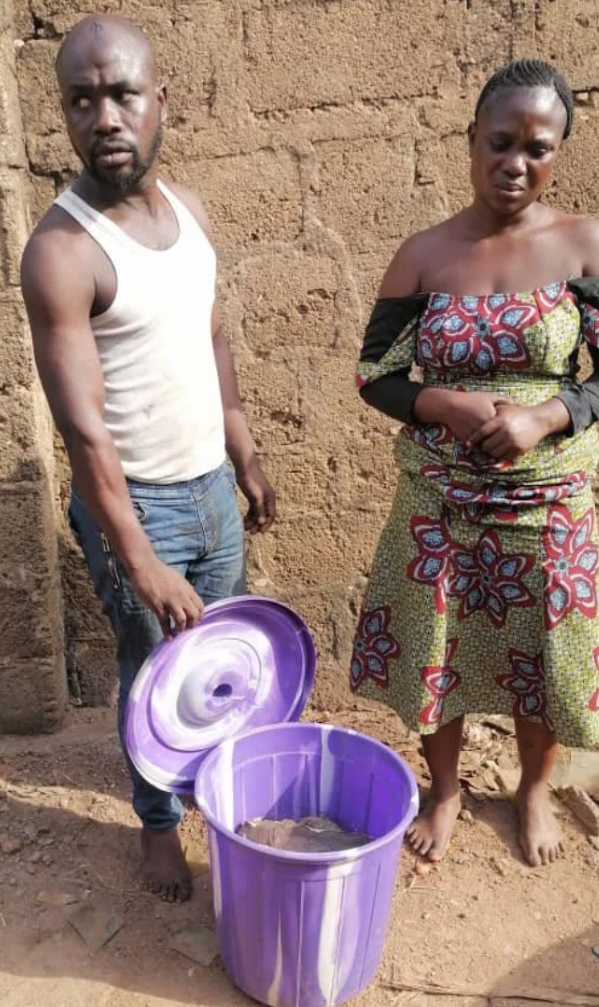 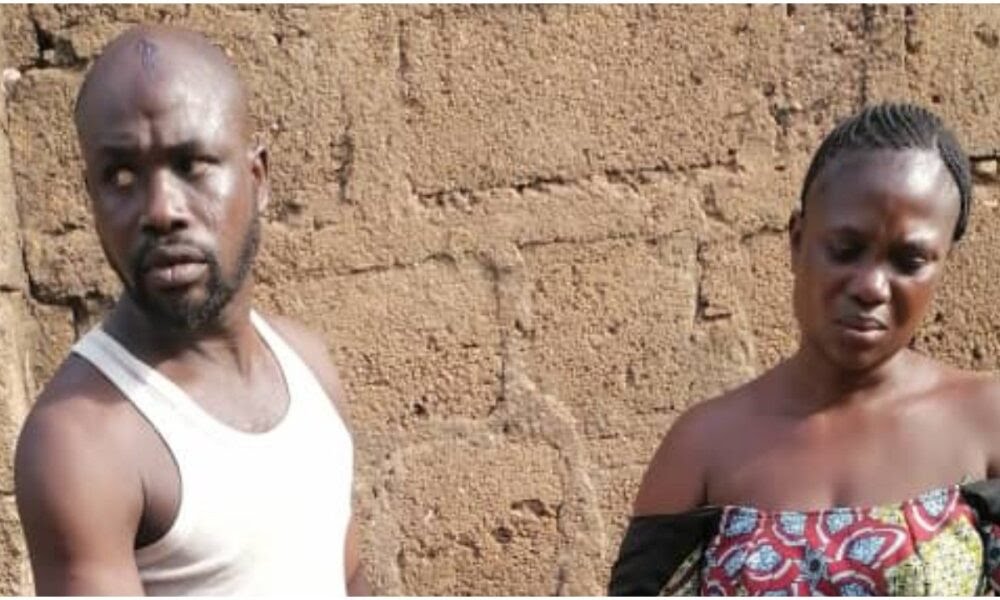 Men of Ogun State police Command was early hour of Today  arrested one Kehinde Oladimeji, 43 years old, and his wife, Adejumoke Raji, 35, for being in possession of fresh different human parts.
The Police spokesperson in Ogun State, Abimbola Oyeyemi, disclosed this to newsmen, saying the couple were arrested on Saturday morning
Oyeyemi said that the couple  residing at no.72 MKO Abiola Way, Leme  Abeokuta, were arrested by operatives from  Kemta Divisional Headquarters after chief Moshood Ogunwolu, the Baale of Leme Community, the matter to police.
The Baale told the police that one Pastor Adisa Olarewaju who is a co -tenant with the suspects informed him of offensive odours coming out from the room of the suspects.
Upon the complaint, the DPO Kemta Division, CSP Adeniyi Adekunle led detectives to the scene where search was conducted.
Oyeyemi explained that on searching the room, a plastic bowl containing fresh different parts of human being was discovered in the couple’s room, and they were promptly arrested.
The suspects claimed they were herbalists and that the human parts comprises of hands, breasts and other parts were given to them by one Michael who they claimed resided in Adatan area of Abeokuta.
All efforts to locate the said Michael proved abortive as the suspects could not locate his house.
It could be recalled that a dismembered body of an unknown person was found in a swampy area of Leme, Abeokuta, about a week ago, it is not yet clear whether the parts found with couple were harvested from the said unidentified dismembered victim.
However, the commissioner of police, Lanre Bankole has ordered the immediate transfer of the suspects to Homicide Section of the state criminal investigation and Intelligence Department for discreet investigation.
The CP also vowed  that anyone found to have participated directly or indirectly in the crime, would be brought to book to serve as a deterrent to others.
Tweet
0 comment
0
FacebookTwitterPinterestEmail