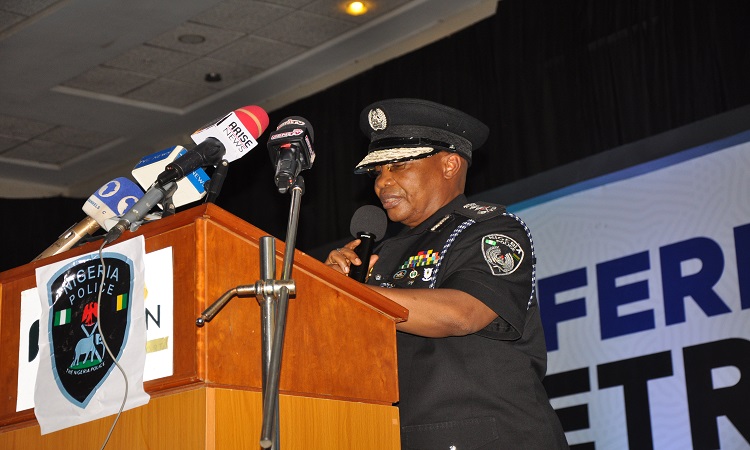 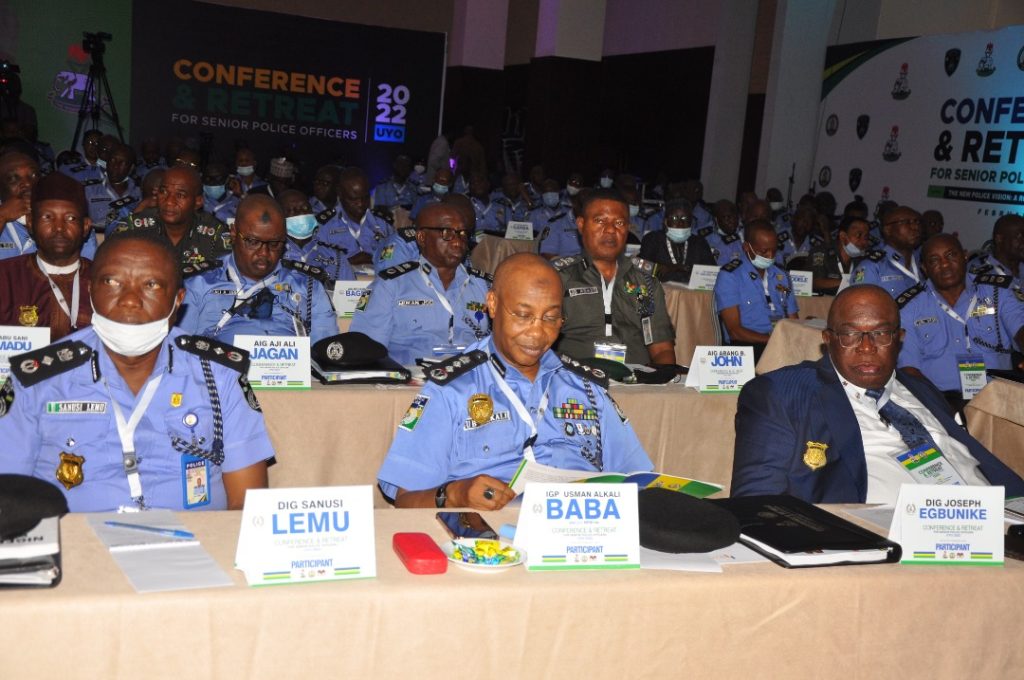 The IGP who gave the charge while drawing the curtain on the 2nd Nigeria Police Conference and Retreat for Senior Police Officers held on 7th – 9th February, 2022 at Uyo, Akwa Ibom State, also reiterated the commitment of the Force to restoring its primacy and stabilizing the internal security of Nigeria. The IGP further charged participants at the retreat to strategically deploy their assets, both human and material, to drive intelligence in a bid to tackling the current internal security dynamics in tandem with his vision and mission statements.

The Retreat with the theme – “The New Policing Vision: A Road Map for Stabilizing Internal Security” which was declared open by President Muhammadu Buhari, President, Federal Republic of Nigeria who was represented by the Honourable Minister of Police Affairs, Alhaji Mohammed Maigari Dingyadi, had in attendance a total of one hundred and forty-eight (148) senior police officers from the rank of Commissioner of Police and above from the whole Federation. It played host to dignitaries from governance, the security sector and the academia including Mr. Udom Emmanuel, the Executive Governor of Akwa Ibom State, Dr. Kayode Fayemi, the Executive Governor of Ekiti State, Alhaji Haliru Jika, Chairman Senate Committee on Police Affairs, and Alhaji Bello Usman Kumo, Chairman, House Committee on Police Affairs.

The Retreat reached a Communique where it re-affirmed the Police as the lead agency in internal security while acknowledging the importance of collaboration and synergy with other security agencies; charged strategic police managers to imbibe a professional orientation aligned to policing framework that encourages inter-agency collaboration rather than rivalry; acknowledged the significant strides of the IGP in the acquisition of critical ICT assets; emphasized the importance of a sound police-public relations as a strategy towards addressing the trust deficit in policing. The communique also emphasized on intelligence as the brainbox of policing and proposed a legislation that will place an obligation on government agencies, corporate bodies, estate developers and private individuals to install CCTV cameras and security sensors on their facilities as a standard practice amongst others. The communique has been distributed to relevant stakeholders including the Office of the President, Office of the National Security Adviser, the National Assembly, Ministry of Police Affairs, Office of the Chief of Defence Staff etc. 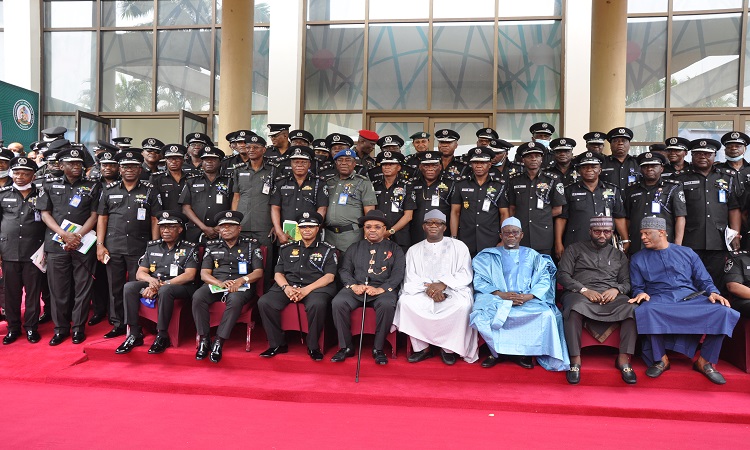 The IGP emphasized the importance of engagement and re-evaluation of critical issues relating to internal security and policing as a key to achieving professionalism. He equally expressed immense appreciation to the government and good people of Akwa Ibom State, and other critical stakeholders for their significant roles and contributions to the success of the Conference/Retreat.

SAMI RUNS FOR A WARRIOR AT RUN LAGOS 2022, ASSERTS ‘IF THE RACE NEVER STOPS, NO LIFE SHOULD STOP’

General Buratai Advocates for Continuous Training as panacea for Excellence