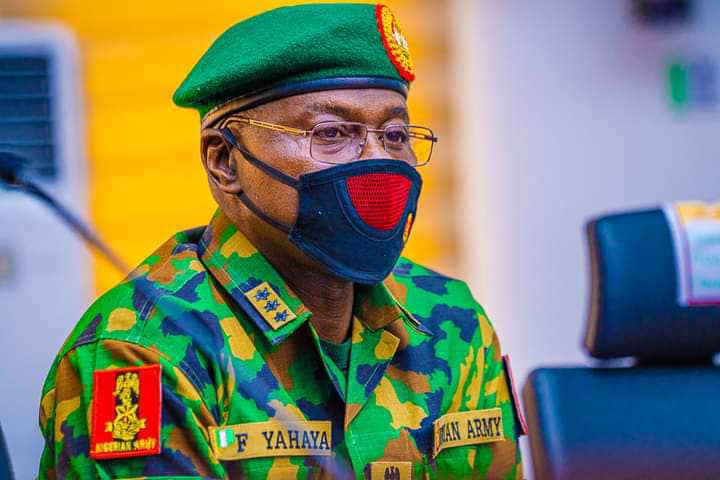 The Nigerian Army (NA) has been notified of a publication by Sahara Reporters alleging that personnel of the Nigerian Army lamented delay in payment of their January salary, with many paid peanuts, while Generals feed fat. This report is not only misleading, but a grandiose attempt to incite personnel against established precept of discipline in the NA. For avoidance of doubt, since the Chief of Army Staff, Lt Gen Faruk Yahaya assumed command, he has prioritized the welfare of officers, soldiers and their families, including ensuring prompt payment of salaries, allowances and all statutory entitlements to personnel. Therefore, the allegation suggesting delay and non implementation of new salary increase is a reckless falsehood in all its intent and purposes.

Additionally, if there is any envisaged delay, troops are usually communicated through the internal communication mechanism.

It is therefore instructive to state that for the month of January, all salaries and allowances have been paid. The attempt to stir up discontent and whip up sentiment with regards to the unsubstantiated and baseless report that Generals feed fat is an outrageous frivolity. It is an attempt to incite personnel against the institution and cause disaffection in the ranks and should therefore be outrightly discountenanced.

The NA wishes to call on all credible media to distance themselves from the apparent unprofessional and disgraceful yellow journalism practiced by some media channels and purveyors of fake of news.

Our troops are in high spirit and would not be distracted by any mischievous submission by agent provocateurs.

War on Terror: The Heroic Exploits of Unsung Heroes (Part 1)