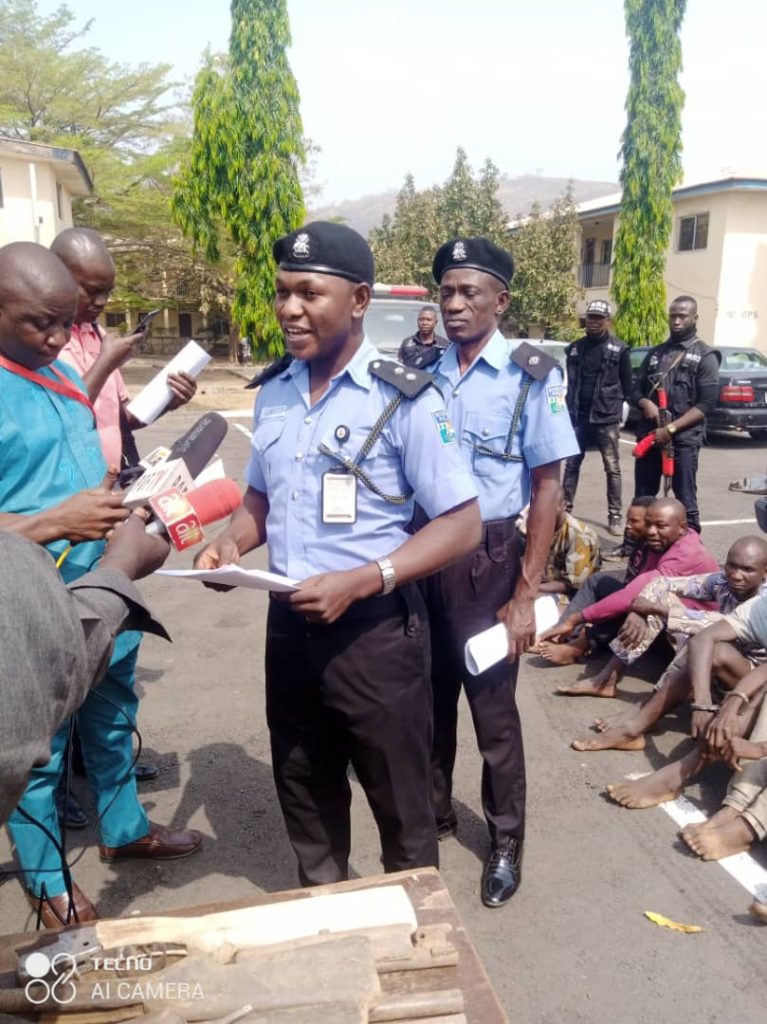 The Ekiti State Police Command under the leadership of the Commissioner of Police, CP Babatunde Mobayo has once again records great feat in the fight against insecurity, criminality, kidnapping, custism and armed robbery in the State.

In a press statement e-signed and released to the National Association of Online Security News Publishers, NAOSNP by the Command’s Spokesperson, ASP Abutu Sunday stated that, “The Command, under the leadership of CP TUNDE MOBAYO had prioritized the security of lives and properties of the good people of Ekiti State and consequently, mandated its operational departments to go after all criminal elements in the State, arrest and bring them to book.” 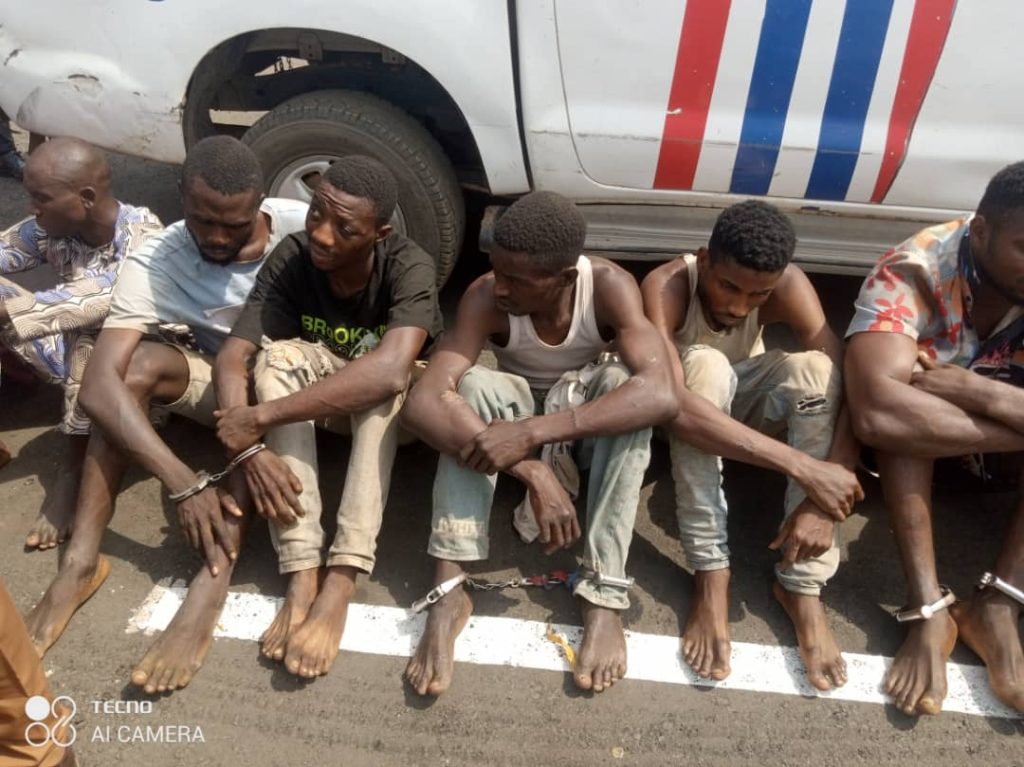 According to Abutu, “The directive has yielded positive result which is why I am here today to parade these suspects who have been terrorising innocent citizens.”

Below are the various parade statement; 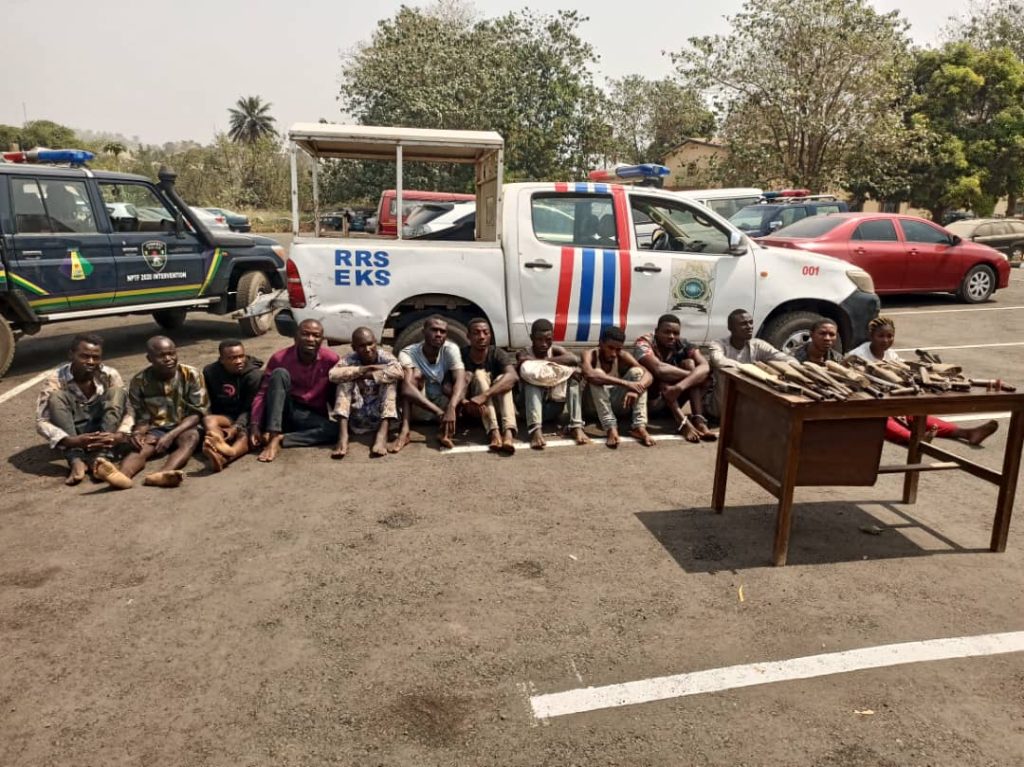 (a) CASE OF CONSPIRACY, ARMED ROBBERY, RAPE AND UNLAWFUL POSSESSION OF FIREARMS: On the 20/01/2022 at about 0200hrs, a gang of armed robbers numbering about twelve(12) carried out a massive raid on students hostels located along Federal Polytechnic road, Ado-Ekiti. During the course of the attack, numerous students of Federal Polytechnic, Ado-Ekiti, were robbed at gun point of their valuables in their apartments. 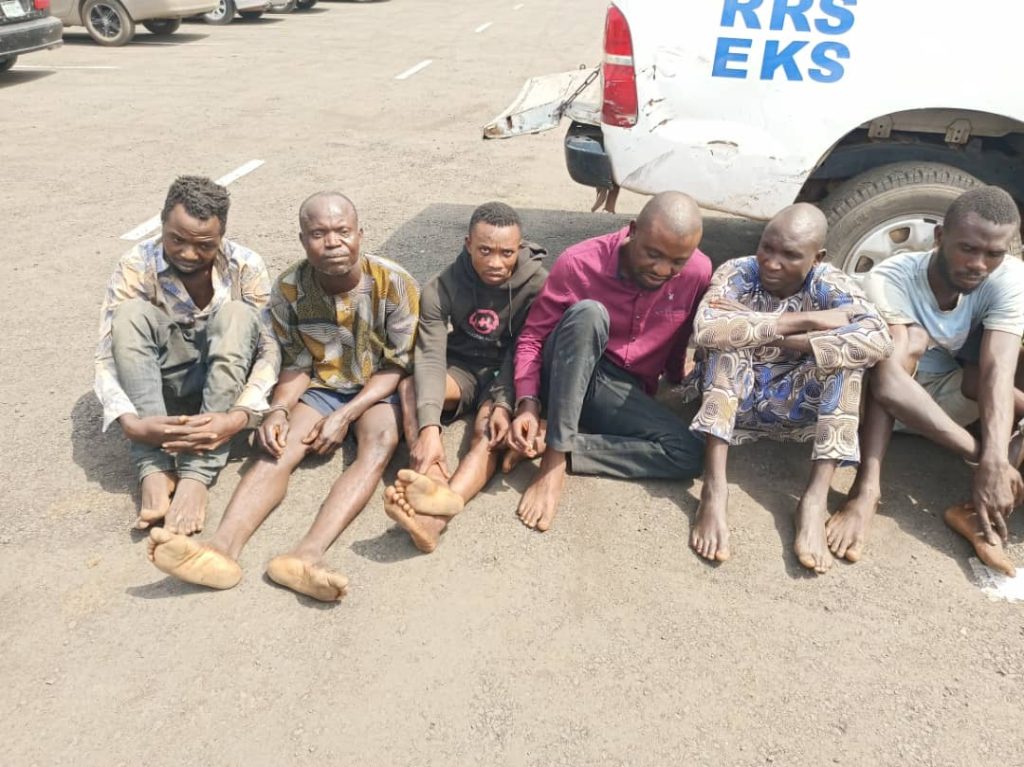 On their departure from the scene of robbery, two(2) among the armed robbers, one Damilola Christopher a.k.a Stanley SY and Oyedele Oluwaobi a.k.a Ayewo were intercepted and arrested by the Command’s operatives on patrol and some of the robbed phones belonging to the students were found with them.

On the same day at about 09:30hrs, the Command launched a serious manhunt on the gang and arrested four(4) other members, namely: Ojo Tope a.k.a Tope Dudu, Aderopo Temitope a.k.a Tope Pupa, Ekundayo Ajiboye a.k.a Oju and Ojo Bello in their hideout at Falana Street, Ajilosun Area of Ado-Ekiti and some of the stolen items were recovered from them. The arrested suspects, during interrogation, confessed to the commission of the crime and mentioned one Giwa Tosin a.k.a Ogolo, Adegoke Joshua a.k.a Goke, Solomon Noah, Oguntoye Tajudeen a.k.a School Boy and Olatuyi Tunde a.k.a Small as members of their gang.

On 27th January, 2022 at about 02:30hrs, a team Police operatives arrested Giwa Tosin a.k.a Ogolo and Adegoke Joshua a.k.a Goke in Ilawe-Ekiti while Solomon Noah, Oguntoye Tajudeen a.k.a School Boy and Olatuyi Tunde a.k.a Small escaped from the scene with the gang’s operational guns.

The two (2) arrested suspects also made confessional statements to be members of the armed robbery gang comprising the suspects earlier arrested.

The confessions of the suspects led to the arrest of Ayo Odeyemi a.k.a Ayo Agbede in Ijare town, Ondo State who made and sold four(4) locally made pistol barrel guns to them for their operations. Items recovered from Ayo Odeyemi a.k.a Ayo Agbede include one Barreta pistol, twelve(12) locally made guns, two(2) expended cartridges, twelve metal files, two(2) metal hand saws and gun making tools.

Further investigation let to the arrested of one Oladunjoye Joke, concubine of Aderopo Tope a.k.a Tope pupa who keeps her lover’s gun before and after any operation.

Furthermore, on 1st January, 2022 at about 01:45hrs, one Kabiru Muhammed ,Abdullahi MOHAMMED and Fabiyi Kehinde a.k.a Fab were arrested by the team of the RRS operatives for allegedly receiving stolen items from the robbery gang and one suspected stolen Bajaj Boxer motorcycle was recovered from them.

Investigation revealed that all the arrested suspects are ex-convict who had served different jail terms in the Nigeria correctional center, Ado-Ekiti, Ekiti state and Olokuta Correctional centre, Akure, Ondo State.

Effort is on top gear for the possible arrest of the fleeing member of the gang and the recovery of other stolen items. 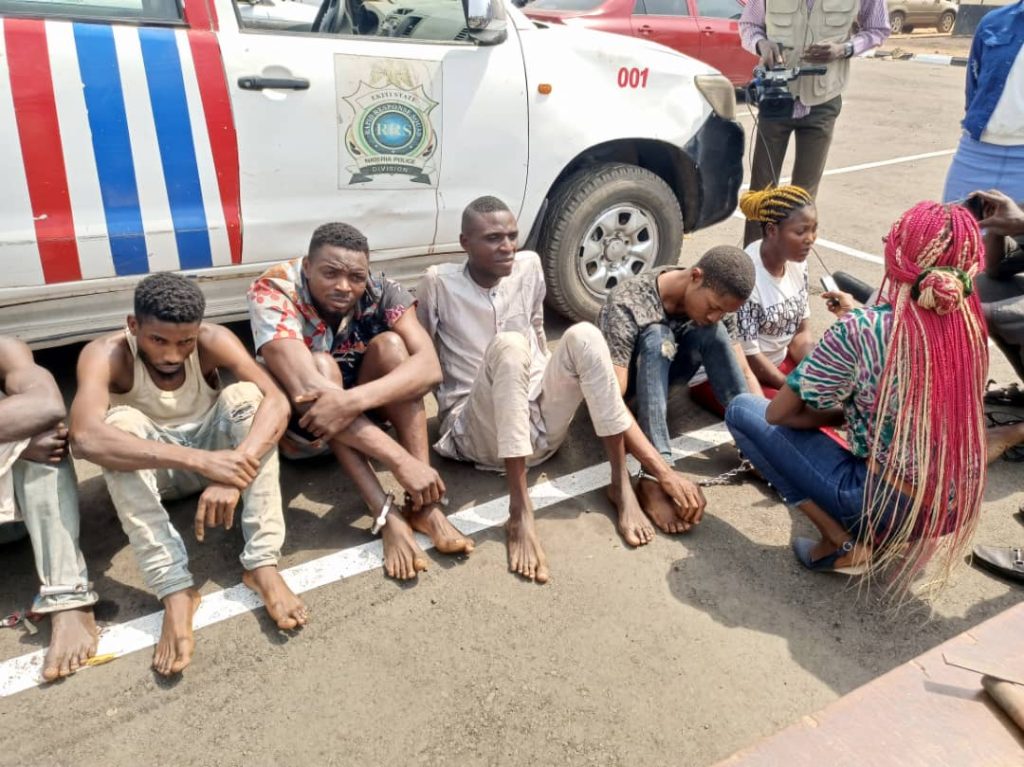 The Ekiti State commissioner of police, CP TUNDE MOBAYO, while pledging that the command will continue to meticulously work round the clock to ensure that the State is free of criminal elements, implores members of the public to give necessary and timely information to the police and other relevant Security agencies that could lead to the arrest of the fleeing suspects and other criminal suspects across the State.