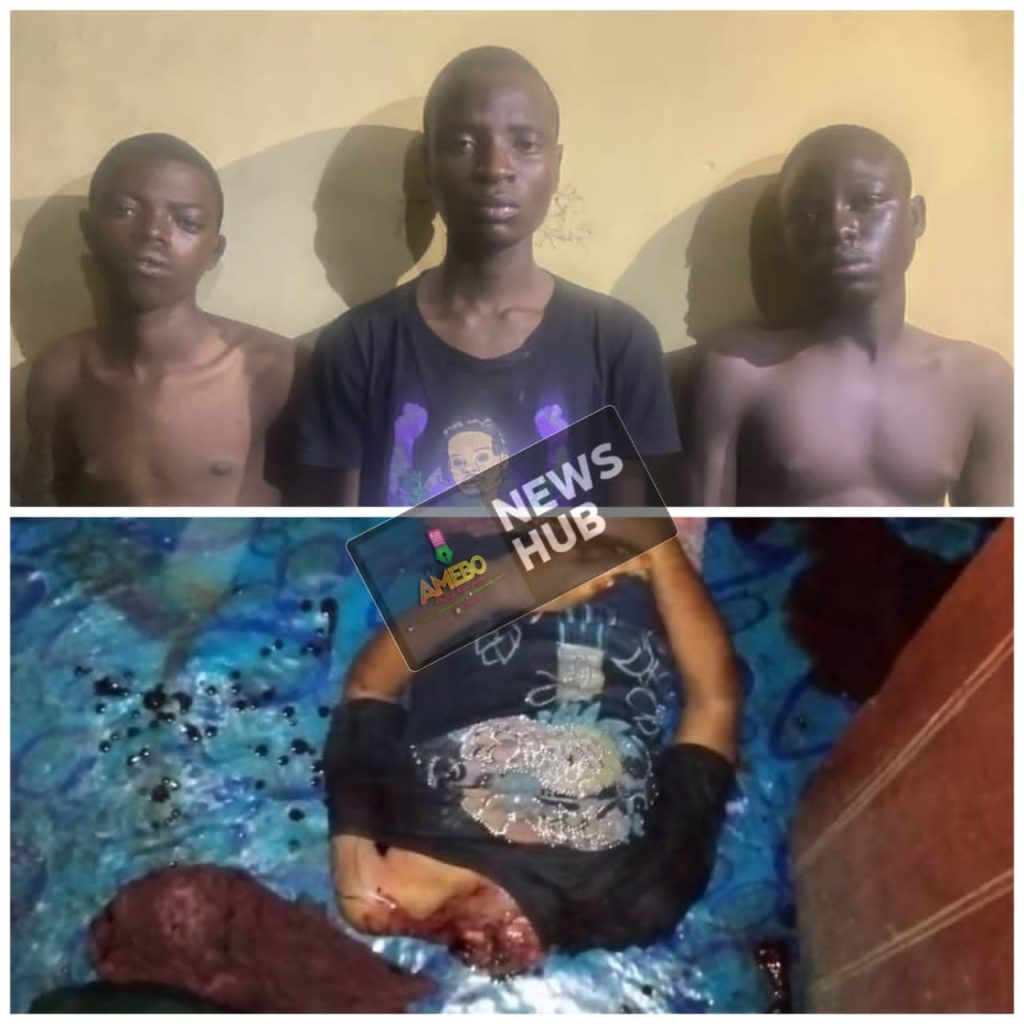 In a statement by the Command, the suspects were arrested following a distress call by the head of the community security guards that some boys were burning something suspected to be human head in a local pot.

The Police arrested three boys at the scene while the prime suspect whose girlfriend was murdered escaped. The Police later fished him out from his hideout and arrested him.

The confessed that the deceased was lured by his boyfriend to where they assisted the prime suspect in chopping off her head and packed the remains in the sack and dumped her in an old building before they returned to burn the head for ritual purposes.

They later led the Police to where they dumped the dismembered body of the deceased and the body was subsequently deposited at a general hospital morgue for autopsy.

Items recovered from the suspects include a short cutlass and a knife.