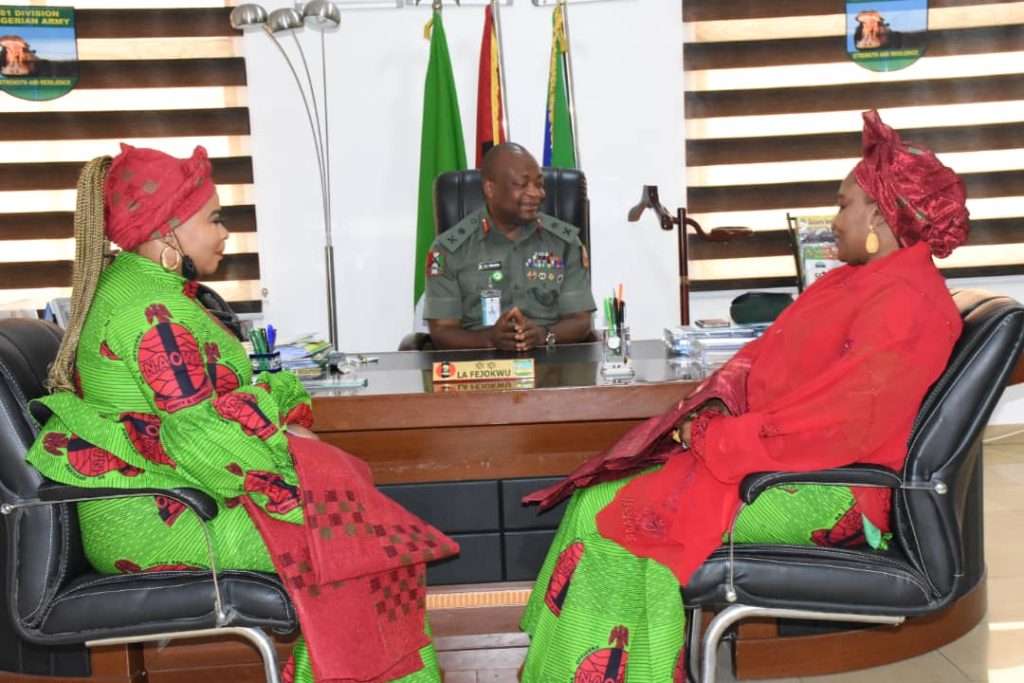 The President Nigerian Army Officers’ Wives Association (NAOWA) Mrs Salamatu Faruk Yahaya has laid the foundation for a block of six classrooms, Information and Communication technology (ICT) Laboratory and 500-seater Assembly Hall at NAOWA model Nursery and Primary School, Ojo Cantonment Lagos as part of her vision towards sustaining legacy and upholding the tenets of unity and service to humanity. 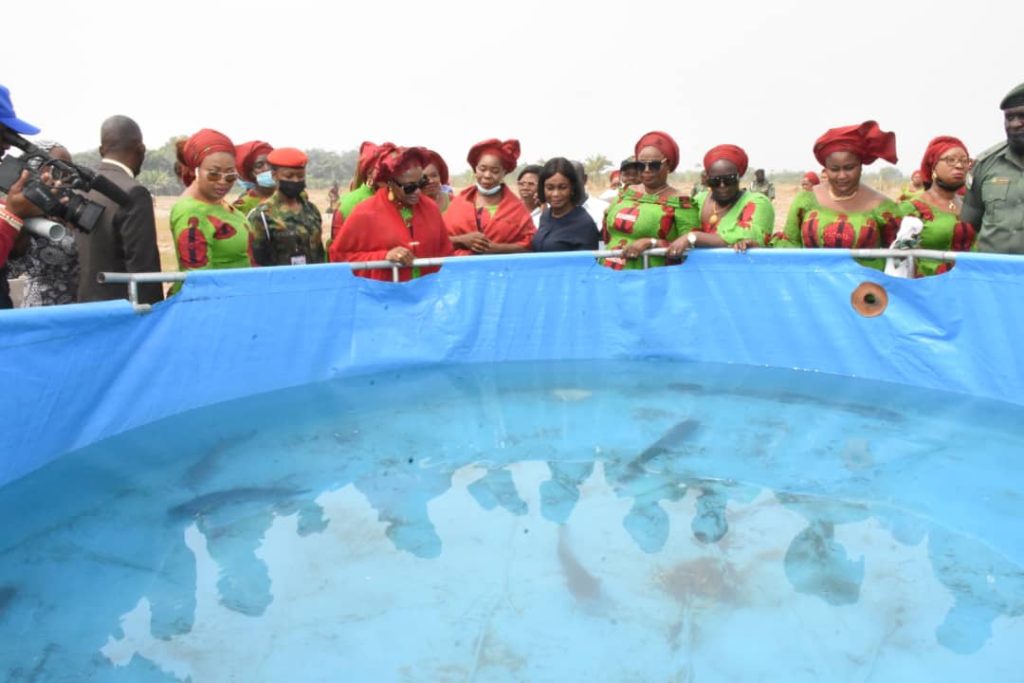 Mrs Salamatu Yahaya noted that the foundation laying ceremony of the bock of classrooms at the NAOWA Model Nursery and Primary School Ojo is of immense significant to her as she cannot talk about the school without identifying the contributions of Mrs Maryam Babangida (of blessed memory) whose efforts led to the establishment of the Pioneer NAOWA School. According to the NAOWA President, the school was the first NAOWA school in Nigeria established by Mrs Maryam Babangida in the year 1985 as a nursery school to cater for the education needs at the Ojo Cantonment. She said since then the supervision of the school has been under the NAOWA National Secretariat. 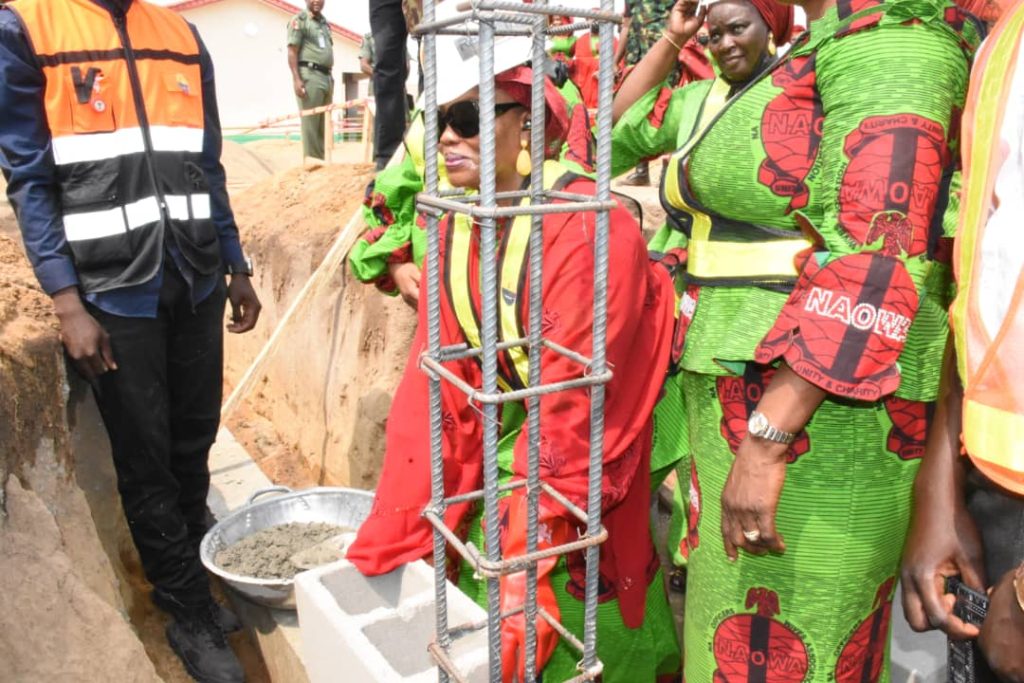 The President NAOWA stated that the new project at the NAOWA model school would be fully funded by the Chief of Army Staff Lieutenant General Faruk Yahaya and would be completed in 15 weeks. She said the project when completed would provide additional classrooms to accommodate more pupils create new learning opportunities in areas of information and communication technology and provide a conducive hall for assembly as well as school activities. 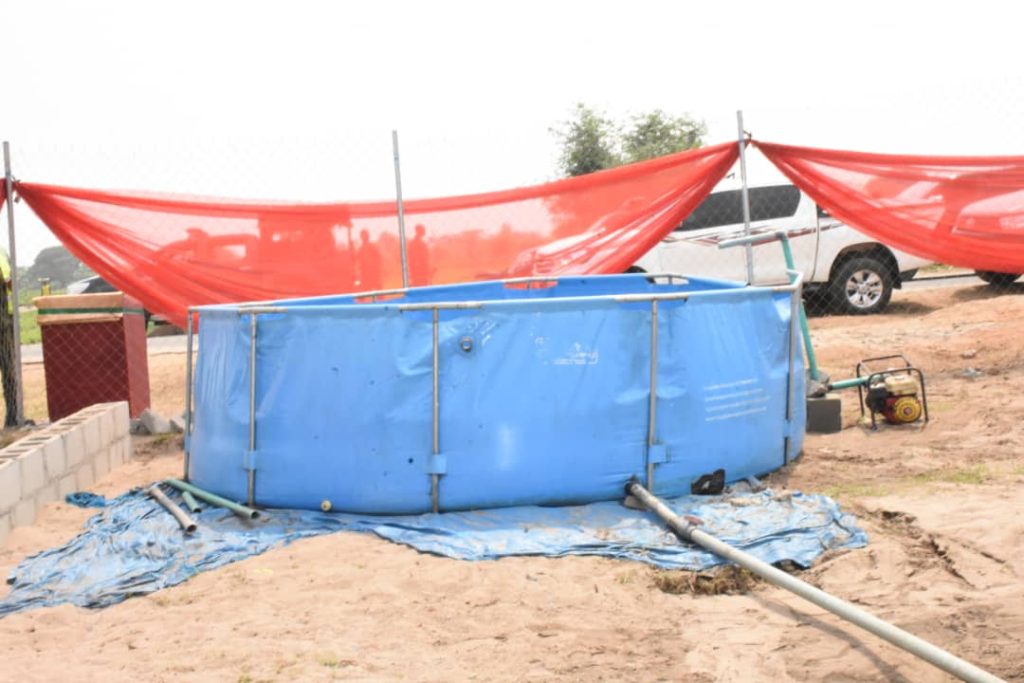 In similar vein, the NAOWA President commissioned the NAOWA 81 Division Chapter Fish and poultry Farm to enhance the welfare of personnel and their families as well as develop their capacity towards economic growth. According to Mrs Salamatu Yahaya the farms were established in conjunction with the Lagos State Coordinator of the Appeal Project World Bank and when the farms become fully operational it would provide affordable and hygienic protein to the inhabitants of the barracks and surrounding communities  as well as create income and employment opportunities.  She therefore thanked the General Officer Commanding (GOC) 81 Division Nigerian Army  (NA) Major General Lawrence Fejokwu for his efforts at supporting the NAOWA 81 Division Chapter.

Earlier during the courtesy visit by the NAOWA president and her entourage to the GOC 81 Division, she stated that NAOWA is an integral part of the NA since its members complement their efforts in protecting the nation by keeping the home front serene while officers and men of the NA are out there discharging their constitutional roles. According to her she is placing premium on improving the policy guidelines on managing NAOWA assets and institutions as well as create a structured management system for effective service delivery.

In his response the GOC 81 Division NA appreciated the intervention of NAOWA President in contributing to the development of the NA. According to the GOC, the president of NAOWA is going the right way by leveraging on what her predecessors have put on ground and improving them. In his words “it is better to start and finish one project, make good use of it and then begin to build another” . The GOC also extolled the virtues of the NAOWA President in reaching out to the poor. “You have always put it in your fore front to reach out to widows and the less privileged. That has its own blessing that comes from God and he will continue to give you the strength and resources to continue in that light” he said. 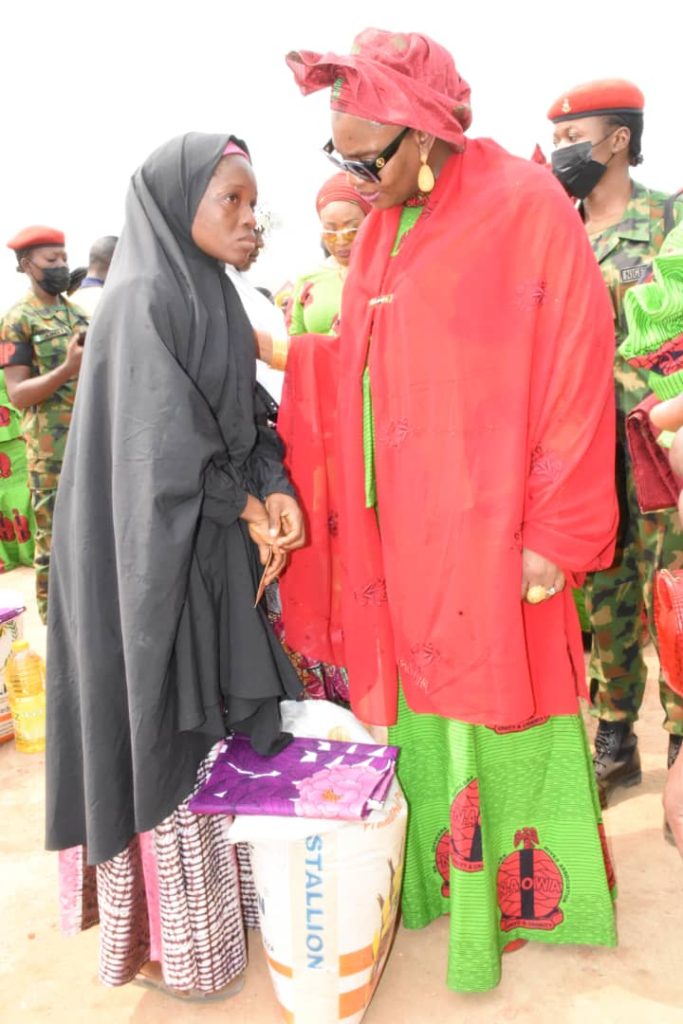 The highlights of the occasion included the donation of half bag of rice, 2 liters of groundnut oil and clothing materials each to about 100 widows and less privilege. Others include the laying of foundation of one block of 6 classrooms and 500-seater Assembly Hall as well as the commissioning of the fish and poultry farms.