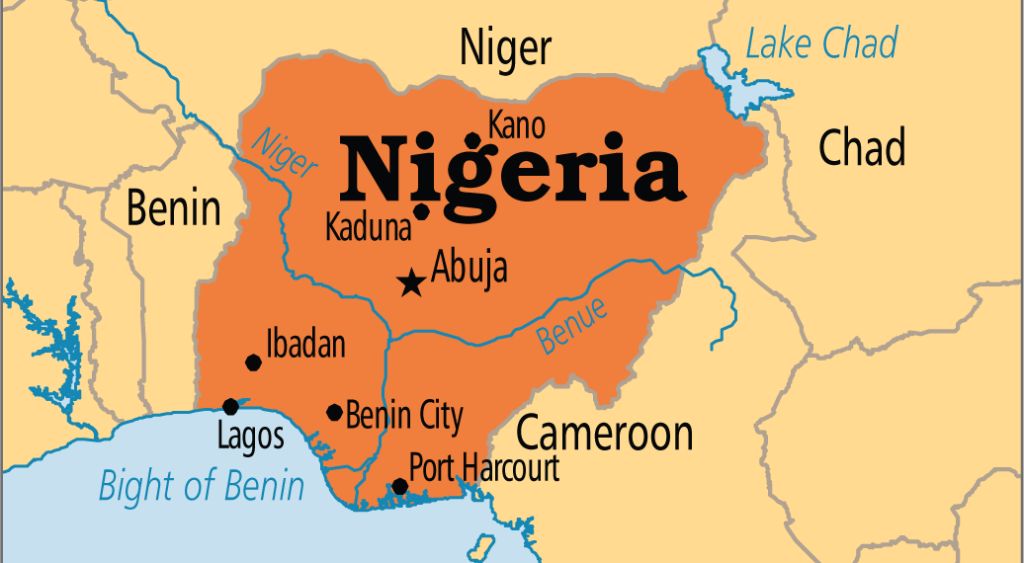 *There was no country called Nigeria, before 1897*

*Therefore, it is exactly 125 years ago that the name “Nigeria” was coined by Miss Flora Louise Shaw, a British correspondent, who later got married to Lord Lugard (Nigeria’s first Governor-General). Her concept for this name was contained in her article, published by the London Times on 8th January, 1897*.

According to her “the name Nigeria, applying to no other part of Africa, may without offence to any neighbours, be accepted as co-extensive with the territories, over which the Royal Niger Company has extended British influence, and may serve to differentiate them equally from the Colonies of Lagos and the Niger Protectorate, on the coast, and from the French territories of the Upper Niger.”

However, the *British Government preferred the name “Nigeria” to other appellative names, such as “Royal Niger Company Territories”, “Niger Sudan”, “Central Sudan”, “Negretia”, “Niger Area” and “Goldesia” (coined after Sir George Dashwood Taubman Goldie). Sir Goldie was the first Governor of the Northern Protectorate, in whose memory and honour, “Gidan Goldie” (Goldie House) in Kaduna State was named*.

It is noteworthy to mention that *Lord Fredrick Lugard, took over from Sir Goldie, as Governor of the Northern Protectorate in 1900*.

*Therefore, the name “Nigeria” is a fusion of the words NIGER-AREA; simply describing “the people located around the bank of River Niger.”*

Thus, River Niger is the major landmark, which inspired the coinage of the name “Nigeria.” Except for some few, with different view-point, one cannot but agree with the wise submission of late Chief Obafemi Awolowo, who reasoned that “Nigeria is not a nation.

*It is a mere geographical expression*.

*There are no Nigerians in the same sense as there are ‘English’, ‘Welsh’ or ‘French.’*

The word *‘Nigeria’ is merely a distinctive appellation*, to distinguish those who live within the boundaries of Nigeria and those who do not.”

Based on this premise, it is therefore, a big concern that rather than Nigeria being celebrated, our political leaders have only been celebrating some peculiar events that evolved, as a result of Nigeria’s existence.

*Among these events are the Independence Day, Armed Forces Remembrance Day, Democracy Day, and Nigeria’s 100 years of amalgamation, tagged as “Nigeria’s Centenary.”*

I hereby, make bold to posit, from historical point of view that Nigeria’s centenary ought to have been counted from 1897, the year Nigeria actually got her name.

Definitely, Nigeria’s existence did not start with the amalgamation of 1914.

Rather, the unification (amalgamation) of Nigeria, came up as an historic event in the name of Nigeria, based on the existence of Nigeria (prior to 1914).

Therefore, the failure of our past political leaders, political scientists and historians, to reckon with the birth of Nigeria, which occurred on 8th January 1897, is clearly an aberration in the annals of Nigeria’s history. In this regard, there is no contention in the fact that year 2022 marks Nigeria’s 125 years of existence, whilst Nigeria’s centenary should have been held in 1997.

*As individuals, we celebrate our birthdays, while at the same time, organisations and some countries across the world celebrate their “founders’ day.”*

Therefore, it becomes very pertinent to ask, why Nigeria’s case is different?

Another matter of concern is the fact that the visioner, who coined the name “Nigeria”, Miss Flora Louise Shaw (later Mrs Lugard) is not being accorded a well-deserved recognition, in the same way other founding-fathers of Nigeria have been variously immortalised in our public domains. Undeniably, Flora Shaw was also the first woman, to play the prestigious role of Nigeria’s First Lady.

But, looking around some major cities in Nigeria, her name is clearly missing out.

On the reverse, a man who had no direct impact on the evolution of Nigeria other than being the Secretary of State for British Colonies, Mr. Lewis Harcourt is having one of Nigeria’s major sea ports (“Port Harcourt”), named after him.

Lugard honoured him simply because he was in-charge of Lugard’s appointment, first as a Governor and later, as Governor-General in Nigeria.

The only time I can vividly remember that the Nigerian government remembered Lady Lugard was during Nigeria’s centenary anniversary in 2014, when 100 distinguished personalities were honoured with the Centenary Award.

The first three names on the roll-call were as follows: –

As long as history cannot be reinvented, I hereby strongly appeal to the Nigerian government to further encourage the study of Nigeria’s history, particularly in our schools, because we are already losing grip on our history and historical records.