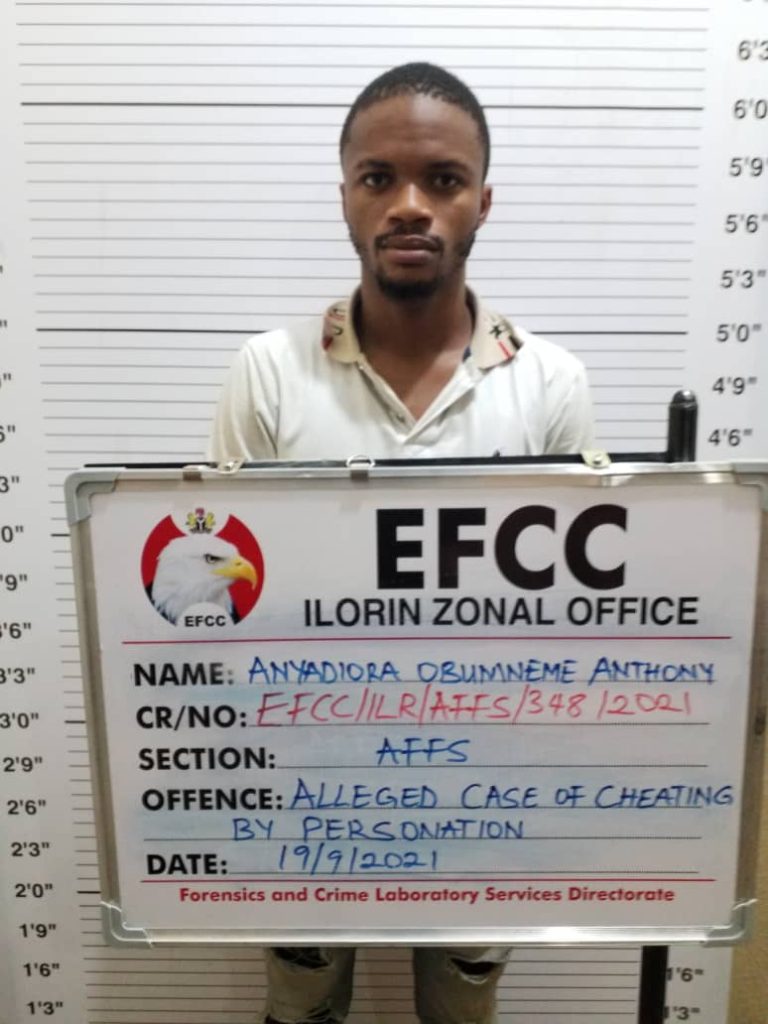 Written By Dedeigbo Ayodeji
Posted By Admin
Justice Mohammed Sani of the Federal High Court sitting in Ilorin on Thursday, December 9, 2021 sentenced two suspected internet fraudsters found guilty of offences bordering on cyber fraud contrary to Section 22(2) (b) (Ii) of the Cybercrimes (Prohibition, Prevention etc.) Act, 2015 and punishable under Section 22(2) (b) (iv) of the same Act.

The two convicts: Onyeanu Chukwuemeka David and Anthony Anyadiora Obumneme were prosecuted on separate one count charge each by the Ilorin Zonal Command of the Economic and Financial Crimes Commission, EFCC.

The Ilorin-based Imo-born Onyeanu was a POS operator, who specialized in identity theft of unsuspecting victims to perpetrate fraud through the internet. In his case, Anthony was one of the 30 ‘Yahoo Boys’ arrested on September 19, 2021 by operatives of the EFCC during a sting operation on selected hostels at Kwara State University, KWASU, Malete.

Upon arraignment today, the two defendants pleaded guilty to their respective charge.

Justice Sani in his judgment said the Court had carefully considered the plea of the defendants, their statements and plea bargain agreements. He held that the defendants were guilty of their respective charge.

The judge sentenced Anthony to one year imprisonment with N200, 000 option of fine. The Court also ordered that the convict forfeit the sum of $150 and iPhone 11 to the Federal Government.

Similarly, Justice Sani sentenced Onyeanu to six months imprisonment with N300, 000option of fine. According to the judge, the convict would forfeit the sum of $300 which he benefited from the criminal activity and iPhone 12 Pro used to perpetrate the crime to the Federal Government.

Use Of BVAS For Elections Has Come To Stay, Says INEC