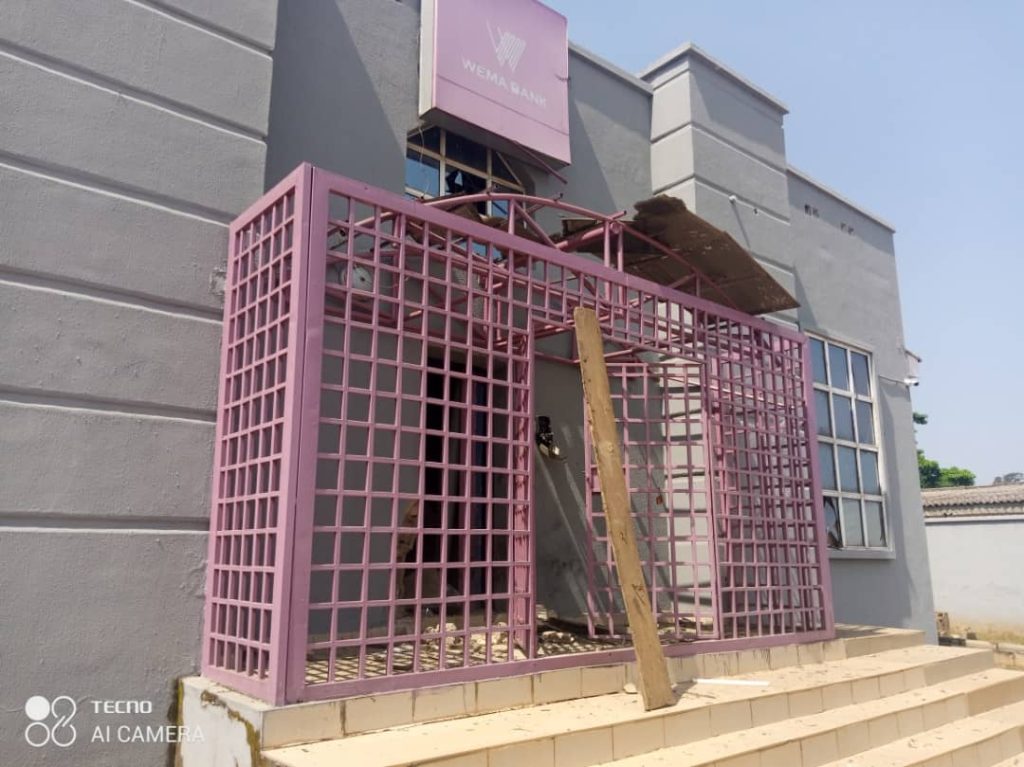 Towards assessing the level of demages after unknown armed men attacked a police station and commercial bank in Ekiti state, the Commissioner of Police, CP Tunde Mobayo has visited the branch of Wema bank and the Divisional Police headquarters respectively in Aramoko-Ekiti of Ekiti. 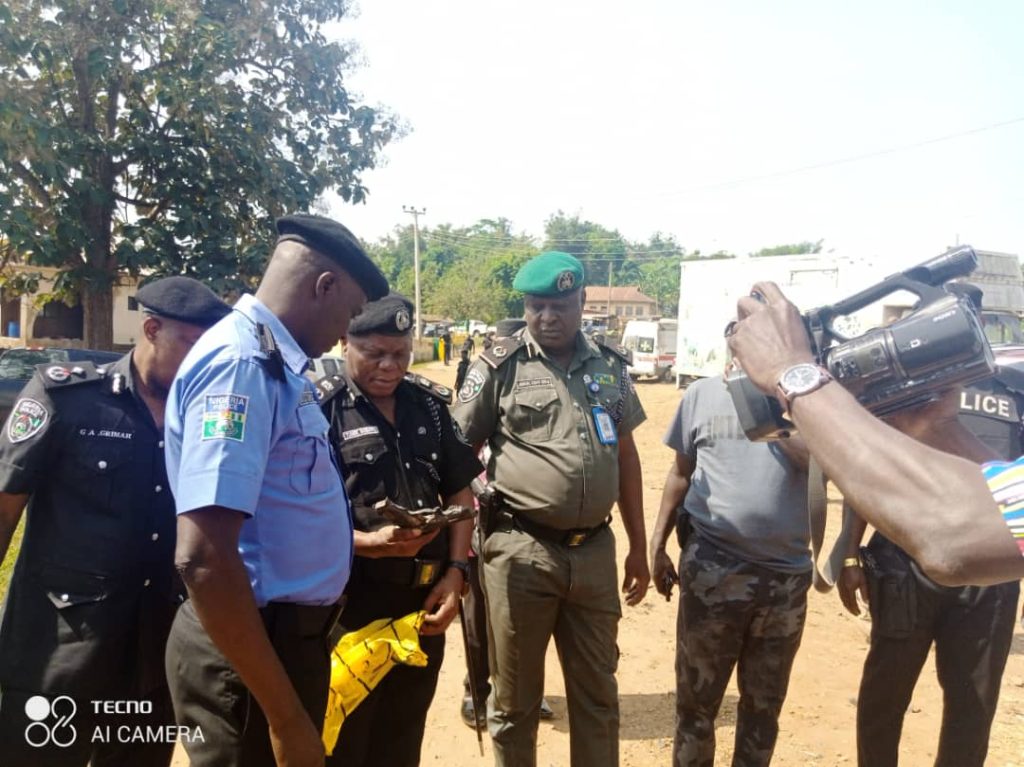 In a press statement e-signed and released to the National Association of Online Security News Publishers (NAOSNP) by the Command’s Spokesperson, ASP Abutu Sunday stated that, “The Ekiti State Commissioner of Police, CP Tunde Mobayo, today being 30/11/2021 visited WEMA Bank, Aramoko-Ekiti as well as the Divisional Police Headquarters, Aramoko-Ekiti for on the spot assessment after unknown armed men attacked the Police Station and attempted to rob the Bank simultaneously but were immediately repelled by the Police Operatives.”

According to Abutu, “It would be recalled that yesterday being 29/11/2021 at about 17:15hrs, a gang of suspected armed robbers split themselves into two and simultaneously lunched an attack on WEMA Bank Aramoko-Ekiti and the Divisional Police Headquarters, Aramoko-Ekiti using dynamites and guns.”

“The suspected armed robbers were immediately repelled by personnel of the Police Mobile Force attached to the Bank, the Rapid Response Squad (RRS) and the personnel of the Divisional Police Headquarters, Aramoko-Ekiti as well as the assistance from some brave members of the public and were forced to abandon the two vehicles they used for the operation which are suspected to have been snatched from their owners.”

“Consequently, the vault of the Bank was not tampered with and no property belonging to the Bank was taken away by the armed hoodlums.

Unfortunately, a Policeman serving in the State and an FRSC Special Marshal on transit was shot dead by the suspected armed robbers while the front security door of the Bank and part of the Divisional Police Headquarters’ building were damaged using dynamites.

In his address, the Ekiti State Commissioner of Police, CP TUNDE MOBAYO, while sympathising with the families of the victims, prayed God grant them eternal rest.

The Commissioner also noted that effort to track down the perpetrators is ongoing while imploring anyone with useful information that could assist the Police in apprehending the perpetrators and other criminal elements in the Society to relay same to the nearest Police Station or call 08062335577.