Reason I Can Not Be predicted —Wizkid 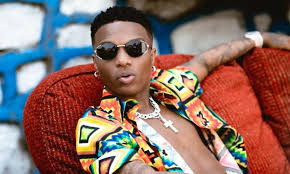 If there is anything Nigerian music star, Ayo Balogun, otherwise known as Wizkid enjoys most about his career, it is how he keeps his fans waiting and guessing about what his next move would be in the music business.

Wizkid appeared to have mastered the art of staying quiet with his plans and executing them when no one expected.

He confirmed this in a recent interview monitored by R where he said being unpredictable has helped him to master his art and reveal less about himself than necessary.

Wizkid whose latest album, Made in Lagos has been submitted for the category ‘Best Global Music Album’ ahead of the 64th edition of the globally acclaimed Grammy Awards disclosed that he loves to give people surprises and does not like to give dates to any of his intending music projects.

After hinting about another album being in the works, Wizkid said he would be dropping what he called ‘More Love, Less Ego’ after the completion of his ongoing tour of the United States but his fans wanted him to give a date but the singer said he would rather keep the date to his chest.

“I don’t like to give dates because sometimes I may be late.

But I really hate when people can predict me. Why should people know I am dropping an album tomorrow? Why can’t people just wake up and discover that I dropped my album last week or yesterday? I just love to drop it when people are less expectant.”

According to him, music is an art that should not be predicted by anyone, adding that at this time in his career, he’s at a different space and he could not give everything to the people all at once as it has to come bit by bit.