Just In : As Amotekun Foils Bus Loaded With 500 Daggers,Guns In Ondo 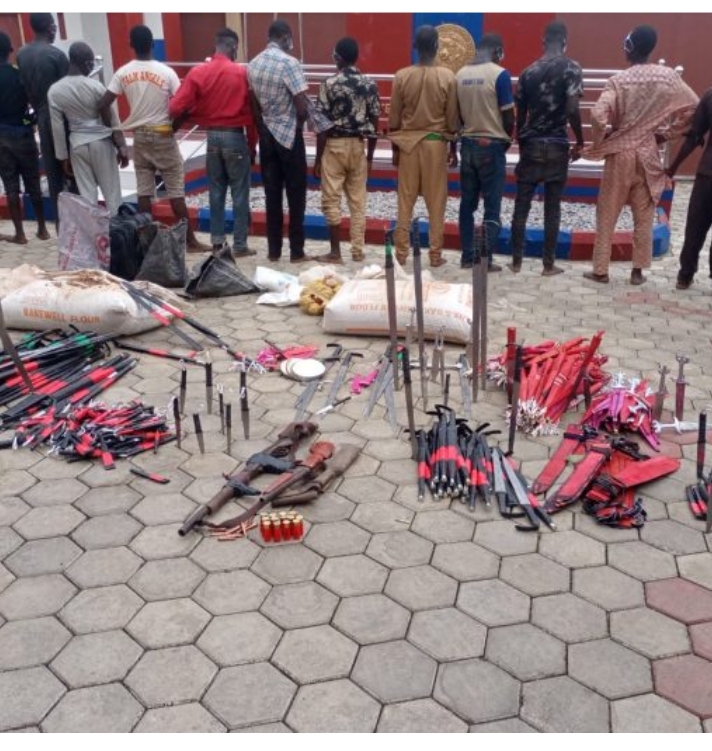 Operatives of the Amotekun Corps in Ondo State have foiled a bus loaded with 500 pieces of daggers concealed under the seats.
Also intercepted were different seizes of knives and guns concealed inside Tigger nut bags.

18 suspects were arrested with the vehicle while two buses escaped.

Just In : As Amotekun Foils Bus Loaded With 500 Daggers,Guns In Ondo
Parading the suspects before journalists, the state Commander of Amotekun, Adetunji Adeleye, said the three buses escaped from different checkpoints before they were arrested in Ondo town.

Our men is fully on ground to arrest those that escaped, because I strongly believed that no sinner will go unpunished, the suspected bandits must face the wrath of the law,but as for those they feel they have escaped they will be arrested soon,because my men are everywhere around the corner of the state .