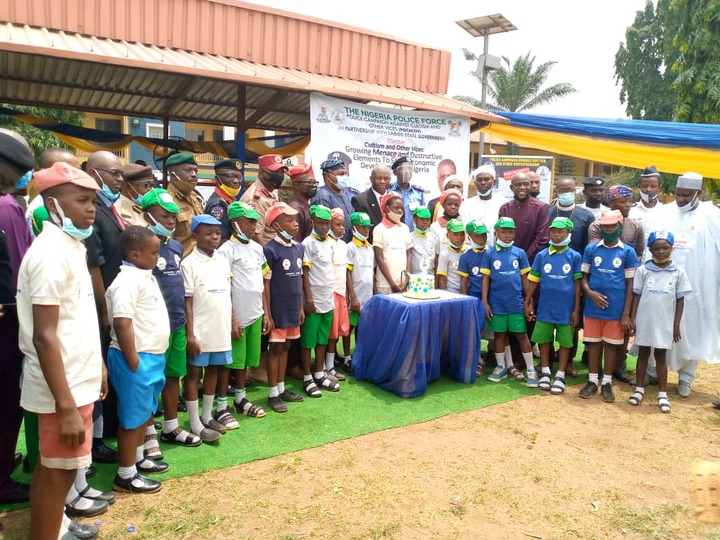 The ground has been set ready as youth in 22 different schools in Benin city who are qualified to participate in the up coming 4th edition of the Gregory Imafidon Foundation Youth Football Championship which is set to kick off in Benin City Edo State Nigeria .

The championship slated to hold from March 24th to April 1st 2021 at the Garik School field along Ekenwa Road Benin City  will have twenty two secondary schools participating for the gold cup, scholarships and other prizes.

Speaking to Journalist about the coming event,Mr Gregory Imafidon,the founder and sponsor of the tournament is an Edo State-born, also an ex-youth footballer and practicing Family Nurse Practitioner based in Dallas, Texas, USA.

He said the 4th edition of the football tournament tagged “Catch them young, kick against crime” will go a long way in reviving school sports in Edo State as well as checking vices like cultism in secondary schools.

“The aim of this tournament is to bring back school sports in Edo State , engage these children meaningfully to help reduce the rate of crime like cultism .On behalf of the vulnerable you that in Edo State, I say thank you to all who have seen the need to make Edo State a better and a crime-free State by contributing towards the success of this move. We cannot afford to lose any more youth to crime. The lives of our youth are valuable'”.

He added that aside the gold cup for the winning school, other prizes to be won include ” A golden ball with cash prize for the best player, cash prize for highest goal scorer, best behaved or disciplined school, best goalkeeper, best defender and best midfielder”

Urging other well meaning sons and daughters of Edo State at home and abroad to key into the initiative , Mr Imafidon calls for donations .

“In our bid to contribute our quota to help reduce the crime rate in Edo State,we are requesting sponsors and donation  from groups and individuals who are willing to help and positively touch the lives of our youth through empowerment and scholarship donation. Nothing is too small ” he said.

It can be recalled that two outstanding players, Emeka Utomi of Ine Stars FC and Efe Ugiagbe of Unique FC were given scholarship during previous edition in 2018/2019 donated by Mr. Imafidon and another ex-youth footballer, Nosa Odiase, based in Sweden.