2023: Peter Obi is a noise maker, Atiku Will Not Win -Primate Ayodele

Primate Ayodele stated this on  Saturday, July 9, 2022, while speaking at the presentation of his annual prophecy book “Warnings to the Nations” at the INRI Evangelical Spiritual Church premises in Lagos.

He said none of the contesting candidates in the major parties have what it takes to take the country to the promised land after the 2023 Presidential election.

He explained that though he does not see Asiwaju Bola Ahmed Tinubu of the All Progressives Congress (APC) winning the coming elections the man of God said Tinubu and the APC can only win by rigging the elections. 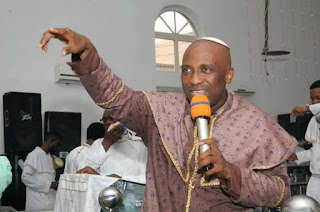 Primate Ayodele who also hinted that Tinubu will be betrayed by his confidants said Alhaji Abubakar Atiku of the Peoples Democratic Party (PDP) will only try but cannot win. He described Peter Obi of the Labour party as a noise maker.

The annual prophetic messages, “Warnings to the Nations” is on key issues across social, political and economic areas for personalities, leaders and nations