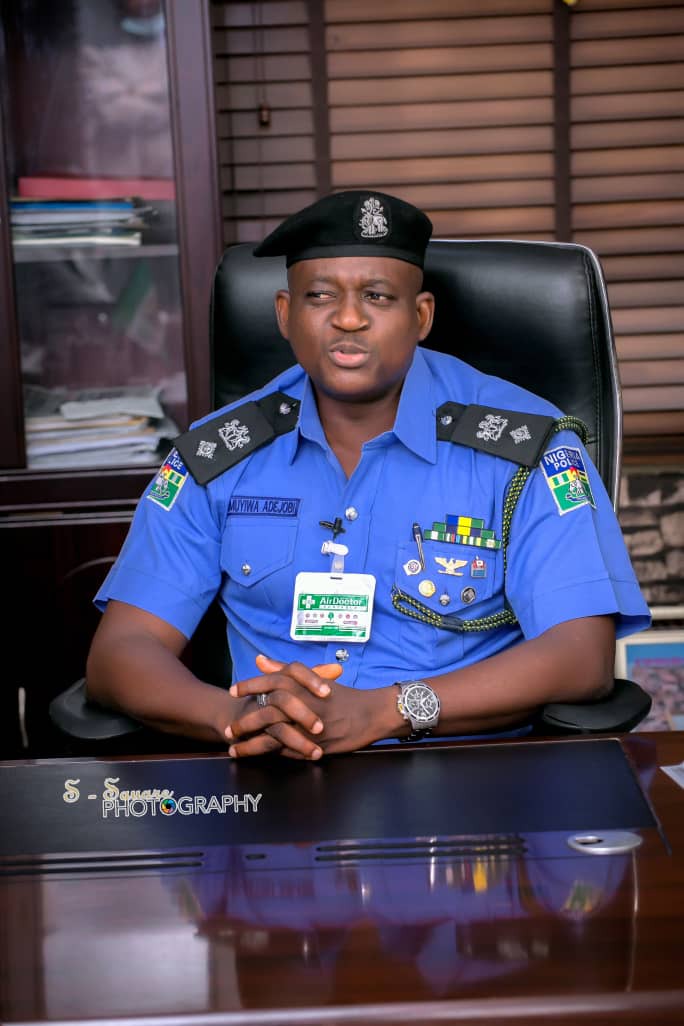 The Spokesperson of the Lagos State Police Command, CSP Olumuyiwa Adejobi this Thursday released some attractive, lovely, good-looking profile pictures to the media.

The indefatigable Police mouthpiece however advised men of the pen profession to maintain CP Hakeem Odumosu’s pictures in the Command’s stories.

Meanwhile, his picture can tag along in the body of stories.

Muyiwa Adejobi ,made this known to am Media practitioners in his Office Oduduwa GRA,Off Oba Akinjobi way Ikeja of the Lagos State Police Command.

Adejobi,however appeal to the Media to maintain all covid 19 protocols,by washing your hand for about one minute with clean soap and water.

He stressed further that,” they should keep one meter away from each other.

” I’m appealing to my media compatriots to continue partnering with the Police as they have always been a corporation towards securities in curbing the crime through their media publications .