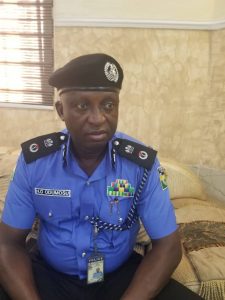 The Lagos State Commissioner of Police, CP Hakeem Odumosu, has reiterated the determination of the police in the State to continue to protect all residents including groups, associations, government agencies and public facilities.

The CP gave the reassurance when the General Manager, Lagos State Consumer Protection Agency, Afolabi Solebo, Esq. paid him a courtesy visit in his office at the Command Headquarters, Ikeja today.

The CP assured the Agency of his cooperation and support at all times especially during the exercise of its monitoring and enforcement duties.

In a related development, the CP promised to work in collaboration with all relevant friendly agencies, individuals and associations whenever the police were called upon to do so.

In appreciation of the efforts of the police in maintaining peace, law and order during the Covid-19 lockdown and during the ENDSARS crises in Lagos State, the Zonal Executive Committee of the Petroleum and Natural Gas Senior Staff Association of Nigeria (PENGASSAN), Lagos Zone, led by its Zonal Chairman, Comrade Eyam Abeng, presented an award of excellence to the CP as an appreciation of his selfless service.

Two other police officers, Inspector Zanu Jacob and Sgt.Yusuf serving in the Lagos State Police Command were also presented with plaques for their courage and dedication to duty in the face of daunting challenges.