The Okeho Exodus, is an account of the regicide of Onjo Olukitibi by his people in 1916 and the resolution of the colonial masters notably Captains Ross and Waters.
Posted By Town Crier News Nigeria
Published By Fitness Network Communications

The Historical play titled The Òkehò Exodus, written by Olutayo Irantiola, is set for release November 2022.

The play is a unique documentation of the story of Òkehò, the headquarters of Kajola Local Government area of Oyo State, South West, Nigeria.

This is a dramatic documentation of a specific episode in the story of Òkehò, the regicide of Ońjò Olúkìtìbí, in 1916, an incident that changed the Òkehò story drastically. 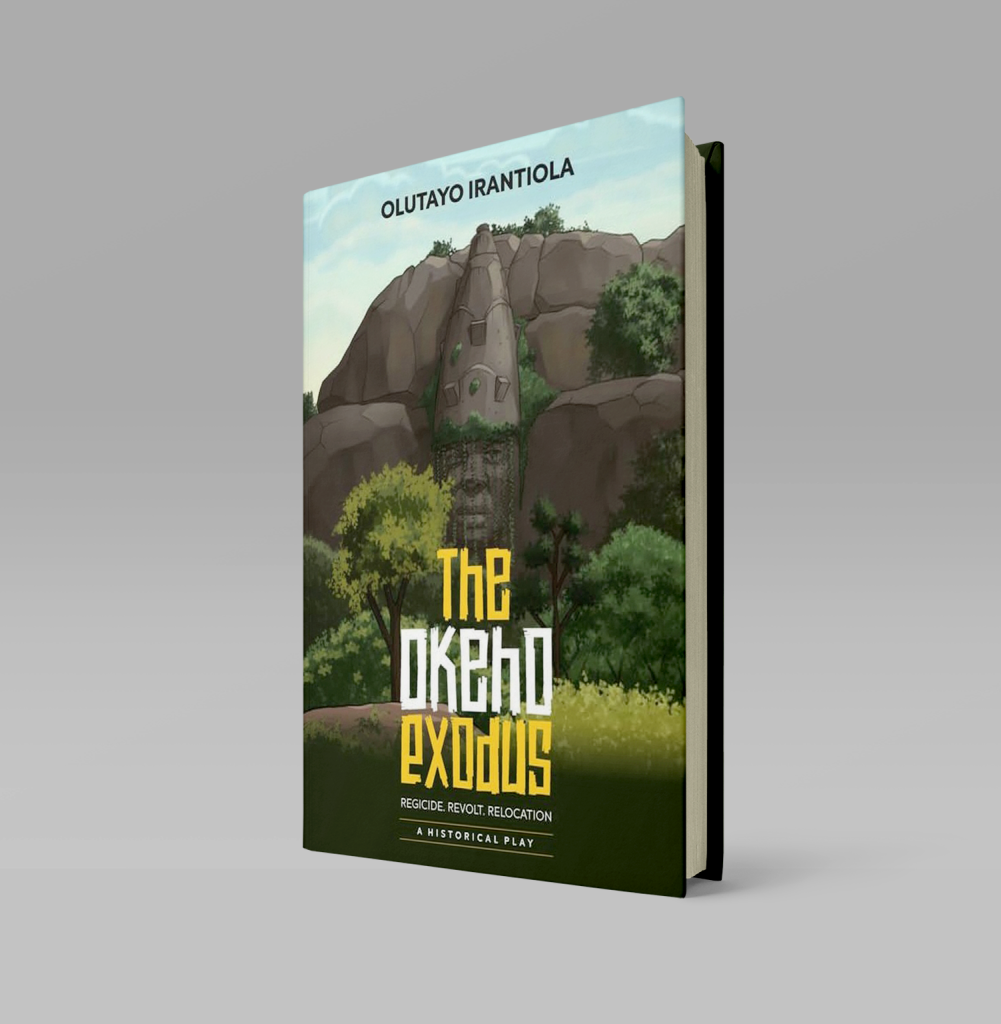 After the unfortunate incident, the British colonial administration stepped in to restore law and order in its way.

Its ultimate order was for Okeho to relocate from its nature-endowed refuge in the hills of Òkehò-Ahoro to its present site from which it had been forced to flee the Fulani and Dahomey invaders.

It is this part of the story of Òkehò that is effectively captured in this drama.

The Òkehò Exodus has been receiving several praises ahead of its release, Professor Segun Gbadegesin, Aṣíwájú of Òkehò who wrote the foreword to the play, noted that, “Ìrántíọ́lá has woven seamlessly the goals of truth-telling and entertainment and has demonstrated fidelity to historical accuracy while also achieving artistic excellence.”

According to him, “through this drama, he has effectively presented, not an unhistorical entertainment, but an entertaining history.

It is my fervent hope that this volume will generate the interest of serious cultural enthusiasts and the play will be staged in theatres across the country and the world in no distant future,” he added.

Also, Mr. Dípọ̀ Adéṣidà, the Chief Operating Officer of Verdant Zeal Group stated that “the story began on a romantic note, goes through the unprecedented labyrinth of divide and rule, infighting, intrigue and myopia, the genesis of bloodletting and eventual loss of a kingdom and by extension, an entire nation’s identity. Sadly, this story is still reminiscent of many African communities today who cannot see the bigger picture beyond the immediate economic or political benefits of personal gain in exchange for building a legacy of worthy governance structure for posterity.

Making a comment on the drama, the playwright, Olútáyọ̀ Ìrántíọlá, said, “I am delighted to bring this work of art to life.

Writing this play is a dream come true for me and I am excited that Nigerians will read and appreciate some occurrences that happened during the colonial intrusion in Yoruba land.

I hope that this play will form the basis for which we will identify who we are as an ethnic group and revitalize the profound ingenuity in us beyond the identity given to us by the colonialists.”

Ìrántíọlá debut play titled ‘With Our Uniform’, a satirical stage play that showcases societal decadence and the ruthless use of force by uniformed men was staged during the Lagos Fringe Festival in 2022 at Freedom Park, Lagos Island, Nigeria and the SOS Theatre Festival International in the United States of America in 2021. Also, to his credit, he has an anthology of poetry in English and Yoruba languages and a biography.

The book release coincides with the 2002 Lagos Books and Art Festival and the Okeho Day celebration slated for November 14- 20 and 20-26 2022 respectively.