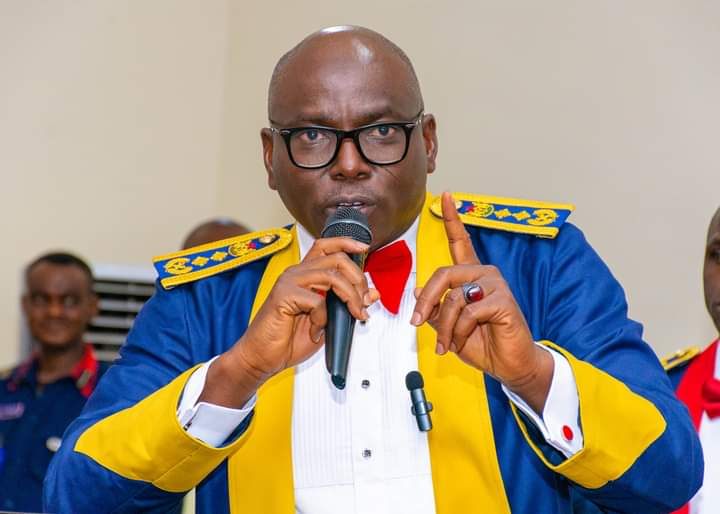 The Commandant General of the Nigeria Security and Civil Defence Corps, NSCDC, Dr Ahmed Abubakar Audi has restated that, machineries have been set in motion to properly reposition the Corps for effecient service delivery and tackling security challenges across the country.

In a press statement e-signed and released to the National Association of Online Security News Publishers, NAOSNP by the Corps’ Director of Public Relations, DCC Olusola Odumosu stated that, “As the world Civil Defence Day is been celebrated in all member Nations around the world with the theme: Civil Defence and Management of Displaced Population in the face of Disaster and Crisis; Role of Volunteers and the fight against Pandemic, the Commandant General, Nigeria Security and Civil Defence Corps, Ahmed Abubakar Audi PhD, mni said that machineries have been set in motion to properly reposition the Corps for effecient service delivery and tackling security challenges in the country.”

According to Odumosu, “He made this known at the occasion to commemorate the world Civil Defence Day which is an annual event being celebrated internationally by member nations. It is also a day to mark the Commandant General’s one year in office as the 3rd substantive Commandant General of NSCDC.”

“Dr Audi declared that he came with renewed vigour to restructure the Corps within the shortest time possible and therefore it is not surprising that within one year, he has revved up activities checkmating the illicit business of illegal oil bunkering, oil theft and vandalism of oil pipelines and installations which necessitated the deployment of well trained combatant armed personnel to all government installations and facilities for the protection of Critical National Assets and Infrastructure, which if compromised would result in loss of lives and property.”

“We are also rigorously reforming the Private Guard Sector to upscale the nation’s security architecture and curtail the effects of insecurity in Nigeria through collaboration in intelligence gathering” VG said.

He further maintained that the Corps has made giant strides in boosting agricultural production and farm yields in recent time through the proactive operations of the Agro ranger personnel assigned to protect the Agro allied industries and safeguard farmers from clashes with herdsmen which has led to drastic reduction in food production in recent time.

The introduction of the Agro rangers squad has brought about drastic reduction in farmers herders clashes with the application of Alternative Dispute Resolution while at the same time providing escort duties for farmers to guarantee their safety in the event of attack.

Dr Audi commended the special intelligent Squad he established as a task force to undertake special intelligence operations that could lead to the arrest of criminals, bandits, and most especially vandals and economic saboteur which within one month had arrested 30 trucks/tankers and over 60 suspects, who are currently being prosecuted at the court of law.

In the same vein, the Honourable Minister of Interior, Hon. Rauf Ogbeni Aregbesola who was ably represented at the event by Mr Ademola Adeyinka, SA to the Minister, affirmed that the Corps has come a long way and being one of the members of the international Civil Defence organization, the Corps has done outstandingly well amongst other member nations.

He advised that the Corps should involve the service of special Marshalls to complement the job of the NSCDC and a special communication skills should be available to every personnel for effective communication when carrying out official assignment.

He further commissioned the CG Escort office, welfare buses and different operation/utility vehicles in commemoration of the day.

Adeyinka commended the Dr. Audi led administration for having the warfare of his personnel at heart and added that the vision of the Minister is to make the Corps an outstanding and leading agency in the country in terms of service delivery.