Nigerian news website Legit.ng named no2 on Facebook in a July report by a media monitoring company NewsWhip.

Nigerian news website Legit.ng named no2 on Facebook in a July report by a media monitoring company NewsWhip.

The list also includes such media giants as FOX News, CNN, BBC and others. This comes as a big win for the Nigerian media landscape as global monitoring companies are beginning to recognise our news websites, with reference to our disruption of Anglo-American domination.

NewsWhip has been analyzing the market since 2011 and forms a media rating based on the level of engagement on Facebook pages, the number of publications and the type of content that the sites share. 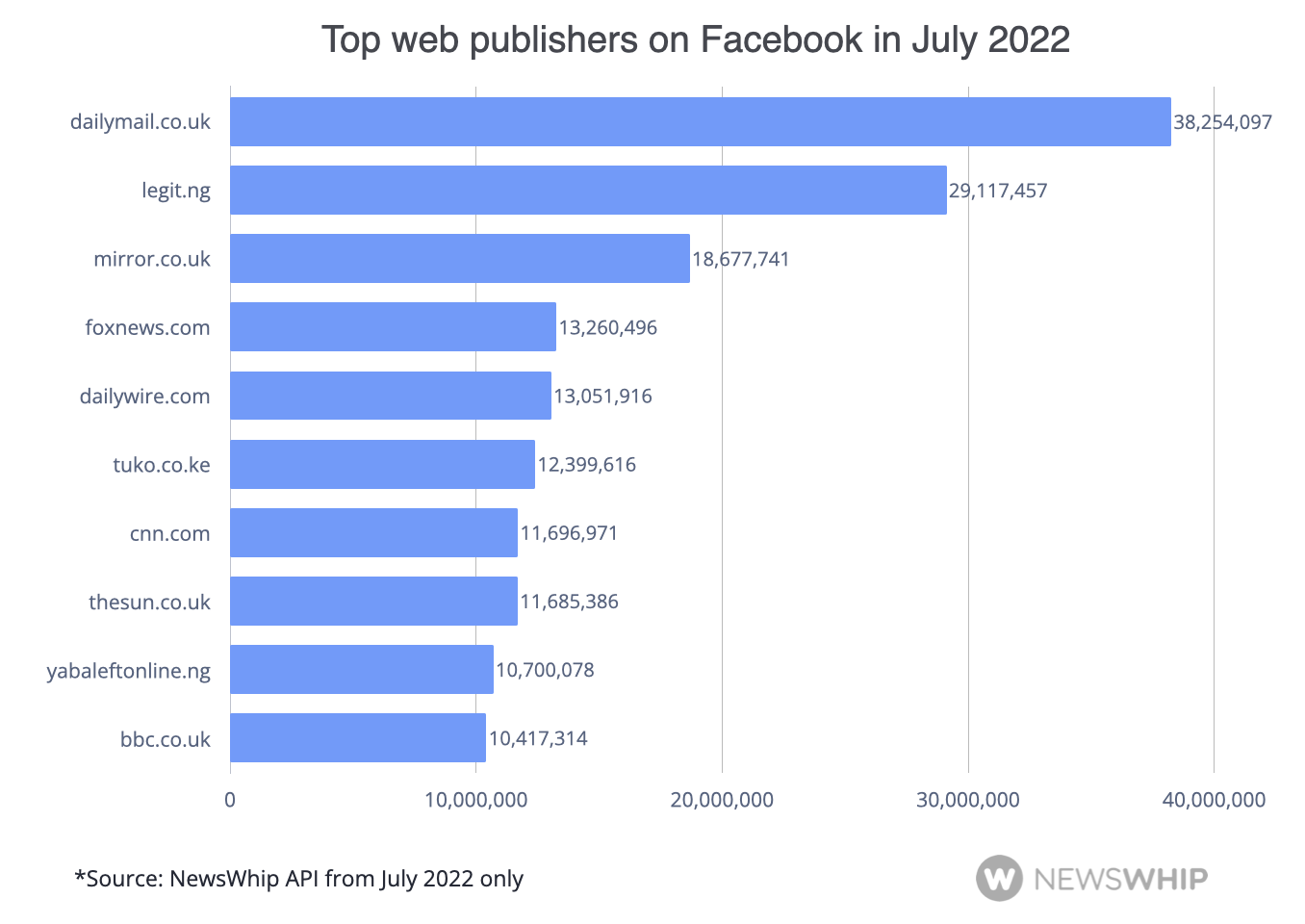 In May and June, Legit.ng successfully ranked second globally on the Newswhip Global Facebook Web Publishers coming after British news website Daily Mail with over 20 million engagements recorded each time. In July, Legit.ng sustained its grip as African leading Facebook web publisher and second global Facebook web publisher, but with a distinct edge which Newswhip editor, Benedict Nicholson called out:

“This dip was not true of all publishers in the top ten, with Legit’s numbers actually increasing from 25 million to 29 million month over month, and The Daily Mirror’s staying around the same at 19 million.”

He further went on to regard Legit.ng as the Nigerian publisher with a distinctly local flavor to its stories, with feel-good and success stories widely engaged.

Besides total likes, shares and comments, NewsWhip tracks the most engaged articles from news publishers monthly. In July 2022, 3 stories by Legit.ng made it to the list of 15 most popular articles on Facebook.

NewsWhip’s team commented on this: “Interestingly, despite being the top publisher, The Daily Mail did not feature among the top 15 stories overall, though its closest competitor Legit did manage to get three of the top stories.” 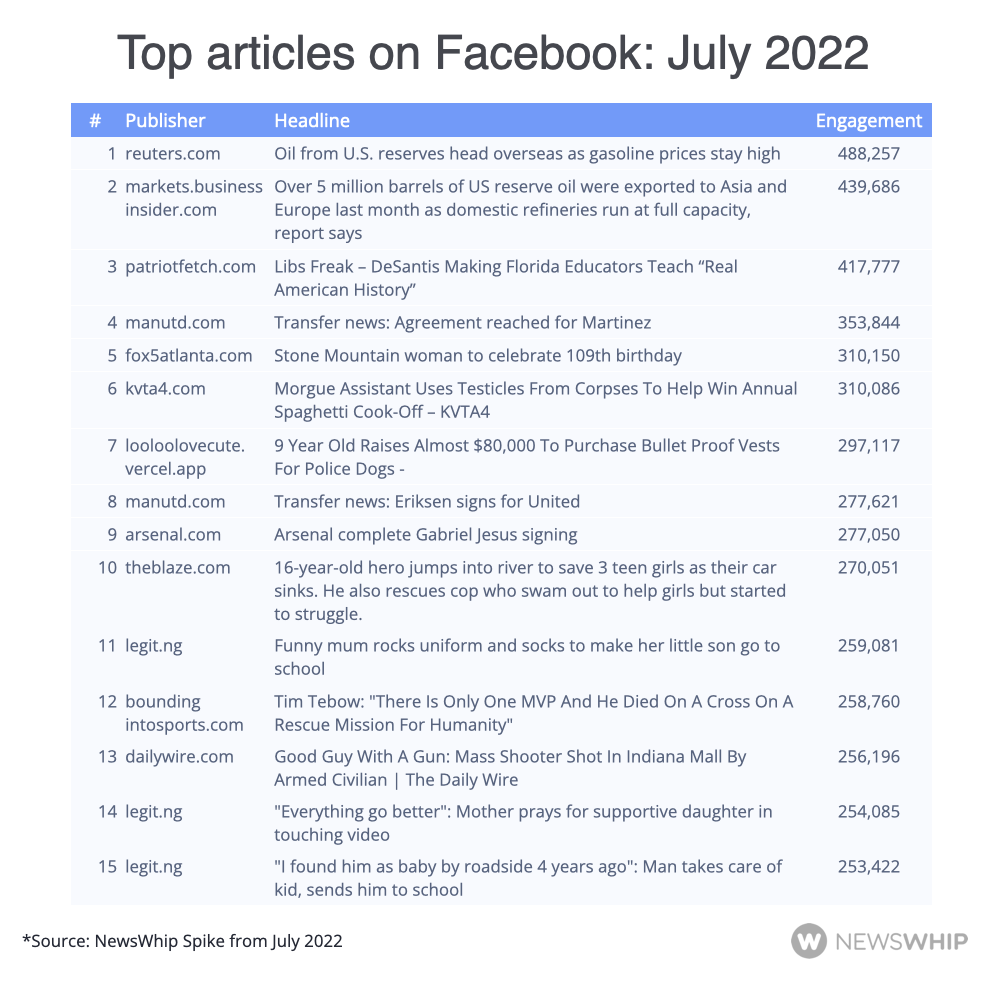 Global Media monitoring companies are starting to recognise African and Nigerian news brands. They not only include us in their reports but say that we ‘disrupt Anglo-American domination on the market’, leaving behind media giants.

We recognize you as a leading editor in a top news focused company, and we are hoping that you will join us in celebrating this feat and share the news of the Nigerian digital media recognition in the global space. We hope this interests you enough also to put out as content on your publication.

I am happy to provide more information and context about this where necessary. Any time you’d like to have a comment about African media – feel free to contact me