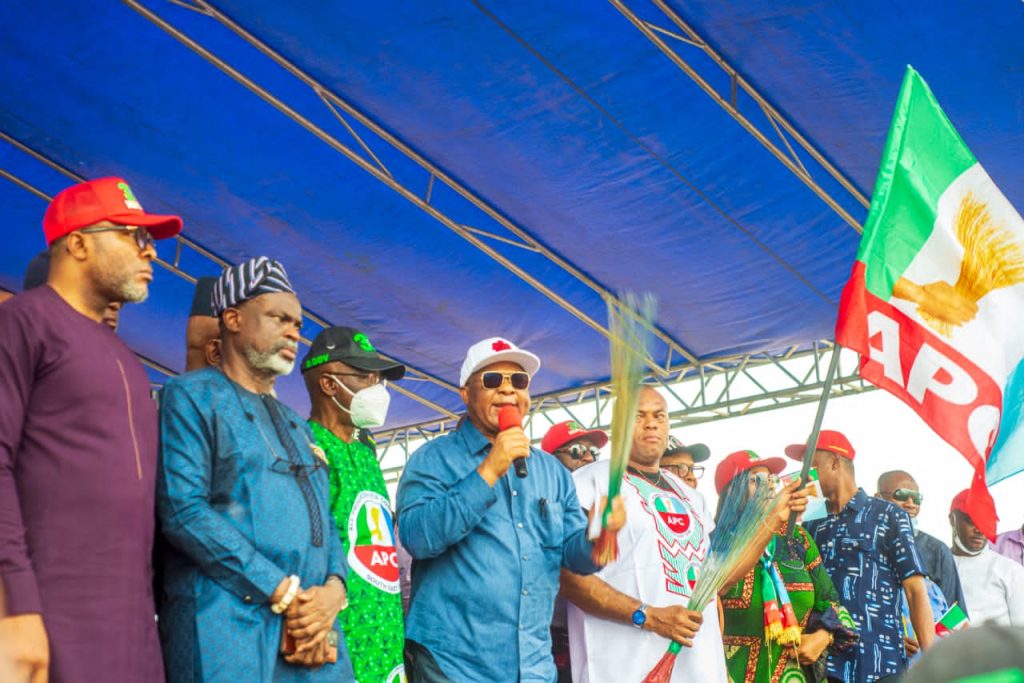 As Ngor Okpala people go into by-election on Saturday, February 2022, the Senator representing Imo North in the National Assembly, Chukwuma Frank Ibezim, has cautioned the people to be careful not to be deceived by the opposition.

Ibezim urged support for the All Progressives Congress, APC, and her candidate, Okenze Blyden Amajirionwu, during a mega rally in Ngor Okpala.

He assured the people that Amajirionwu has all it takes to give them quality representation, adding that the APC candidate has a long record of selfless service and as a seasoned technocrat and politician, who will put to good use his good credentials in the business of legislation, to yield positive results for the people.

He maintained that Amajirionwu will change the tides through quality representation in no distant time if elected on Saturday.

Sen. Ibezim, therefore, assured the people of the dividends of having their lawmaker from the same party with the governor as it will attract development and projects to the area as well as making the task easier.

The senator called on Ngor Okpala people to shun playing politics of opposition and further urged them not to be deceived by the antics of the opposition that has failed them in the past.
According to Ibezim, Saturday is another opportunity for the people to right the wrongs of 2019 as he expressed optimism that the APC will emerge victorious in the poll.