Posted By Town Crier you

The Executive Governor of Yobe State, His Excellency, Hon Mai Mala Buni has once again praised the troops of Operation Hadin Kai for the efforts and sacrifices they put in daily to ensure peace and tranquility returned to the State. The Governor made the statement on Saturday at the Year 2022 Medal Presentation Parade for troops of Sector 2 Operation Hadin Kai held at the August 27 Stadium Damaturu the Yobe State Capital.

He observed that the Nigerian Army has always conducted its operations with extra caution to ensure that the law-abiding citizens do not suffer damages following the nefarious activities of the insurgents. He further stated that Operation Hadin Kai has tremendously contributed to the stabilization of peace in the polity and revival of socio-economic activities in the State and North East region at large.

He said the medal presentation parade is a significant mark of appreciation for the unquantifiable contributions troops have made in creating the right atmosphere for the developmental pursuits of the present administration in Yobe State.

Gov Buni who was represented by the Special Adviser on Security Matters, Brigadier General Dahiru Abdulsalam (Rtd), urged the troops not to rest on their oars as the State Government will continue to support and provide the required leadership in the state.

He said the medal presentation is also one of the ways the Nigerian Army uses to show love, support, encouragement as well as boost the morale of its personnel who are sacrificing their freedom including paying the supreme price for the fatherland. He also expressed profound gratitude to the Governor of Yobe State, Hon Mai Mala Buni for being a good host to troops of Operation Hadin Kai in the State. The Commander also acknowledged the synergy that exists between the Sector and all security agencies in the State. 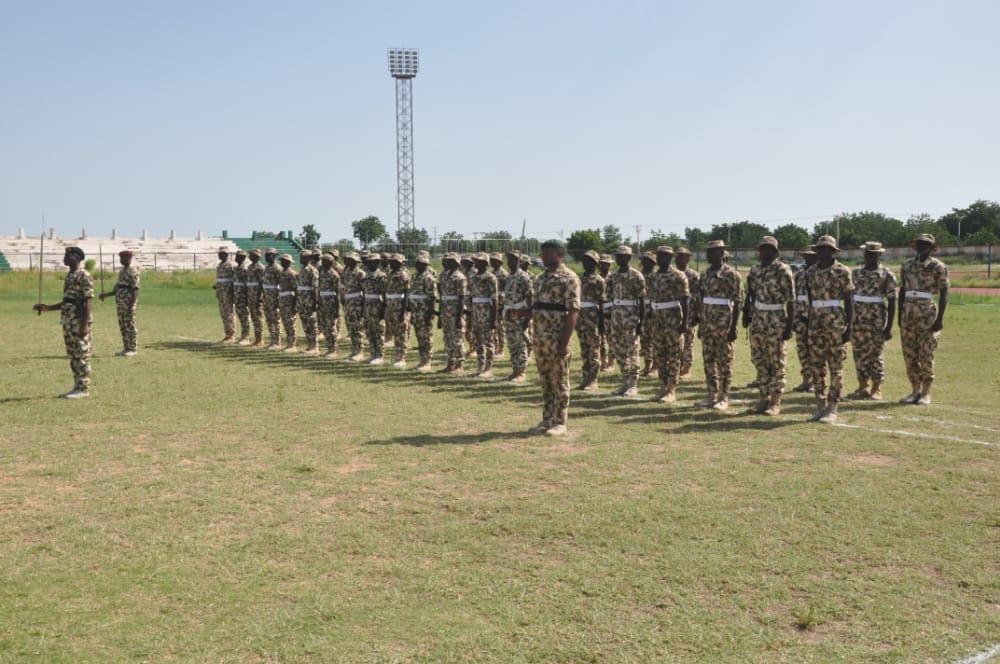 The Medal Presentation Parade was indeed colorful as it was graced by top government functionaries, Heads of Security Organisations, Traditional rulers, Non-Governmental organizations, and members of the press. The high point of the event was the medal presentation and observation of one minute silence in honor of fallen heroes.

A former policeman, Ariwayo Oloyede Destiny, a.k.a Oyinbo, has been convicted for trafficking in person by a Federal High Court, Lagos.