In line with the unflinching efforts of the Commandant General ( CG ), Nigeria Security and Civil Defence Corps ( NSCDC ), CG Ahmed Abubakar Audi, PhD, mni, to stamp out oil thieves and eradicate vandalism in the country, the Commandant General Special Anti – vandal Monitoring Unit, in collaboration with the Anti – vandal Unit of the Lagos State Command, have achieved another feat, in the bid to clamp down on oil pipeline vandals, amidst other criminal elements in Lagos State.

The Commandant, NSCDC, Lagos State Command, Commandant Eweka Edenabu Okoro, msc, acma, cna, has also ordered the Intelligence department, of the Command to intensify further investigation on the matter, in a bid to ensure that the law takes its full and rightful course.

In the same vein, Commandant Eweka Okoro, has also deployed one thousand, five hundred ( 1,500 ) officers and men to ensure adequate security and the protection of Critical National assets and Infrastructure ( CNAI ), during this year’s Eid-El-Kabir celebration, in Lagos State.

The Commandant, disclosed this to newsmen, today, at the State Command’s Headquarters ( SHQ ), in Alausa, Ikeja, through the Command’s Public Relations Officer ( PRO ), Assistant Superintendent of Corps I ( ASCI ) Abolurin Oluwaseun.

He further said that this efforts will help to rid of criminals and eradicate the nefarious activities of vandals and other elements that could be inimical to the economic growth and development of the state.

In a bid to ensure peace and tranquility and the protection of CNAI, amongst other things, in Lagos State, before, during and after this year’s Eid-El-Kabir celebration, the PRO said, “the Commandant has also intentionalised and institutionalized new operational strategies in the State Command Headquarters, Area Commands, Divisional Offices, Right of ways and other tactical formations of the Command.”

He went further to elucidate the significance of the operational guidelines to the Head of Departments, Head of Units in the Command, six ( 6 ) Area Commanders, twenty ( 20 ) Divisional Officers, thirty-seven ( 37 ) officers-in-charge ( OCs ) of sub-divisions and outposts, Unit and Tactical Commanders.

He charged the officers to bring the right and appropriate impetus on board to protect all strategic locations, points, facilities, right of ways, oil pipeline installations, religious and worship centres, parks and gardens and all assets belonging to the Local, State and Federal Government of Nigeria, in the State,
before, during and after the celebration, through the use of robust intelligence gathering, intensive patrols – physical and psychological, crime prevention mechanisms, Quick Intervention Squad approach ( QIS ), feedback mechanism and collective security approach.

The Commandant, while congratulating the Muslim Faithfuls in the state, on this year’s Eid-El-Kabir celebration, warned the officers and men deployed to be on the alert as they discharge their duties without fear or favour of any kind. He also further charged the officers and men deployed to remain professional, competent, respect the rights and privileges of the civil populace, in the course of their duties, before, during and after the celebration. 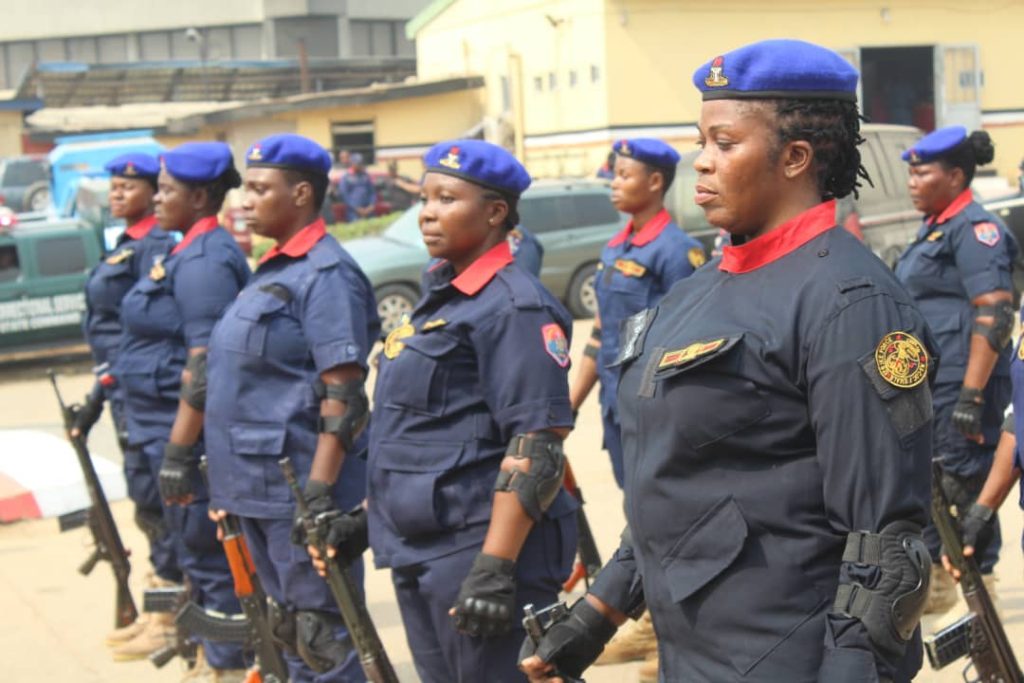