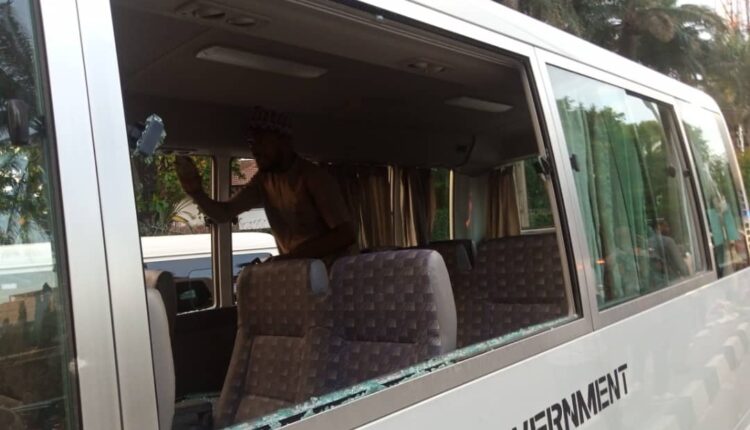 Journalists attached to the Lagos State governor’s office were reported to have been attacked by hoodlums, inflicting severe injuries on at least one pressman in the Lagos Island axis of the state.

Town Crier News Nigeria gathered, that one of the pressmen that sustained injuries was a correspondent attached to the State House from Western Post, an online medium, and identified as Lola Ogunrinde, who was hit on her right eye. 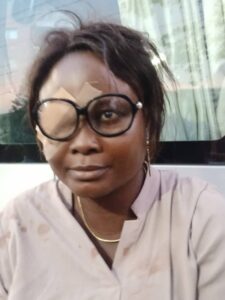 Aside from her, other pressmen were reported to have sustained minor injuries during the attack perpetrated by hoodlums who were said to have stormed the palace of Oba of Lagos, Oba Riliwanu Akiolu, after information filtered in that All Progressives Congress (APC) presidential candidate, Asiwaju Bola Amed Bola Tinubu, was at the palace with the governor, Babajide Sanwo-Olu, and his colleagues from Kano, Abdullahi Ganduje as well as other dignitaries.

Others were, Speaker of the Lagos State House of Assembly, Mudashiru Obasa; his deputy, Wasiu Eshinlokun-Sanni; members of the Governance Advisory Council (GAC); former Minister of State for Defense, Musiliu Obanikoro; Lagos APC chairman, Cornelius Ojelabi; Chairman/CEO of Nigeria in the Diaspora Commission (NiDCOM), Abike Dabiri-Erewa, serving and former members of the National Assembly and Lagos State House of Assembly.

The pressmen were allegedly attacked by the hoodlums on Sunday while returning from the Palace where they had gone to report the visit by Tinubu who was returning to the state after winning the primary.

In the video obtained by our correspondent, the bus conveying the pressmen away from the palace was filled with Shattered Glasses and the pressmen were seen praising God that they escaped the attack.

One of the correspondents who spoke to The Guild said that the hoodlums attacked them shortly after Tinubu, Sanwo-Olu and other dignitaries left the palace for other engagements in the state.

According to her, we did not know the reasons for the attack, all we discovered was that the hoodlums pelt our bus with stones that shattered the glasses and hit one of the correspondents on her right eye. 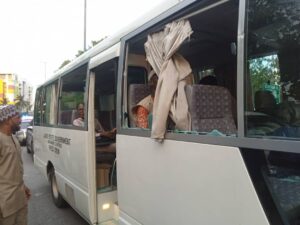 “Aside from Lola, others also sustained injuries, although her (Lola) injuries was the most severe and we had to quickly ensure that she got necessary treatment”, she added.

Investigations, meanwhile, carried out by our correspondent revealed that the hoodlums became angry after all efforts to get money from Tinubu, Sanwo-Olu, and Lagos deputy governor, Dr. Obafemi Hamzat, and other dignitaries at the palace proved abortive