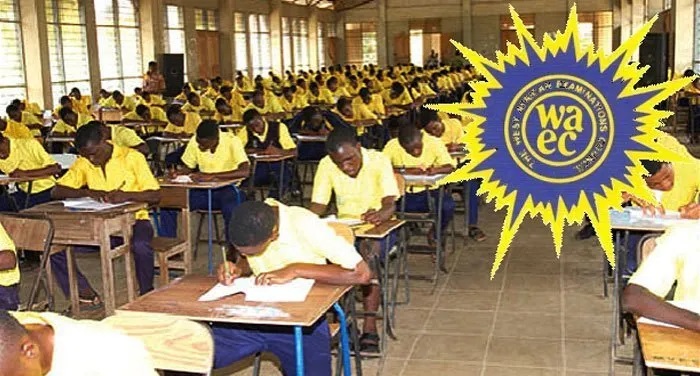 Full List of Schools Blacklisted By WAEC 2022 has been further updated below.

“The schools were derecognized as a result of examination malpractice perpetrated in the schools during the WASSCE for School Candidates, 2021

“No teacher from any of the derecognized schools will participate in the conduct of the examination in the school for the period of two years as external supervisors and Invigilators will be deployed from other schools to conduct the examination,” it concluded.

Town Crier News Nigeria reports that the West African Examination Council (WAEC) has banned 35 secondary schools in Rivers State from presenting candidates for the Secondary School Certificate Examination over their involvement in examination malpractices in past exams.

This was contained in a letter signed by the Deputy Registrar/Zonal Coordinator for Head of National Office of WAEC, S.D. KUM, and addressed to the affected schools, through the State Ministry of Education.

According to the letter, schools affected by the ban are barred from registering candidates for the examination until further notice.

In reaction to the list of blacklisted schools by WAEC, the Rivers State Government demoted 14 public secondary schools principals over their schools’ involvement in examination malpractices.

The state Commissioner for Education, Professor Kaniye Ebeku relayed their demotion on Monday, March 21 in Port-Harcourt, saying it was in response to the delisting of 35 schools in the state from participating in WAEC’s examinations. He blamed school administrators for allowing examination malpractices to thrive in their Centres.

21 private schools affected by WAEC delisting have also been stripped of their licenses by the state government.

The commissioner stated that the state has no tolerance for examination malpractices as it had in the past dismissed and suspended Principals and staff found wanting, including the withdrawal of approval certificates of private schools involved in the act.

The schools, which have been blacklisted and fined N25,000 each by the examination body, cut across the three senatorial districts of the state.

Governor Abdulrahman Abdulrazaq in a statement through his spokesperson, Rafiu Ajakaye in Ilorin, the Kwara State capital, on Tuesday, expressed sadness over the development, describing it “as unfortunate.”

He further threatened heavy sanctions against school heads or officials caught aiding and abetting examination malpractices in the state.

He added that “the development is the worst in the history of the state.”

It will be recalled that WAEC conducted the examinations between 8th April and 31st May, 2019 across the country.

No fewer than 30 schools have been delisted in Benue State by the West African Examinations Council (WAEC) over examination malpractices.

The state Commissioner for Education, Prof. Dennis Ityavya, disclosed this to newsmen on Saturday.

According to Ityavya, some of the affected schools are private adding that some of the schools have had their results withdrawn.

“Let me inform the public that WAEC has delisted 30 schools in the state and most of them are private schools, some of them have had their results withdrawn by the body for examination malpractices.”

The commissioner noted that the state government had also listed over one thousand schools, both primary and post-primary, for shutdown.

Recall that about 2,300 illegal primary and post-primary schools were closed in 2018 by the state government.

Ityavya, who decried the proliferation of illegal schools in the state, said officials of the ministry alongside security operatives, would move round the state to shut down the illegal schools.

Adamawa: Oasis of peace in an unstable zone

Don’t Plunge Rivers into Crisis Over Crude Implementation of your Infamous Executive Orders 21 and 22 ~ Eze Tells Wike * Says Desperation to Foist Prohibitions on Rivers People is Gross Display of Executive Recklessness Borne Out of Fear of Imminent Defeat…. Describes Attack on Senator Maeba as Barbaric, Signaling a Looming Danger Ahead of 2023 Elections… Counsels Rivers Governor to Limit Himself Within the Confines of the Powers of His Office as the Controversial Orders are Ultra Vires His Powers and Indicate an Express Invitation to Anarchy ….Asks FG, Security Agencies to Call Wike to Order Before He Sets Rivers State on Fire *