The Ekiti State Gubernatorial elections is less than 24 hours and plans are in top gear for the successful conduct of the polls. The Nigeria Security and Civil Defence Corps (NSCDC), as part of its deliberate strategies to ensure effective monitoring of the security situation of the election in Ekiti, has set up a situation room at the State Command Headquarters with support from USAID, UKaid, Balm in Gilead Foundation for Sustainable Development and the National Democratic Institute (NDI).

In a press statement e-signed and released to the National Association of Online Security News Publishers, NAOSNP by the NSCDC Director of Public Relations, DCC Olusola Odumosu stated that, “The situation room is a proactive measure to swiftly respond to emergencies especially as it relates to security breaches and rescue probable electoral violence victims.

It will also help to update Ekiti people and the general public on the conduct of the election.”

The Corps’ Acting Deputy Commandant-General (DCG), Operations, Haruna Lawal Muhammed, fdc, in charge of EKITI election operations, said that although the state was adequately secured, it was important to ensure the rights of women and other vulnerable individuals are protected in before, during and after the election. 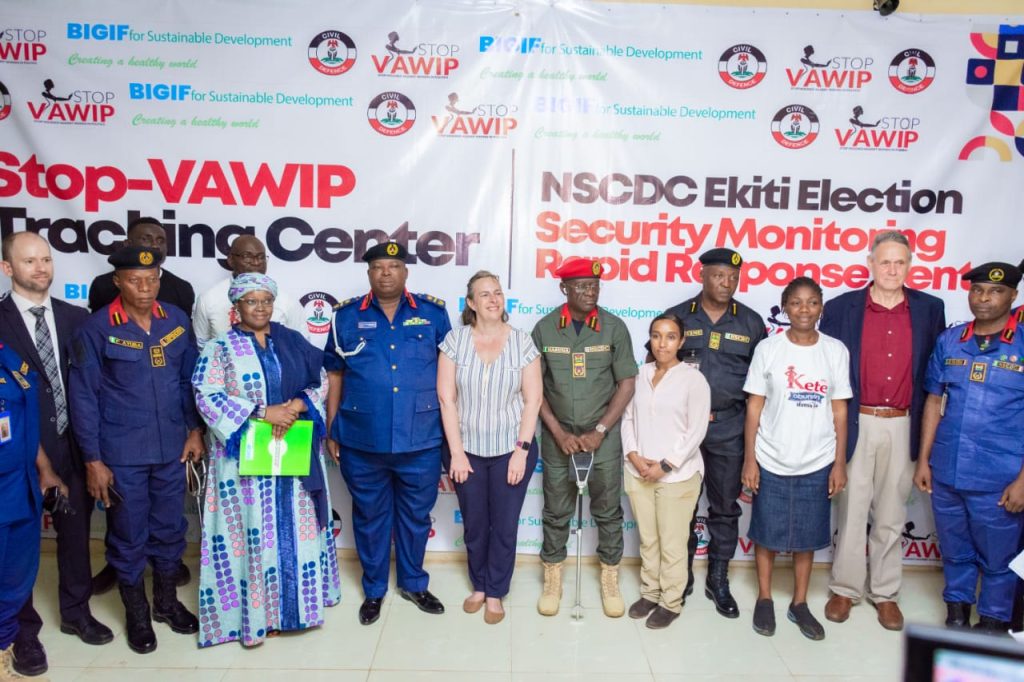 According to him, NSCDC will continue to partner all relevant organisations ready to ensure that the security and rights of citizens are not violated.

To this effect, National Association of Online Security News Publishers, NAOSNP gathered that the Ekiti Election Monitoring Situation Room and Rapid Response Centre will be deploying the N-Alert security platform from the Ministry of Interior with three alert categories: See Something Say Something, Records and Election Monitoring.

In doing so, members of the public are provided with a Toll-Free line, which is 080046837467, to enable the public to link up with the Situation Room and furnish them with details from any part of the State to protect women and persons with disabilities who are more vulnerable ahead of Saturday’s gubernatorial election.

Haruna disclosed to NAOSNP that NSCDC launched her Gender policy in 2021 and in recognition of the competence and capability of women, 160 armed Special Female Squad were drafted to ensure resistance of any form of violence, intimidation and abuse especially, against women involved in the political exercise in the state.

The Executive Director, Balm in Gilead Foundation, Tumininu Adedeji said that the organisation has a mandate with the National Democratic Institute to have a survival center for stopping Violence Against Women in Politics (VAWIP). This is because women are more at risk before, during and after elections.

Adedeji advised citizens who are in the habit of attacking women during election to desist from such acts.

In the same vein, Mr Stephen Snook, Country Director, NDI thanked the Corps for establishing a mandate that promotes the rights of women in politics, reiterating that, NDI has prioritized this so that women can enjoy a free voting and political process.