• emphasised the importance of training in Combating Terrorism and Insurgency 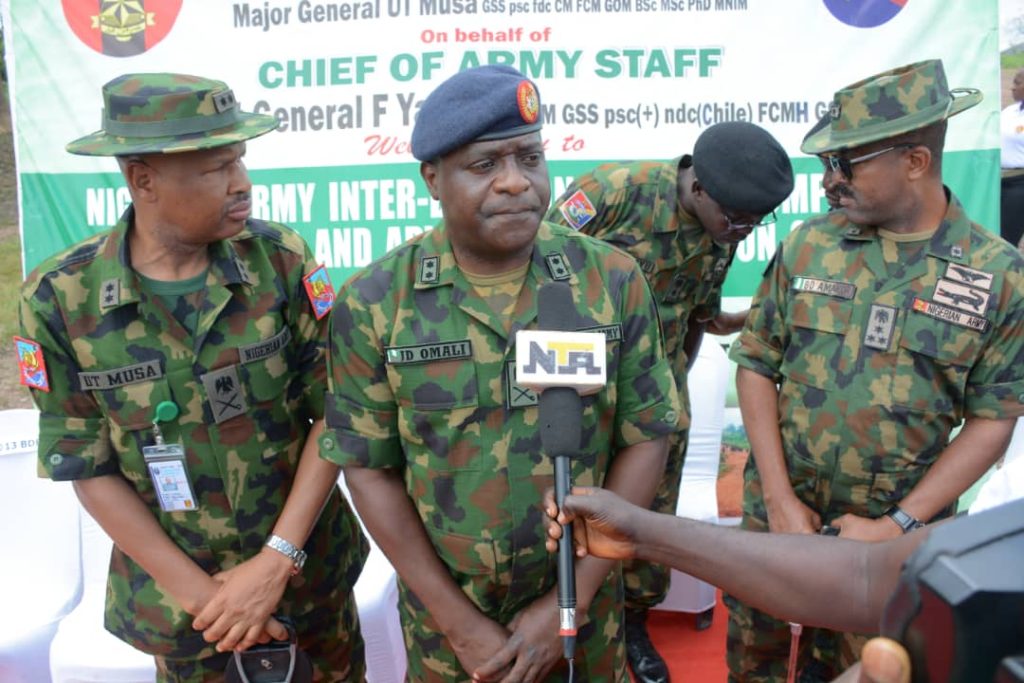 The COAS who was represented by Major General Joseph Omali reiterated the importance of training in the fight against insurgency and terrorism noting that competition will also enhance the leadership development of junior commanders.

Gen Yahaya urged the participants to strive hard in order to bring out the best in the championship assuring them that efforts and preparations for the competition will translate to relative ease in conduct of operations. He commended the 82 Division in selecting Ogoja for the championship adding the terrain provides all features needed for training of this nature.

Earlier, the General Officer Commanding 82 Division Nigerian Army Major General Umar Musa in his welcome address acknowledged the emphasis the Nigerian Army under the current leadership of COAS placed on training. He expressed his confindence that the competition would be adventurous and entertaining.

The five days competition draw participants from six Divisions across the Nigerian Army and Army Headquarters garrison. They would undergo fitness test, ten and thirty kilometers run with heavy loads among others.

No one is exempted from paying waste bills – LAWMA MD