It seems the stars are truly aligning for Big Brother Naija 7 (BBN 7) housemate -Cyph – as he recently won N1million in the Fidelity Bank Get Alert In Millions Season 5 promo (GAIM 5). 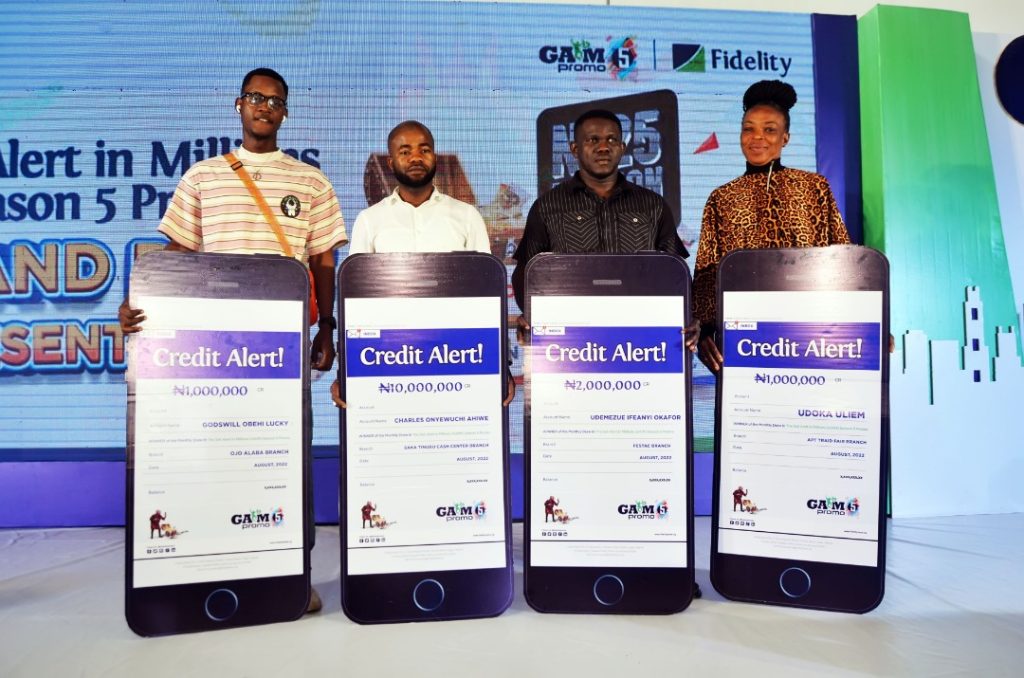 Emeka Bright Nwekete (AKA Cyph) a customer of Fidelity Bank, Owerri emerged as one of the 10 winners in the August monthly draw of the promo. 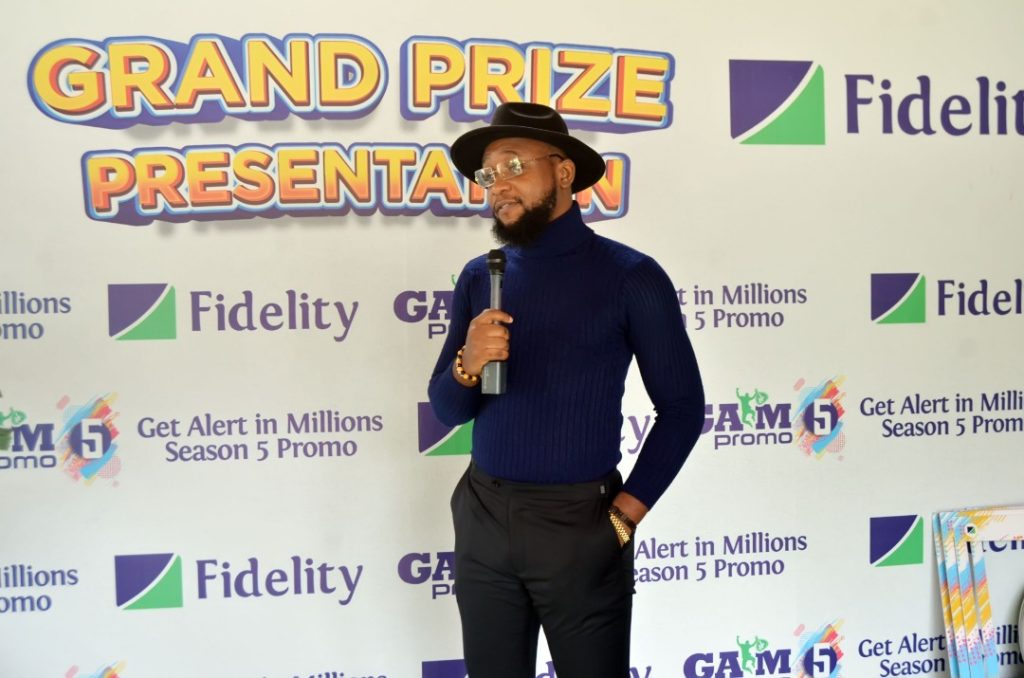 The draw, which also doubled as the grand finale draw of the campaign, saw Charles Ahiwe of Saka Tinubu Cash Centre win the star prize of N10 million while Alaba Ajiloye of Gwagwalada branch and Udemuzue Okafor of Festac branch, emerged as the first and second runners-up winning N5 million and N2 million naira respectively. 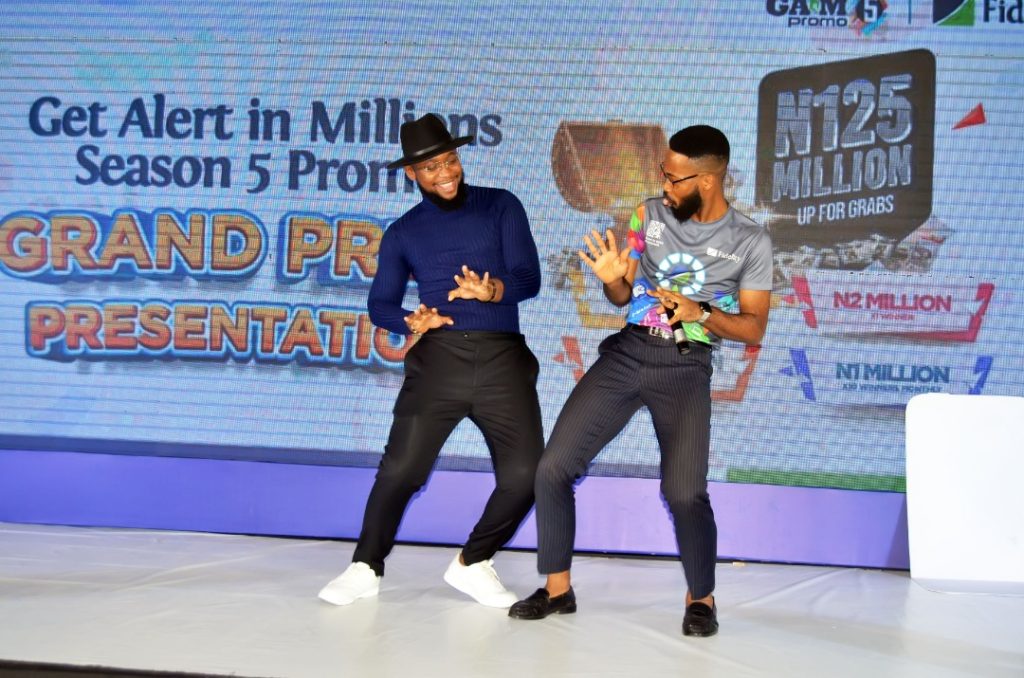 At the prize presentation ceremony which held at The Metropolitan Club, Victoria Island, Lagos on Wednesday, 7 September 2022, it was an elated Cyph who came in the company of fellow BBN 7 housemate, Christy O. (Christiana Oluwafunke Ojumu) to receive his prize.

“Today marks the fulfilment of the promise we made last November when we commenced the journey of rewarding our customers for maintaining a healthy savings habit with N125million in cash prizes.

During this campaign, we have rewarded 1,880 customers with various sums of money comprising 1,800 customers that have won N10,000 each in 36 weekly consolation draws and 80 customers who have won N1million each in 8 monthly draws. 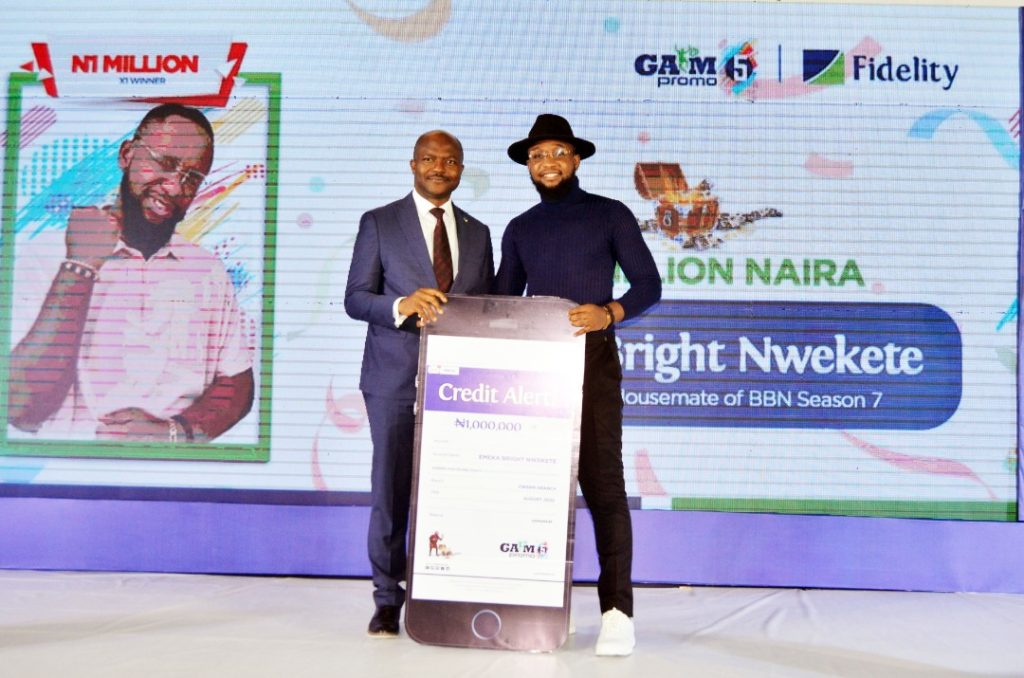 In today’s event, we would be presenting cash prizes to 13 winners that emerged in the grand and final monthly draws which held last week”, said Promo Chairperson and Executive Director, Lagos and South-West, Fidelity Bank Plc, Dr Ken Opara in his welcome address.

The prize presentation event also had representatives of the National Lottery Regulatory Commission, Federal Competition and Consumer Protection Commission and Lagos State Lotteries and Gaming Authority as well as winners in the GAIM 5 promo, their relatives, media and staff of Fidelity Bank in attendance.

Expressing his gratitude to regulators and customers, Dr Opara, who was represented by Chinwe Iloghalu, Regional Bank Head, Victoria Island said: I want to seize this opportunity to thank our regulators who have supported us on this journey. Since the launch of the campaign and through several monthly draws and prize presentation events, you have been there to keep us on the straight and narrow.

Thank you for making this campaign a success. I also want to thank our customers for keeping faith with Fidelity and providing us with the opportunity to prove why banking with us is a rewarding venture.