AYO OGUNSAN BAGS NAOSNP MAN OF THE YEAR AWARD; SAYS ‘MY JOY IS WHEN I SEE SECURITY AGENCIES WORKING

AYO OGUNSAN BAGS NAOSNP MAN OF THE YEAR AWARD; SAYS ‘MY JOY IS WHEN I SEE SECURITY AGENCIES WORKING’

As widely publicized across several platforms and hailed by big names within and outside Nigeria’s security architecture, the Member of the Board of Trustees of Lagos State Security Trust Fund (LSSTF), Dr. Ayo Ogunsan has bagged the NAOSNP’s Man of the Year Award. The honour which was bestowed on him for ‘the awesome work that you are doing to champion the cause of national security and economic development’ held at the prestigious Civic Center, Victoria Island, Lagos on Wednesday 21st September, 2022. 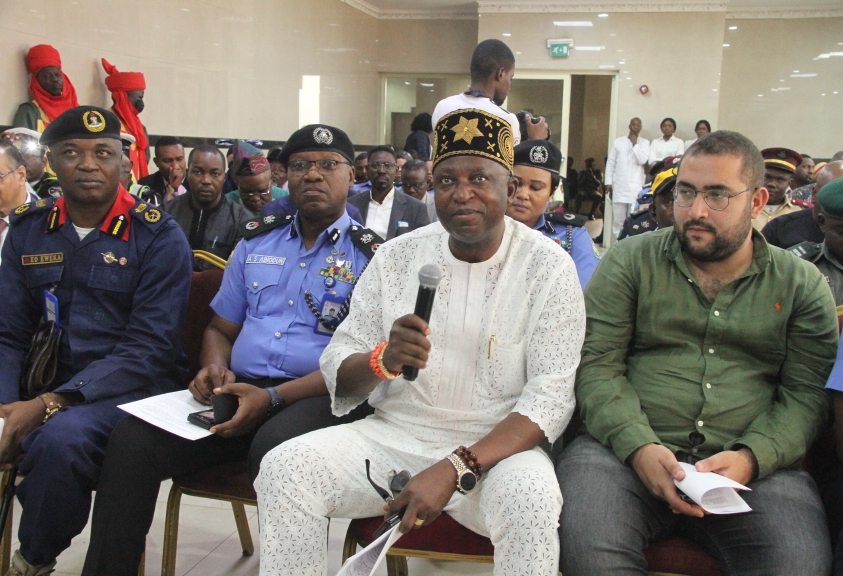 The annual conference and award organized by the umbrella body of journalists and publishers reporting security, safety, and other allied beats is the third edition. The theme “Crime Prevention and Intelligence Gathering: Institutionalising Citizen Participation, Technology, and the way forward,” was set against the backdrop of the all-important support that security agencies in Nigeria require to work and succeed. 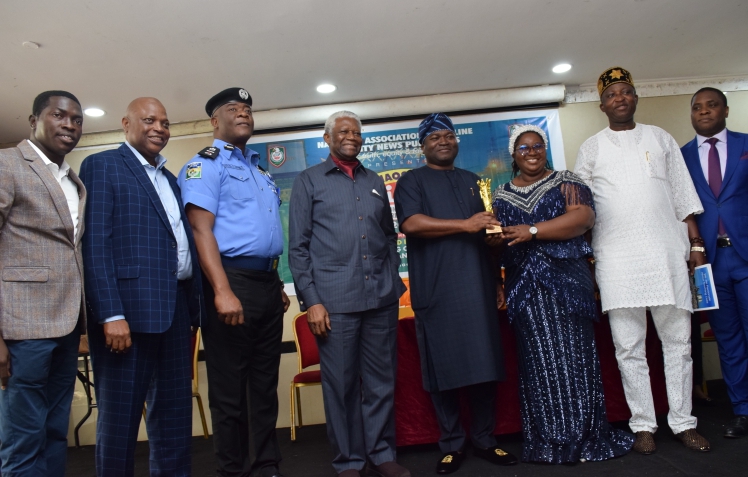 It is on the basis of this immense support that Dr. Ayo Ogunsan was awarded the Man of the Year award. Dr. Ogunsan is highly regarded as a civilian who towers high in supporting Nigeria Police and other security agencies. Excited about the accolade, the Chairman of Executive Trainers Limited, Dr. Ayo Ogunsan remarked: ‘My sojourn into the security space started just about 11 years. From then, I made up my mind that I will contribute my very best to the interest of the security agencies in Nigeria especially Lagos state. My joy is when I see security agencies working and having all things required to perform their functions. As long as I see them happy, I am happy. If we, civilians refuse to support them, we can’t complain.’ 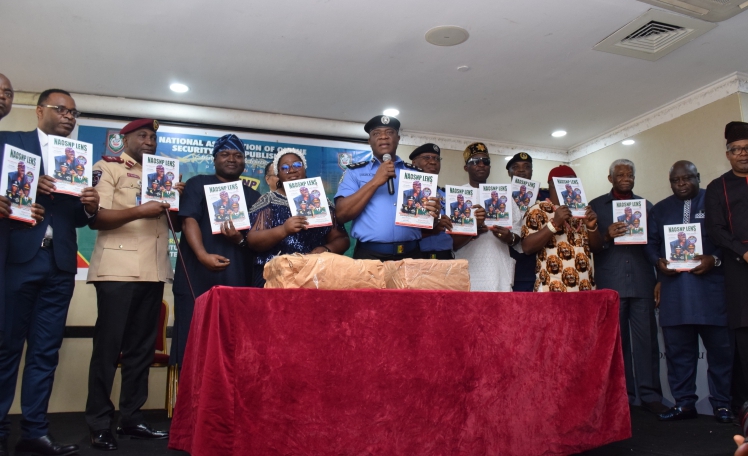 ‘This award means one thing for me. The reward of hardwork is more work. You have challenged me to do more and I will do more’, he told the National Association of Online Security News Publishers (NAOSNP).

Celebrating the large gathering of security icons, both in private and public service, who were present with him at the event, the Patron of the Police Community Relations Committee (PCRC) in Lagos state said: ‘I want to appreciate you all for your time out here. The AIG Zone 2, AIG Adeleke Bode, Commissioner of Police, Lagos Command, CP Abiodun Alabi, Commissioner of Police, Ogun state, CP Lanre Bankole, AIG Olusegun Odumosu (rtd) thank you for honoring me today. I am very excited to see elders come out for this programme that we young boys are doing’.

Lending his voice to support the activities of the security agencies, another towering civilian, Babajide Kolade-Otitoju said: ‘Who says all security operatives are corrupt?

That statement is nothing but untrue. I know a lot of security officers who do not take bribes. If I say bribe, I mean life-changing bribe – money that can change your life. And for all Nigerian Army, Police, NSCDC, Immigration, Customs, and NDLEA officers, who diligently discharged their duties, and who stood firm for the truth to make Nigeria great by not collecting bribes regardless of the degree.’ The media champion also bagged an award at the event.

In the same vein, the former Minister of External Affairs and Governor of old Imo State, Major General Ike Nwachukwu (Retd) commended security agencies for rendering selfless service to the country and added that people can sleep with their two eyes close because the security agencies have been putting in a lot.