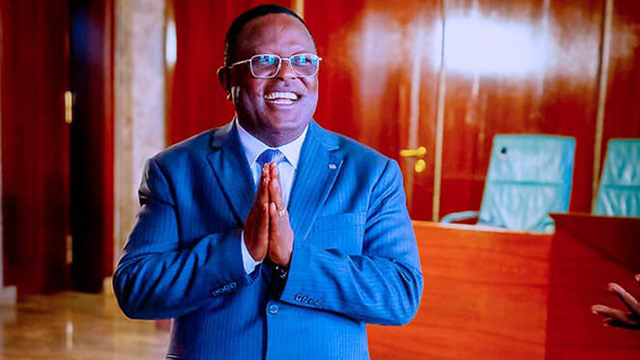 He noted that by empowering thousands of Ebonyi indigenes for entrepreneurial pursuits, the governor has demonstrated empathy and understanding of the socio-economic situation of Ebonyians.

He described the governor’s economic blueprint, which has placed the state on the map of fastest developing states in Nigeria with a catalogue of multi-sectoral projects doting the nooks and crannies of the state, as a model for good governance.

Eze, who is also a member of APC Legacy Projects Media Team (APCLPMT), disclosed that Umahi has translated his philanthropist disposition to governance, stressing that by up scaling appointment of many young graduates as technical assistants into skill acquisition, the governor has widened his social safety net.

“Umahi stands out among his colleagues, having appointed over 100 executive council members, over 1,100 technical assistants and over 2,000 Ebonyi indigenes, who occupy political positions in the state, 90 per cent of who are youths with women making up over 30 per cent of them,” he stated.

Re-echoing the State Commissioner for Information, Orji Uchenna Orji, the APC chieftain noted that the governor had doubled up on the N1.8billion empowerment for youths after the #EndSARS protest, noting that another tranche of N900 million was made available through the NG-CARES Empowerment programme for farmers, Small and Medium Enterprises (SMEs), market men and women, youths and public work volunteers.

Playing Age Game in the Presidential Politics in...