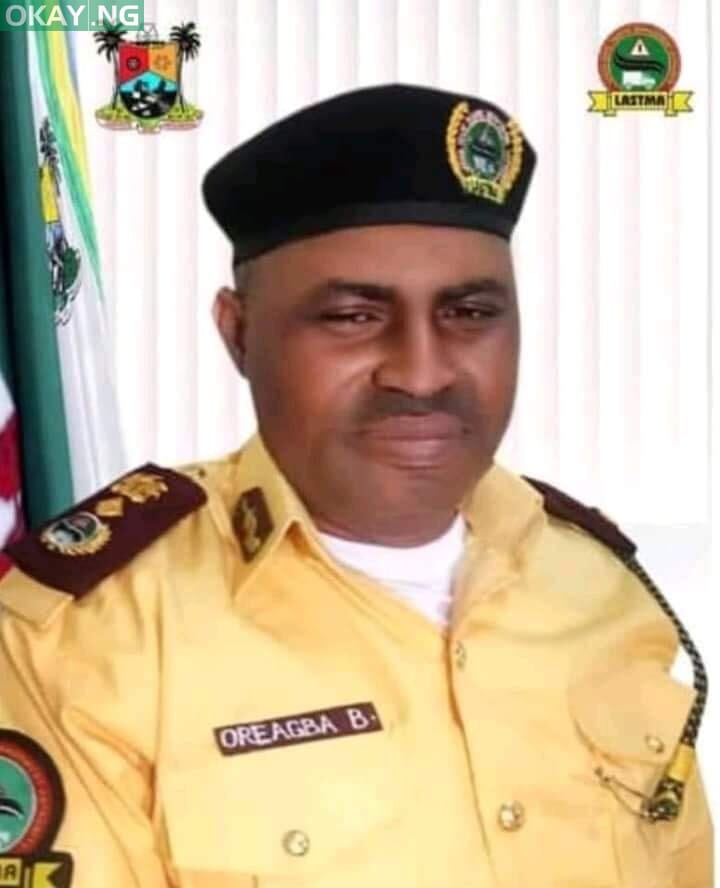 The management of the Lagos State Traffic Management Authourity (LASTMA) has denied involvement of its officer in an accident where a commercial bus trampled upon the foot of a young lady by the roadside at Chisco bus stop, Lekki on Wednesday, 13 April 2022. The LASTMA officer was seriously assaulted and injured in the video circulated on social media.

In a press statement e-signed and released to the National Association of Online Security News Publishers, NAOSNP by the Assistant Director, Public Affairs LASTMA, Filade Olumide noted: ‘From investigation conducted by the agency and information received, the LASTMA officer, Adebanjo Adeoye visited the GLO office at Chisco bus stop at about 9.30am to revalidate his National Identification Number (NIN) for his phone line that was blocked but GLO office was yet to open its doors to customers.”

According to Filade, “Adebanjo therefore decided to go back to his beat around Ajah and crossed the road to get a bus to take him. At this time, a commercial bus driver who was picking passengers at an undesignated bus stop must have sighted the officer thinking he was coming after him for the illegality he was committing, drove recklessly and trampled upon the foot of the lady seen in the video while the motorist escaped from the scene.”

‘The passers-by and bystanders, then, vented their anger on Adebanjo as they accused him of being the cause of the accident. They descended on the innocent officer and inflicted serious injuries on him despite pleas of other officers at the scene. Adebanjo was eventually rescued by an armed police officer while the crowd insisted on reporting the incident at Ajiwe Police Station’

‘The initial investigation by the DPO of Ajiwe Police Station exonerated Adebanjo while the DPO said his attackers should have poured their energies into apprehending the errant motorist that marched the foot of the lady and also that the incident was not within Ajiwe jurisdiction.’

‘Adebanjo was then moved to Ilasan Police Station to incident the attack and thereafter taken to hospital for medical attention’, NAOSNP reports.

The LASTMA General Manager, Bolaji Oreagba used the opportunity to warn Lagosians to stop attacking government officials or be ready to face the full weight of the law. He noted that members of the public should at all times channel any grievance they may have against any government official to the appropriate authorities for resolution instead of attacking them as they are out there to provide service to the populace.

The Police are out hunting for identified perpetrators of the attack on Adebanjo Adeoye, the press statement noted.