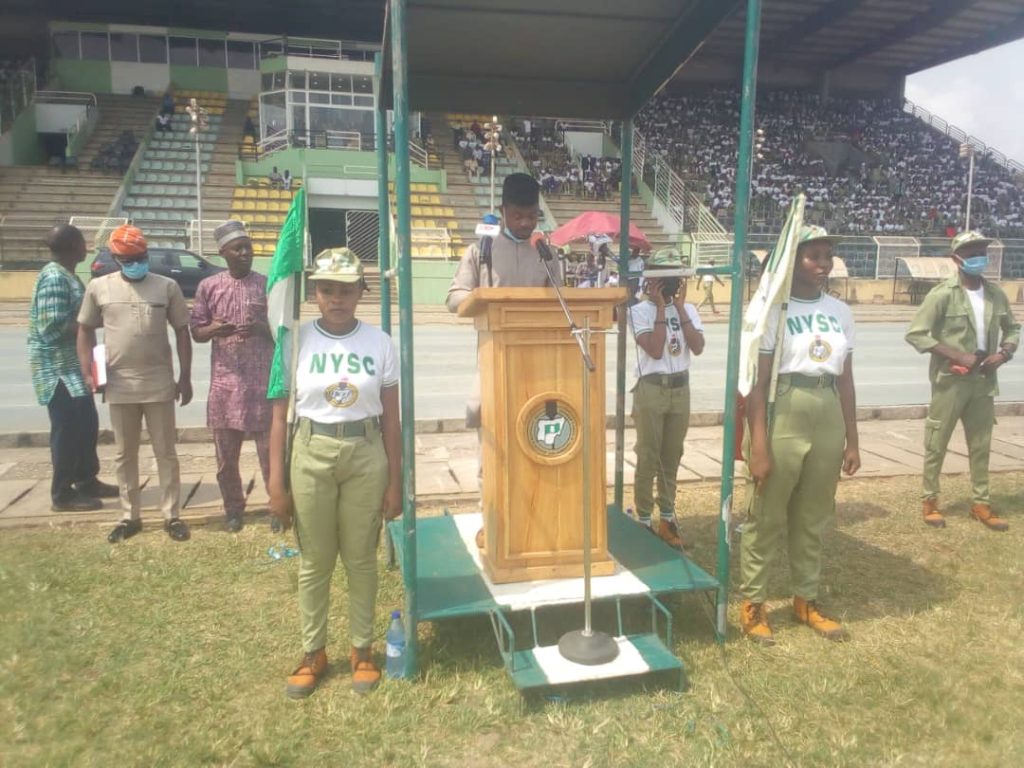 Ogun State Governor, Prince Dapo Abiodun who was represented by the Commissioner for Youths and Sports Development in the State Oluwadare Kehinde while charging the Corps Members to be good ambassadors of the country, promised that Government will continue to provide enabling environment for the promotion of the ideals of the Scheme

Ogun State Coordinator of NYSC, Belinda Ameze Faniyi urged them to utilize the relevant skills they acquired during the course of service, while also cautioning them against involvement in crime and other social vices

The NYSC Scheme was established in 1973 to promote National Unity and Integration among youths, especially young graduates, in a bid to reconcile, rehabilitate and reconstruct various sections of the country, after the Civil war