**ARMY PUBLIC RELATIONS TAKES ADVOCACY ON POSITIVE USE OF SOCIAL MEDIA TO PERSONNEL IN SOKOTO, CALLS FOR EFFECTIVE USAGE*

In a bid to enhance the perspective of personnel on the effective and positive use of the Social Media(SM), the Directorate of Army Public Relations has taken its advocacy on SM to 8 Division Area of Responsibility (AOR). The theme for the workshop is “Emergence of Citizens Journalism: Enhancing National Security and Cohesion through Responsible Media Reportage by Nigerian Army Personnel” and was held at Lieutenant General TY Buratai Auditorium, Headquarters 8 Division Giginya Barracks Sokoto on 20 January 2022. 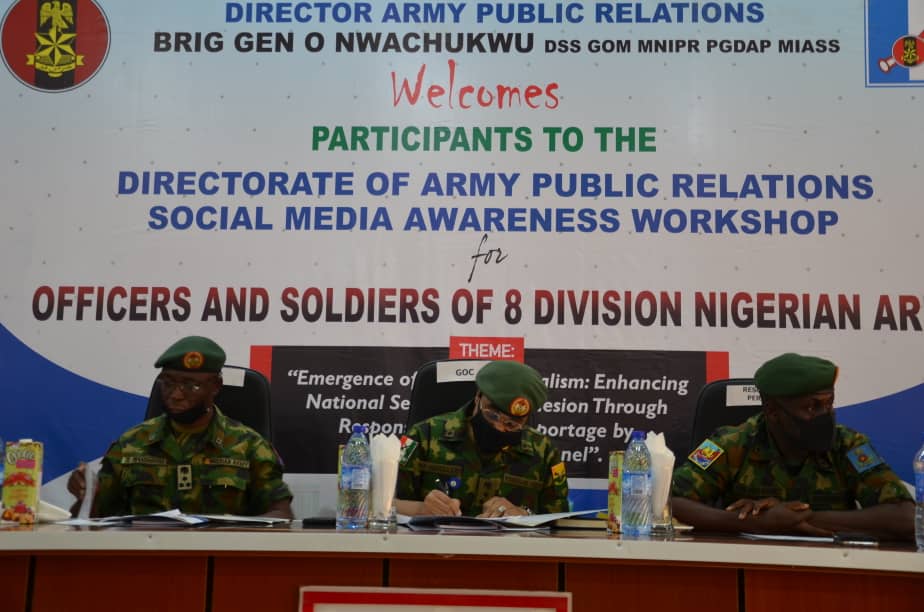 Declaring the workshop open, the General Officer Commanding 8 Division, Major General Uwem Bassey represented by Brigadier General Aminu Abdullahi charged the participants to internalize lessons learnt in the workshop and effectively use the social media to promote the image and reputation of the NA. He urged participants to use the social media responsibly without jeopardizing their personal and operational security. He further charged all to collectively mitigate the challenges associated with negative use of the social media, which he said has huge implications on operational engagements and national security. He lauded the Directorate of Army Public Relations for seizing the initiative to embark on the advocacy drive to raise the level of awareness of the personnel. 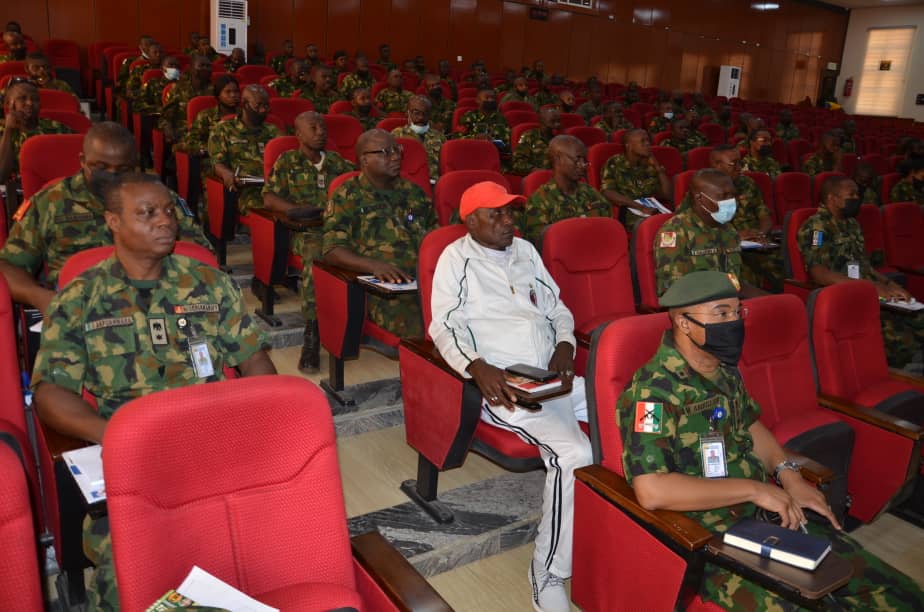 Cross section of the Nigeria Army

Earlier in his welcome address, the Director Army Public Relations, Brigadier General Onyema Nwachukwu stated that the workshop was organized to basically upscale the understanding of personnel of the NA on the use of the social media. This he said, is necessary to effectively employ the social media as a force multiplier for ongoing military operations to positively change the narrative in support of the NA and its operations.

The workshop had two lectures delivered by Brigadier General Bobby Ugiagbe and Jibrin Baba Ndace, both of who pointed out in their respective presentation, that the Social Media is a two edged sword with the potential for both positive and negative usage that could positively or negatively impact on the image of the NA.Thereafter, there was an interactive session, which provided the participants the opportunity to clear grey areas on the presentations.

9 YEARS OF POWER SECTOR PRIVATISATION IN PERSPECTIVE:DISCOS ARE NOT TO BLAME; NERC IS THE MESS By Adeola Samuel January 20, 2022 Victor Oriola