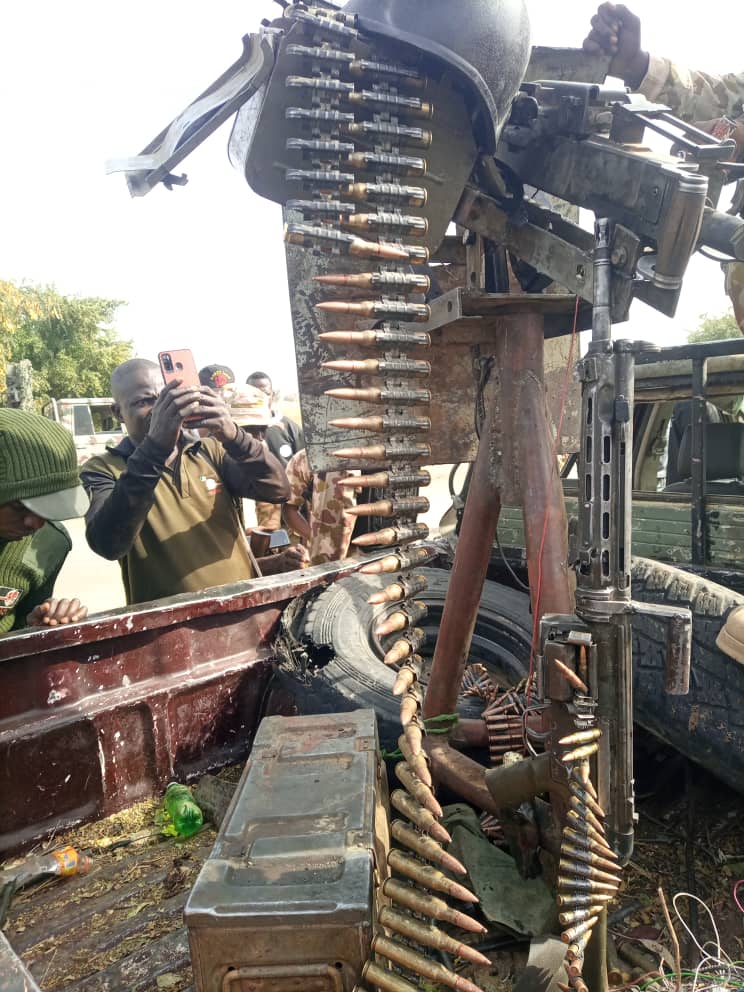 The criminal elements met their Waterloo, when the gallant troops of 231 Battalion and 331 Artillery Regiment swiftly routed them in a failed incursion at Maina Hari village in Biu on Saturday15 January 2022.

In the intense battle, troops unleashed superior fire power on the terrorists, neutralizing five BH/ISWAP terrorists, compelling others to withdraw in disarray..

The gallant troops also captured from the terrorists, one gun truck, one Deshka M Anti Aircraft Gun, one HK 21 Machine Gun, one Rocket Propelled Grenade Bomb, 137 rounds of 12.7mm Anti-Aircraft Rounds amongst others. Troops are currently in pursuit of the fleeing terrorist.

President Buhari and Crushing the Boko Haram Insurgency By 2023