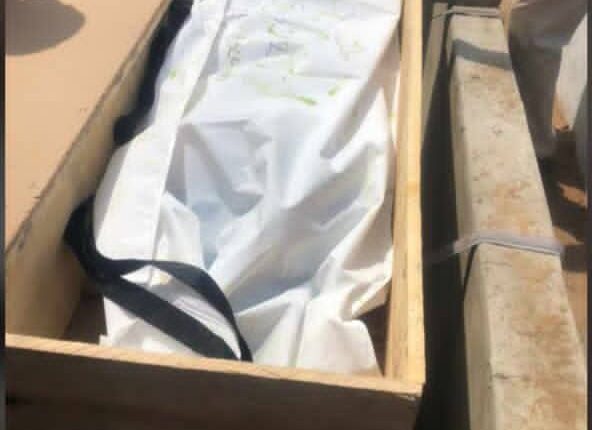 The anguish of parent, siblings, and family members reached a tipping point as the remains of a National Youth Service Corps member, Oyindamola Zainab Sanni, who died in the 21-storey building collapse in Ikoyi on November 1, 2021, was laid to rest amid tears and lamentation.

The remains of the 25-year-old was interred at the Ikoyi Cemetery on Thursday afternoon after several efforts by family members to recovered her body from Lagos State Government for the final rites.

Following report of her death, her lifeless body was recovered on November 3, 2021, and moved to IDH, family members had accused the state government of withholding the remains of the deceased and preventing the family from burying her and achieving proper closure from the tragedy.

In its defense, the state government, through the Commissioner for Information, Gbenga Omotosho, claimed that the samples collected from relatives of the collapsed building victims had to be sent abroad and the bodies would be released to respective family after confirmation from scientific proven reports.

“As soon as the results come out and they can match the samples with the bodies, the bodies will be released to their relatives,” Omotosho had said.