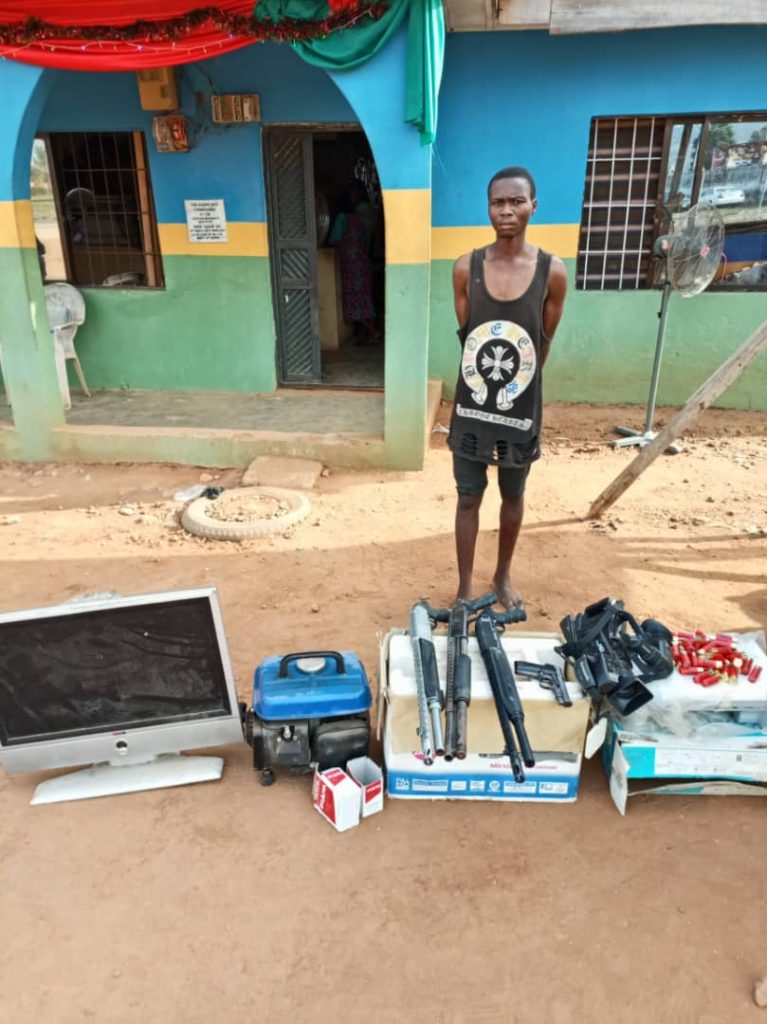 In a press statement e-signed and released to the National Association of Online Security News Publishers (NAOSNP) by the Command’s Spokesperson, ASP Abutu Sunday stated that, “On 22/11/2021, one Babafemi Jide of Odo-Oro, Ado-Ekiti reported that unknown persons broke into his dwelling house at about 0900hrs of the same day and stole one plasma television set, one photocopy/printing machine, one video recording camera, one stabilizer, one tiger generator and a sack containing raw rice.”

According to Sunday, “Upon the receipt of the report, the Command’s Rapid Response Squad (RRS) swung into action and arrested one ALABA AKINLADE in connection with the crime.”

During interrogation, ALABA AKINLADE confessed to the commission of the crime and further claimed that he is a member of a gang of armed robbers that comprises two others who are currently at large.

However, all the looted items were recovered from him while effort intensified by the RRS Operatives led them to their hideout along Afao Road, Ado-Ekiti where *three pump action guns, one Beretta pistol and forty-one live cartridges* were recovered.

Investigation revealed that the arrested suspect is an ex-convict who was just released from Nigeria Correctional Center, Ado-Ekiti.

Meanwhile, effort is ongoing to ensure the arrest of the fleeing suspects.

The Ekiti State Commissioner of Police, CP TUNDE MOBAYO, while maintaining that the arrested suspect will be charged to Court as soon as investigation is concluded, implore everyone to be law abiding citizens and report all forms of criminal activities observed in their environs to the Police and other law enforcement agencies or call 08062335577.

Over 50 Million Naira Up for Grabs in...