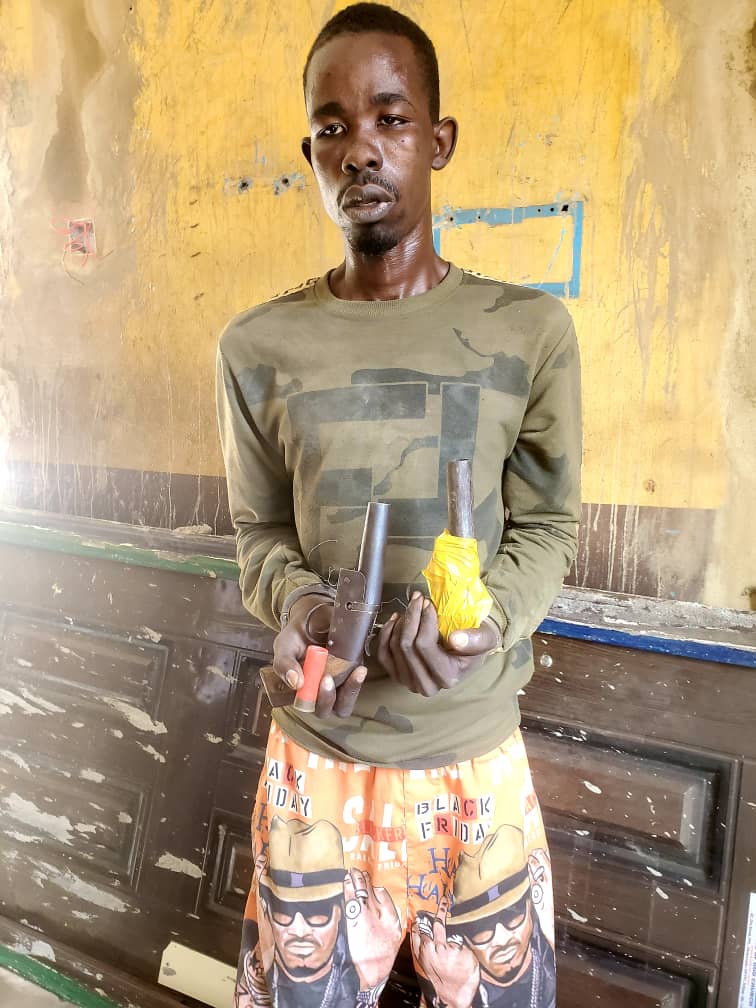 In his unrelenting effort to ensure that armed robbery, kidnapping, cultism and criminality finds no hiding place in Lagos, the State Police Command has arrested a suspected armed robber with locally made pistol.

According to Ajisebutu, “The suspect was arrested at about 0930hrs of 30th November, 2021 along NEPA Road, Alaba Rago Market, Ojo, Lagos by an anti-crime patrol team of the Ojo Police Division during a routine patrol of the area.”

In a release issued by the Lagos Command Police Public Relations Officer, a Chief Superintendent of Police CSP Adekunle Ajisebutu he said that,

“Items recovered from the suspect include two locally-made pistols and one live cartridge concealed in a bag.”

The suspect, upon interrogation, confessed to be one of the men of the underworld that are responsible for the spate of robbery in traffic in Alaba, Ojo, Iba and similar places in the state in recent times.

Following his arrest, the Commissioner of Police, CP Hakeem Odumosu immediately directed that the suspect should be transferred to the Command’s Tactical Team for diligent investigation and prosecution.