AKUME IS A LIABILITY WITHOUT POLITICAL VALUE – BENUE APC GROUP 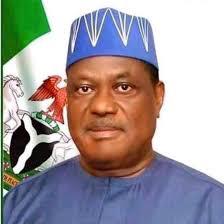 Contrary to Senator George Akume’s claims that he lost re-election to the Senate because of his support for President Muhammadu Buhari, a group known as Zone B APC Youth Agenda in a statement Monday in Makurdi, described the narrative as totally false.

“The truth is that Akume has been the one weighing down President Buhari in Benue State by virtue of his unpopularity”, the Group argued.

According to the Zone B Youth Agenda, “Akume is a liability to the APC. He is the singular reason the party lost Benue. If he is allowed to hold sway, the party will fare no better in 2023.” They declared that Benue people are leaving the party in droves because of Akume’s anti people interest.

The group accused the defeated Senator of promoting selfish interest, greed and lust for money through acts of extortion from Benue people.

According to the Zone B APC Youth Agenda, “in 2019, President Buhari scored better in the elections than Senator Akume” this they noted is in contrast to the false narrative by Akume who won only 2 Local Governments Areas (Tarka and Makurdi) out of the 7 LGAs that make up Benue North West Senatorial district (Zone B) where he (Akume) hails from.

The Group further argued that if the Tiv people voted out of hate for Akume and his support for Buhari as he claims, how come the President scored higher votes than Akume?