How to prevent, treat snakebites 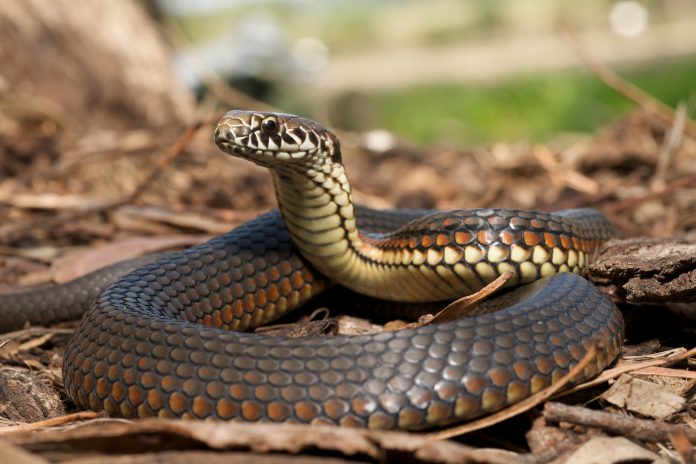 Snakebite poisoning, scientifically known as envenomation, has remained a major public health challenge in Nigeria and across the world. Snakebites can be dangerous, sometimes, they can result in death.

According to the World Health Organisation, snakebite envenoming is a high-impact disease.

The WHO also noted that snakebite is a tropical disease as the majority of incidents occur in the world’s tropical and sub-tropical regions, adding that it particularly impacts the poor.

“It is very difficult to determine the number of snakebites that occur worldwide, but the best available evidence suggests that each year as many as 2.7 million people develop a clinical illness following a bite from a venomous snake.

“In the field of clinical toxinology, which studies snakebite and other illnesses caused by venomous and/or poisonous organisms, the term used for such an injury is “envenoming” (American “envenomation”), and patients suffering the effects of venomous snake bite are said to have been “envenomed”. Of the 2.7 million people envenomed each year, between 81,000 and 138,000 die as a result, and as many as 400 000 of the survivors are left permanently disabled,” WHO said.

It may be a cliche, but it is true, prevention is indeed better than cure, and many a time, snakebite accidents can be prevented. S, how can it be prevented?

1. Do not walk bare-footed: Wearing protective footwear especially in areas with dense vegetation.

2. Keep grasses short: WHO said snakes are typically shy creatures that spend most of their time hiding, and piles of human rubbish and old construction materials make perfect shelter sites. Cleaning up and keeping the grass short in areas close to dwellings, along pathways, and in places where children play, are measures that can reduce the likelihood of snakebites.

Similarly using light when walking outside at night is essential in areas where some snakes forage after dark. Even the short walk from the house to an outdoor latrine can be fatal if you step on a snake in the dark.

3. Seal your houses: Many homes in areas where snakebite is endemic are constructed in such a way that snakes can gain access. Sealing houses so that snakes cannot enter the dwelling can help to prevent snakebites, but if this is not possible, the simple act of sleeping on a raised platform with a well-tucked in mosquito net can prevent not only mosquito-borne diseases but also snakebites, the world health body advised.

However, it must be stressed that taking prompt and proper steps when snakebite occurs cannot be overemphasised.

Proper medical care after a snake bite can prevent complications, infections and also reduce the severity of the injury.

The world health body noted that the administration of the appropriate antivenom is the most effective treatment for life-threatening snakebite.

WHO said the best antivenom also works better when it is administered quickly following a bite, as many of the effects of snake venom are irreversible, including some neurotoxic, cytotoxic, haemorrhagic and haemotoxic effects.

“Snake venoms are also highly variable in their toxic components and effects. This variation exists not only among species but often also within a single species among geographical regions, age and size classes, or between the sexes.

“As a result, antivenom raised against the venom of one species or population may not be effective in the treatment of envenoming by snakes from other species or even other populations of the same species.

“There are often barriers that complicate the task of ensuring early access to appropriate antivenom to snakebite victims, including lack of appropriate transport networks in developing countries, lack of unbroken cold chain-based distribution systems that can maintain the integrity of antivenom (which may require refrigeration) in rural and remote areas, and general lack of infrastructure associated with healthcare facilities. Surmounting these challenges is essential to effective control of snakebite envenoming,” WHO said.

The UN body said the best first aid approach for snakebites is to immobilise the bitten person and keep them from moving around at all.

“The application of pressure at the bite-site via a pressure pad, a compression bandage applied to the bitten limb, or both may be effective in delaying the onset of systemic effects, but is only recommended for bites from snakes with predominantly neurotoxic venom, and not for those that cause significant local tissue damage.

“Place envenomed patients on a makeshift stretcher and transport them to medical care without delay. If possible place them on their side to help protect their airway and breathing,” WHO notedAyodeji