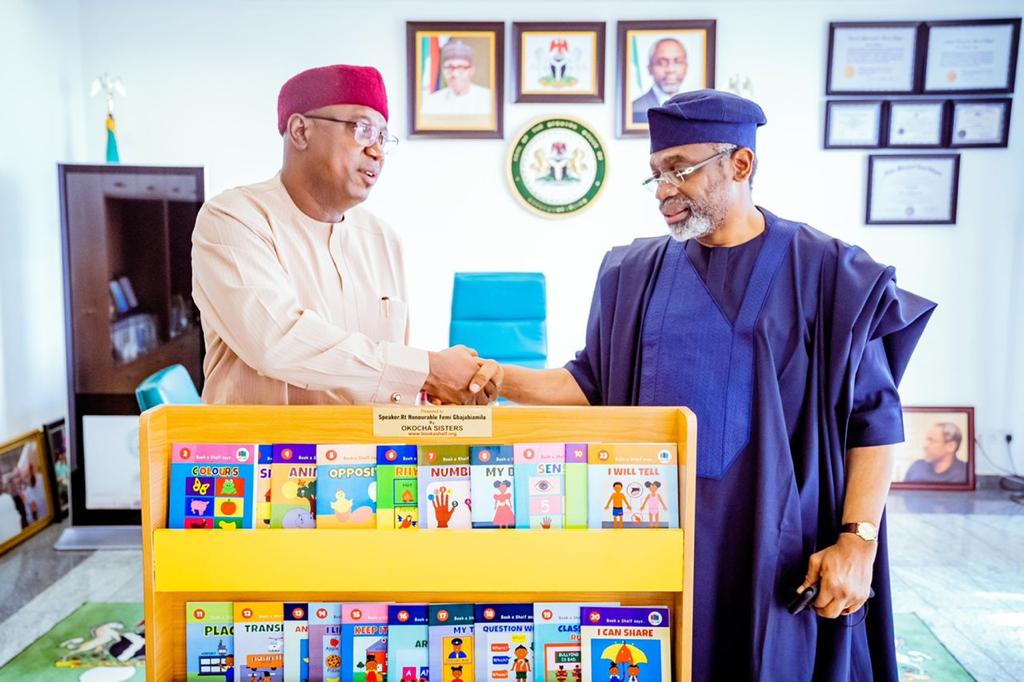 Hon. Femi Gbajabiamila, Speaker of the House of Representatives, has applauded the senator, representing Imo North in the National Assembly, Sen. Frank Ibezim, for his efforts in promoting the revival of reading culture among Nigeria’s schoolchildren via his pet Classroom Library project.

Sen. Ibezim had, on Wednesday, visited Speaker Gbajabiamila in the company of Hon. Bamidele Salam, Renèe Okocha and Mrs. Noni Okocha, Executive Director, ‘I Am the Future of Nigeria Youth Initiative’, IFON, in his office at the National Assembly.

It would be recalled that Sen. Ibezim had embarked on national campaign for the Classroom Library project, which he believes will greatly stir schoolchildren to develop interest in reading from the early stage.

Apart from donating books worth million of naira, Sen. Ibezim had been visiting fellow lawmakers in the National Assembly to solicit their support.

They all pledged their support for the project and promised to convince other lawmakers to buy into the idea.

It was in continuation of this push that Sen. Ibezim took his team on a visit to the Hon. Gbajabiamila.

The Speaker expressed fulsome praise for Mrs. Okocha for her visionary efforts in preparing the Okocha sisters for a life of education and service.

He further poured encomium on the young Okocha sisters for their consistency in their work and vowed to dedicate his energy towards supporting the work of both the Okocha sisters and IFON.

Hon. Gbajabiamila, in an Instagram post after the visit, enthused: “I met young Author Reene Okocha, who with her sister, Zara Okocha have published over forty books on various subjects. She was accompanied by Sen. Frank Ibezim, Rep. Bamidele Salam and her Mother during a courtesy visit to me in Abuja today.”