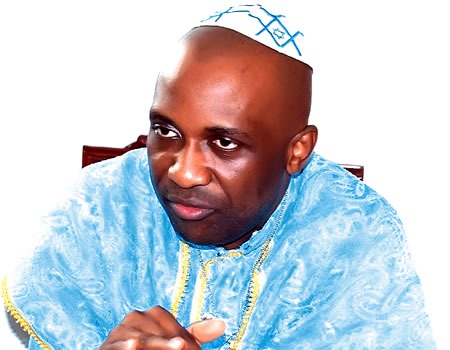 One of the most topical issues in Nigeria in the past few days besides the crisis from the EndSars memorial is the visit of Turkish President, Recep Tayyip Erdogan to the country.

Erdogan visited Nigeria on a two-day working visit and was received by President Muammadu Buhari in a colourful reception at the statehouse.

Address journalists after his reception, President Erdogan spoke on several issues including his country’s bilateral trade with Nigeria spanning over 60 years.

According to him, the terrorist group which tried to oust him on July 15, 2016, leaving 251 people martyred and between 2,200 and 2,734 people seriously injured in a failed but deadly coup is operating illegally in Nigeria.

He said: “The terrorist organisations, the armed gangs, and the marine bandits are continuously active in Nigeria and the Nigerian authorities are continuously fighting against them. So, in order to cooperate further in the fields of military, defense, and security, we are doing everything that will be available.

“The perpetrator of the heinous failed coup of July the 15th, FETO, is still illegally active in Nigeria, and we are continuously sharing our intelligence with the Nigerian interlocutors and authorities. I hope and pray that our Nigerian brothers will forge a closer solidarity in this field with us, the Republic of Turkey. I hope and pray that our visit will yield the most auspicious results and I would like to thank my distinguished brother, President Buhari, for being such a gracious host for me and for my delegation.”

Interestingly, the statement by the President of Turkey opened a curtain to one of the prophecies of the popular Spiritual Leader of Inri Evangelical Spiritual Church, Primate Elijah Babatunde Ayodele, which has been severally ignored by the government of President Buhari.

Recall that ahead of Nigeria’s 61st Independence celebration on October 1, Primate Ayodele had warned of the emergence of a new terrorist group that would be deadlier than Boko Haram.

Then, Primate Ayodele had urged the government of President Buhari not to sleep on his prophecy as the terrorist group will definitely emerge.

Primate Ayodele said: “Let us also be prayerful, I see bandits kidnapping people in the top hierarchy. There are places they want to attack in the north and Abuja. Let the government pray on the 1st, 2nd, and 3rd of October to save Nigeria from all unnecessary threats because there is going to be a new terrorist group with sophisticated weapons.

“We have to pray more for our security issues because the Taliban will reinforce in this New Year and there will be a major attack before the end of this government.”

The President of Turkey’s statement about Fetullah Terrorist Organisation (FETO) operating in Nigeria illegally is both an announcement and a confirmation that indeed a new terrorist group has emerged in Nigeria.

The fact that FETO was audacious to also attempt to oust the government of Turkey also confirms that it is a deadly group that might cause havoc in the future if not handled with an iron fist by the government of Nigeria.

While FETO it is yet to take responsibility for any attack in Nigeria yet, it is only a matter of time before they become full-fledged and start causing havoc in the country.

Above all, what President Edogan has confirmed with his statement is the fact that Primate Ayodele was indeed spot on about his prophecy on the emergence of the new terrorist group.

FETO which is led by Fetullah Gulen is described as an atypical, armed terror group that exploits the religious sentiments of the people. It is also known to target new political, economic, and social order by changing the country’s constitutional order.

According to Turkey’s Deputy Justice Minister, Yakup Mogul, FETO is also an organization that “hides its true purpose with educational, social and religious services, and tries to “infiltrate the most critical institutions of the state under the guise of legality.”

While typical terrorist organizations aim to increase their power and human resources with the method of force and intimidation, FETO acts in secrecy and infiltrates state institutions under a legal guise as a method.