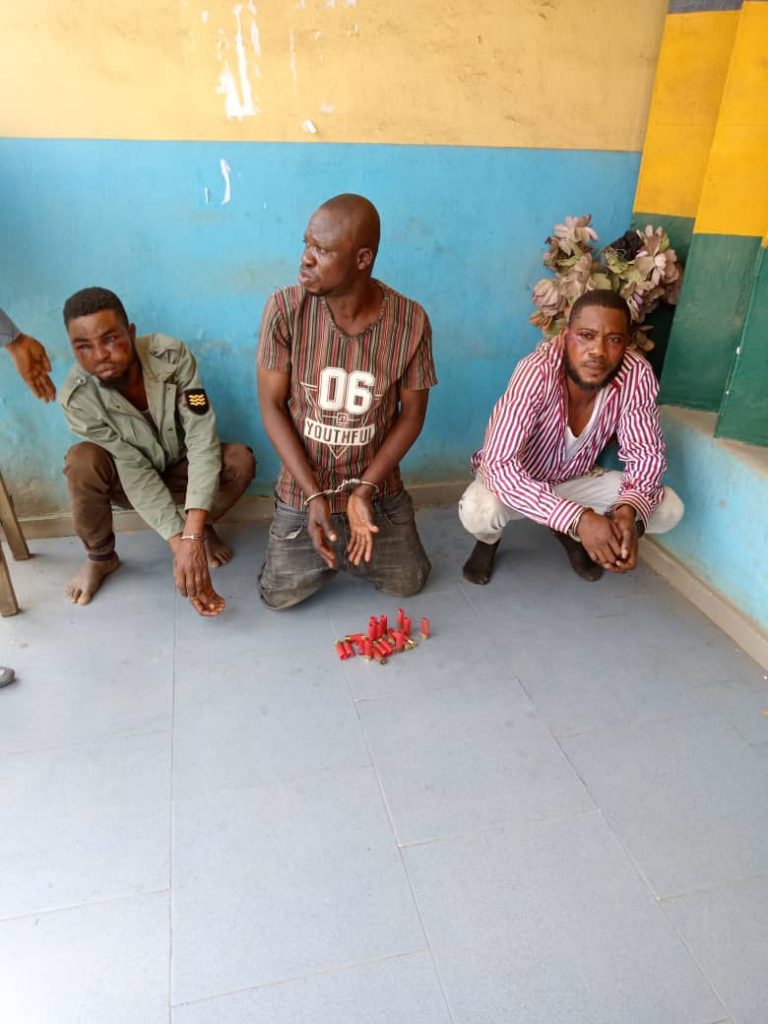 Three suspected land grabbers were on the 25th of October 2021 arrested by men of Ogun state police command while invading Jegede village in Igbesa area of Ado odo ota local government with dangerous weapons, with which they inflicted varying degrees of injuries on members of the community.

The suspects, Adewale Muyibi, Kamoru Ayodele and Taofeek Ogundele were arrested following a distress call received by the policemen at Agbara divisional headquarters that armed hoodlums have invaded Jegede village and were shooting sporadically.

Upon the distress call, the Dpo Agbara division, SP Saleh Dahiru, led his men to the scene where six men, namely Sunday Okorie, Shoneye Akeem, Lakan Oloyede, Jimoh Musibau Akande Oyedeji and Hamzat Idiris, who have been shot by the hoodlums were rescued to the hospital for treatment, while three amongst the hoodlums were apprehended and others escaped.

Recovered from them are; six live cartridges and fourteen expended cartridges.

Meanwhile, the commissioner of police, CP Lanre Bankole, has directed that the suspects be transferred to state criminal investigation and intelligence department for discreet investigation.

He also directed that the fleeing members of the gang be hunted for and brought to justice.

The CP therefore warned land grabbers to stair clear of the state, as their violent activities will not be tolerated by the command under his watch.

Getting children back to school non-negotiable, says Chukwuemeka Nwajiuba

*WE MUST ENSURE THE INTEGRITY OF THE RECRUITMENT EXERCISE’ – PSC, deploys staff for Constable Exam nationwide*