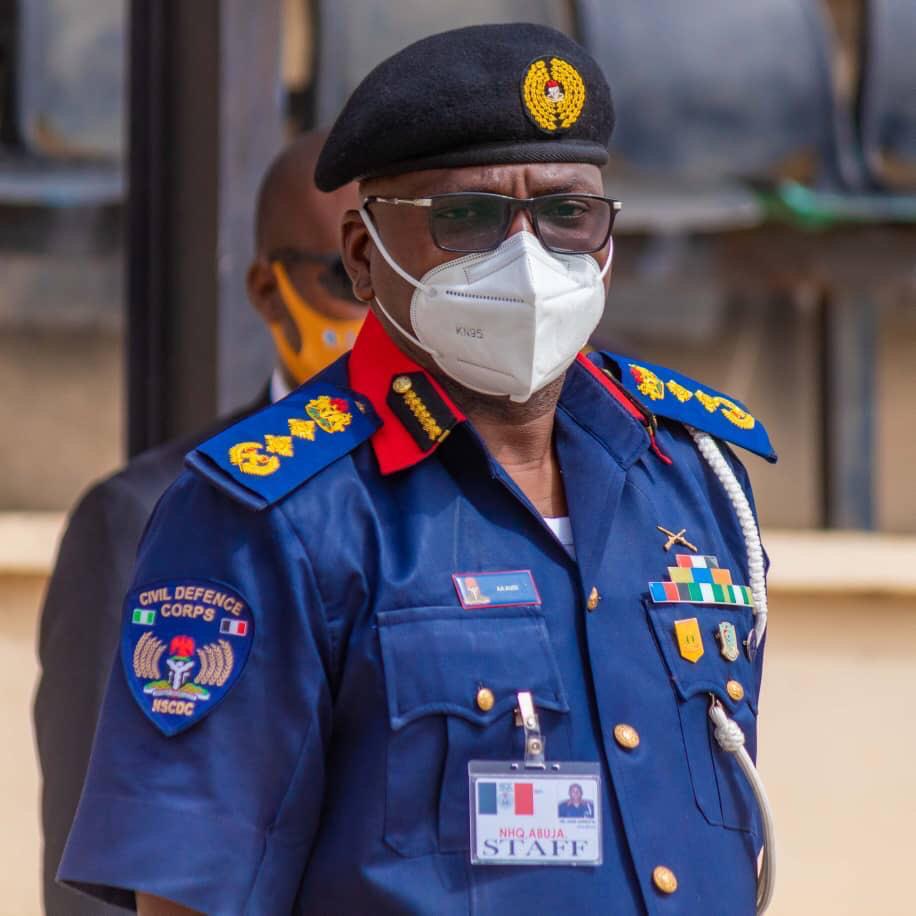 In order to enhance effective security service delivery across the Country, the Nigeria Security and Civil Defence Corps under, the leadership Dr Ahmed Audi has called to action among the management and staff of the corps.

In a press statement e-signed and released to the National Association of Online Security News Publishers (NAOSNP) by the director of public relations, DCC Olusola Odumosu stated that, “The Commandant General of Nigeria Security and Civil Defence Corps, Dr Ahmed Audi, PhD, mni, has called to action, management and staff of NSCDC for a continuous journey to meet the needs of Nigerians and to justify their reasons for earning salaries from tax payers money.”

According to Odumosu, He made this statement during the opening ceremony of a two day capacity building workshop organized by the Servicom unit of the Corps on the theme “Restoring a Culture of Excellence in Service Delivery” at the Corps National Headquarters, Abuja with participants drawn from zonal and state Commands of the Corps.

The CG averred that the Servicom workshop could not have come at a better time as the Corps is on the path to charting a new course and drawing up programs to ensure it delivers on the local charter of the unit in line with the revamping and restructuring agenda of the service. He charged all participants to level up, gain knowledge and add value to the Corps by making their presence felt in their different formations.

The Servicom unit of the Corps under the supervision of Servicom Presidency was set up in 2004 to drive service effeciency in all MDAs in the country and has since been striving to position the Corps as the ‘Defender of the Defenceless’ while at the same time upholding its vision to build a positive culture that would create a unique identity for the Corps in the security architecture of the country.

Speaking at the opening ceremony, the National Coordinator of Servicom under the Presidency, Mrs Nnenna Akajemeli said the yearning of Nigerians to get excellent service has presented the need for review of the Servicom charter while projecting innovative ideas to update knowledge and enhance capacity and networking for more robust service.

Mrs Akajemeli stated that with the current security challenges in the country, there is need for proper segmentation between the organisation and the citizens towards ensuring that footsoldiers who put their lives on the line are not only commended but protected, equipped and better positioned to serve Nigerians optimally.

While declaring the workshop opened, the CG who was represented by the Acting Deputy Commandant General in charge of Crisis Management, Nnamdi Nwinyi called on all Officers and men of the Corps to be more committed to the mandate of the Corps like never before and charged the Servicom unit at all levels to ensure compliance of personnel with extant rules as it beholds on them the responsibility of ensuring that NSCDC is in good standing with all it’s stakeholders.

Another high point of the opening ceremony was the unveiling of the Servicom suggestions boxes which would be positioned in strategic places within the office for anyone to freely drop useful information, observations and suggestions that will help the growth of the service for the management. Special recognition awards were also presented to outstanding formations such as Imo and Borno state Command and some deserving officers for their exceptional inputs and commitment to service.