MISS SECURITY NIGERIA: SP MATILDA NGBARONYE DECLARES ‘IN MY NEXT LIFE, I WILL BE A POLICE OFFICER AGAIN’ 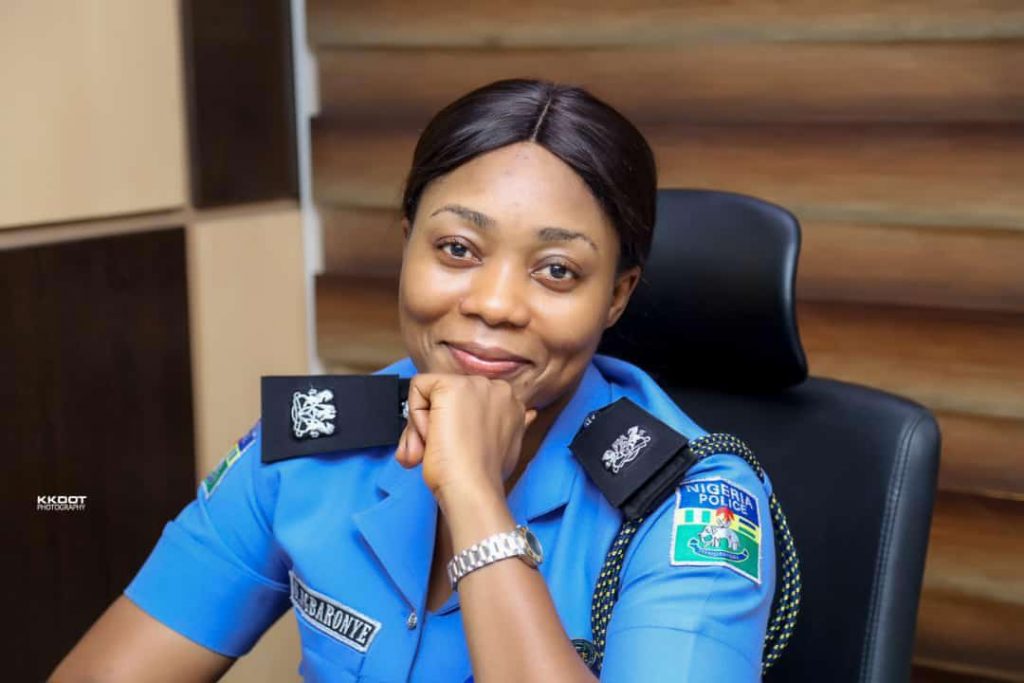 If there is such thing as reincarnation, a highflying police officer, SP Matilda Ngbaronye has boasted that she is willing and ready to retun as a police officer. The Secretary to the Lagos State Police Commissioner, Matilda said this on the sidelines of the just-concluded Miss Security Nigeria 2021 which held last weekend in Lagos. At the event reputed to be Nigeria’s first and only beauty pageant dedicated to security, the beautiful and intelligent officer stated that she has the best job in the world because she is sacrificing for country and humanity.

Speaking on the fireside chat with Yomi Oyelami of Trek Africa Newspaper, SP Ngbaronye affirmed: ‘My job is passion and compassion combined. In my next life, I will be a police officer again.’
‘Being in the uniform gives me a superhuman feeling because I know being able to lay your life for your country and humanity is the best job that anyone can have. Nigerian Police Force giving me the platform is the best thing ever.’

Also in attendance at the event were Matilda’s superiors in the Nigeria Police. They include the Commissioner of Police CP Hakeem Odumosu represented by ACP Ola Agboola, DC Lagos SCID Panti, DCP Adegoke Fayoade; Officer in Charge of Lagos State Traffic (MOTOPOL), CSP Titilayo Oriyomi; as well as many officers and men of other security agencies.