The Medical Director/CEO of Isolo General Hospital, Dr Godwin Akhabhoa has expressed satisfaction with the tremendous progress made by the Orthopedic department of the hospital which is one year old. 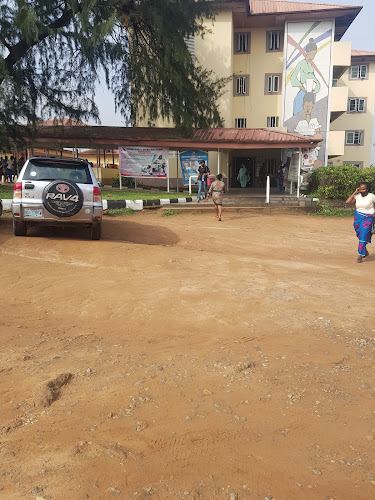 Dr Akhabhoa, who was visibly elated recalled how the emergency unit used to be inundated with patients with broken legs or hands arising from either motorcycle or car accident which is rampant in the part of Lagos where the hospital is located.

According to him, the hospital could only refer them to other hospitals where they sometimes do not receive adequate care since Isolo had no facility to take care of them then. Driven by his resolve to change the narrative and proffer solution to the rising accident victims, the indefatigable and multiple award-winning Dr Akhabhoa set machinery in motion and within a short while, an orthopedic department of the hospital was set up. “We felt that it is our responsibility to take care of such medical need, we made it part of our strategic plan for last year. To the glory of God, we were able to carry out the plan which gave birth to the orthopedic department,” he said, adding that with the number of high-profile surgeries done so far, the orthopedic department, which he described as a child of necessity, has come stay.

In the first one year, a total of 199 accident victims were treated, but increased by 224.1 % as at September 2021 as 545 patients have so far been treated this year. In 2020, 100 males were attended to while females were 99. So far, in 2021 a total of 227 males came to the clinic while females were 318. There was also significant increase in the number of surgeries done in the department. In 2020, 10 surgeries were carried out, but so far in 2021, 25 surgery cases had been handled, an increase of 150%. Also, in 2020 surgeries were performed on seven males and three females, but in 2021 the number of females that have had surgery jumped to 11, while that of male increased to 14. The department, Dr Akhabhoa says, was borne out of necessity. This has been justified with the increasing figures of accident victims being attended to.

On the prospects of the department, the Medical Director said, “The sky is our limit. We are working hard, looking towards the future to improve our performance and see that we procure more equipment and get more procedures performed.” Speaking further, Dr Akhabhoa said that he was looking forward to having more orthopedic surgeons, nurses and various assistants that will take the practice to higher level. “In the next five years, I want to see a large fully functional orthopedic unit where all the required surgeries like hip replacement, knee replacement can be done by highly trained doctors,” he added. Dr Akhabhoa commended the Lagos State government for its giant strides in the health sector of which the Isolo General Hospital is a beneficiary.

On the effect of doctors exiting the country for greener pastures abroad, Dr Akhabhoa said that it is the patients, the common man, that are at the receiving end. According to him, the well to do can always find their way out of the country to meet their medical needs which everyone cannot afford.

Also speaking, the pioneer doctor of the orthopedic clinic, Dr Adebayo Adewale, Consultant, Orthopedic Surgeon, said that the past one year has been challenging and interesting. He attributed the increasing number of patients to the quality of service being rendered and the awareness which those being treated are creating for the hospital. “The patronage is increasing by the day by virtue of what we are doing,” he said. He said that the categories of patients vary from adult, young people and even children. He said that due to the increasing cases, the hospital is considering increasing the number of surgeries performed weekly to accommodate more patients.

Dr Adewale commended the Medical Director for his support and assistance to the orthopedic clinic. He said that he had provided everything within his capacity to put the clinic on a good footing.

A cross section of the patients attending the orthopedic clinic all gave a vote of confidence to the hospital. They commended the quality of service being offered at the orthopedic clinic of Isolo General Hospital. Mrs Comfort Bello Ajani who had a domestic accident described the service as “very okay.” Another patient, Mrs Okon Beauty who had motorcycle accident said the service, “has been good.” She said that the doctors have been attending to her and have told her what to do to help the leg heal fast, while Tosin Pauline who had the Plaster of Paris on one of her hands because of motorcycle accident said the service, “is nice.”

Mrs Ifemakwulu Loveth also expressed satisfaction with the quality and prompt service extended to her baby who had twisted leg at birth. “We have been coming weekly in the last six weeks for therapy. After the sixth week, the Orthopedic Doctor removed the Plaster of Paris on the boy’s leg and asked me to start wearing him a shoe. We are here for a checkup. From my observation, the baby is okay now and I am happy with the treatment and attention given to us. They should keep it up,” she added.

MISS SECURITY NIGERIA: SP MATILDA NGBARONYE DECLARES ‘IN MY NEXT LIFE, I WILL BE A POLICE OFFICER AGAIN’