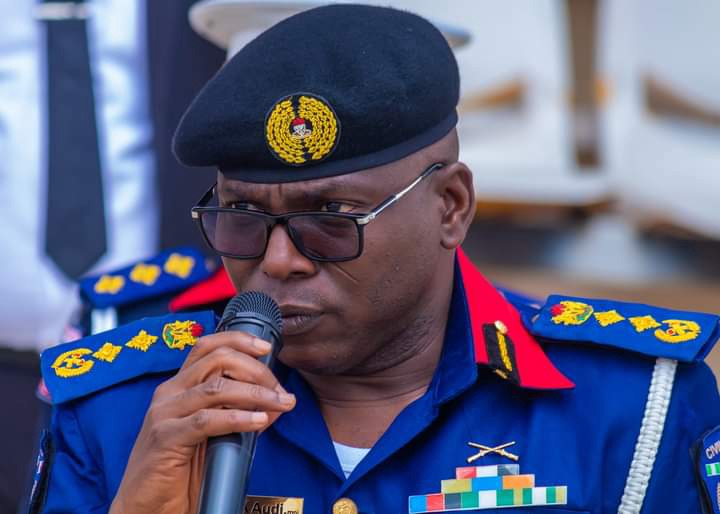 Following the spate of attacks and kidnapping of students in schools from different parts of the country, the Nigeria Security and Civil Defence Corps has conducted a vulnerability survey of all schools in the country according to the six geopolitical zones, states, senatorial districts and local go

The CG, NSCDC, Dr. Ahmed Audi, mni, made this revelation while briefing Corps personnel at the National Headquarters, Abuja on his policies and programs to reenergize the service.

He maintained that the Corps is saddled with some very serious mandates and that, protection of Critical National Assets and Infrastructure alone amount to even greater responsibilities and the Corps must rise to the occasion by adopting new strategies if any serious impact is to be made.

“There is need to roll out policies and programs that will constantly boost the morale of personnel to put in their best. I will make sure that all entitlements and operational allowances for the Rapid Response Squad, Female squad and any other assignments given to any personnel are paid so that we can prove to Nigerians that we are back again’’ Audi said.

He further assured that very soon, all outstanding promotion arrears will be paid and personnel will have cause to smile again. Adding that, in no distant time, Nigerians will start seeing the Female Squad in action as the Corps is planning to work with the Federal Ministry of Education to work out modalities for providing adequate security coverage for all schools in the country to checkmate the incessant attacks and invasion of schools by bandits and kidnappers in different parts of the country.

Dr Audi disclosed that, his data showed a very high level of vulnerability of some schools in different parts of the country but he also expressed confidence that the data obtained from the survey he conducted has become a veritable tool for the Corps in carrying out this serious assignment.

According to CG, the safe school initiative is a project that the Minister of Interior, Ogbeni Rauf Aregbesola is very passionate about as it concerns the safety of our school children and he has charged him as a matter of urgency to develop a template to end this nightmare.

“This is a very serious assignment and there is need for effective execution across board, i shall ensure effective deployment of personnel to protect our schools and restore the confidence of students, teachers and parents alike; the glory of our educational system must be restored because upon this lies the future of this country” the CG said.

He gave the charge for the selection process of the Female Squad to commence immediately in all the State Commands in order to replicate what he has done at the center, while equally approving a one month intensive training program and proper kitting of the squad in line with his vision.

Dr. Audi stated that the Corps will work in synergy with other sister agencies because synergy and collaboration is a necessary mechanism in winning the war against insecurity as no organization can work in isolation and achieve anything tangible.

He advocated for intelligence sharing among security agencies of government as a panacea to nipping crime and insecurity in the bud and also charge fellow Nigerians to assist security agencies succeed with timely releases of credible information to help fight crime in the society.

The NSCDC Boss restated his commitment to justify the creation of the Corps under his leadership and charged all the newly redeployed State Commandants to protect the mandates of the Corps in their various domains by effectively securing lives and property as well as the environment, leaving no stone unturned in all matters of security concern.

Boko Haram, ISWAP Will Fade Out But Another Tough Terrorist Group Is Coming’’ – Primate Ayodele Warns