As the day passes by, the word of the Lord spoken through his prophet, Primate Ayodele has continued to be fulfilled. This week alone, about three prophecies of his have come to pass with the death of former Angola president, Jose Dos Santos being the third.

Surprisingly, Primate Ayodele warned about this development five days ago as it was published in several online newspapers. This warning was contained in his prophecy for some nations in Africa that include Angola, Benin Republic, Malabo, DR. Congo, among a host of many others.

Primate Ayodele in this prophetic warning categorically urged the citizens of Angola to pray not to lose a former president.

“In Angola, let them pray not to lose the country’s former president, and in the coming election, there will be a serious election between the incumbent and opposition. If the president allows the coalition to work against him, he will lose the election, but if he works very well and does the needful, it will be difficult for the coalition to unseat him.”

As the man of God warned, the former president was pronounced dead yesterday after failing to survive an unknown illness.

It would be recalled that the prophecy of Primate Ayodele on the resignation of Boris Johnson as UK prime minister, assassination of former Japan prime minister, Shinzo Abe came to pass this week. 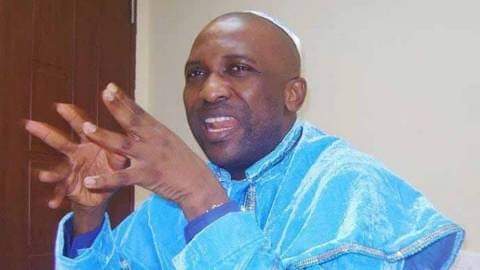